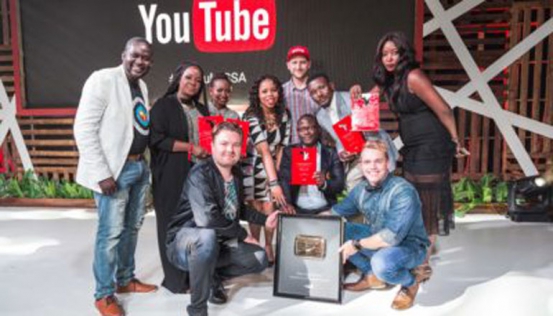 At the concluded YouTube Africa awards that took place over the weekend in Johannesburg South Africa, Kenya was well-represented scooping three awards. The three who won include comedian Churchill, makeup artist Kangai Mwiti and Jim Nduruchi.

‘’This one's for you. Thanks so much guys, for all your support. Without you there wouldn't be this. #YouTubeSSA#CreatorAwards#bellesaafrica.’’ Kangai posted after she received her award.

Other winners included Anne Kansiime who won two awards for her comedy show and top subscriber creator in Uganda. Tanzania was represented by none other than Diamond who won top subscribed creator in his home country.