Murathe: From near bankruptcy to ‘mtu wa mkono’ for Chinese

Former Jubilee interim vice-chair David Murathe is not your ordinary Kenyan. He is an experienced political operative and scion of a family that was one of the largest wines and spirits distributors in Kenya.

Murathe made the headlines with his recent onslaught to stop Deputy President William Ruto from succeeding President Uhuru Kenyatta when his term ends in 2022.

Of interest is that Murathe is not running for any elective post or his Jubilee position, which he has since relinquished.

But behind the scenes, Murathe, the former Gatanga MP, is known as one of the smoothest of political go-betweens for Chinese contractors and the government.

‘Brokerage fees’ and ‘facilitation fees’ for some of the deals, for which Murathe is a high priest, are eye-watering. What is more, in the eye of Chinese government top brass, Murathe exceeds some Cabinet secretaries as an influence peddler and cog in turning levers of soft power in Uhuru’s Kitchen Cabinet.

Never mind, Murathe filed for temporary bankruptcy to avoid auctioneers over a Sh50 million loan in 2005, but he now sits pretty in financial uplands.

Political observers thus found it curious that Murathe, a diehard Uhuru loyalist and former aide, would be against the political ambitions of the Deputy President in the ruling Jubilee Party: Uhuru and Ruto’s ‘Ferrari Presidency’ was backed by Ruto’s Kalenjin community in the 2013 and 2017 elections on the understanding that Uhuru’s Kikuyu Nation would rudisha mkono and back Ruto in his 2022 bid for the highest office in the land.

Murathe suggested that the ‘political understanding’ was between Uhuru and Ruto and not between voters in Central Kenya and those in Rift Valley.

He even suggested backing former deputy premier Musalia Mudavadi if the Luhyas unite behind him for a stab at the presidency.

The hornet’s nest that Murathe stirred fanned political temperatures following a fierce reaction from Ruto and his political camp.

Murathe quit his vice-chair position to continue with the ‘Stop Ruto Movement’ outside the Jubilee Party.

Murathe’s crusade is akin to the ‘Change the Constitution Movement’ that was spearheaded by the late politician Njenga Karume and the Mt Kenya Mafia to stop then vice President Daniel arap Moi from automatic ascending to the Presidency upon the death of founding President Mzee Jomo Kenyatta in the mid-1970s.

How far Murathe will go is yet to be seen, but his fray into Kenyatta II succession politics has refocused attention on the man.

Murathe’s old guy, William Gatuhi Murathe, was a prominent businessman who  owned the famous WG Murathe Wines and Spirits. The venture was only rivalled by Central Kenya Agencies, also a wines and spirits business operated by the family of the late Philip Gachoka, father of Tony Gachoka.

Tony is the former chief of protocol when Raila Odinga was Prime Minister during the nusu mkate government of retired President Mwai Kibaki.

The Murathes and the Gachokas were based in Thika, where they also dabbled in coffee, transport and real estate business.

It is instructive to note that their wines and spirits ventures were licensed during Jomo Kenyatta’s regime.

So well connected were the families that Njenga Karume recalls in his 2009 biography, Beyond Expectations: From Charcoal to Gold, that he gave Gachoka senior a soft loan of Sh60,000, which was quite some dough at the time - without asking for collateral- in the 1960s to bankroll Central Kenya Agencies, whose first client was Utalii Hotel.

The Gachokas controlled Central Kenya, while the Murathes had Nairobi and its environs.

WG Murathe died in April 2017 and President Uhuru mourned him as “a self-made man who excelled in wines and spirits business, coffee farming, transportation and construction.”

The family’s proximity to the power elite is such that David Murathe was and still is President Uhuru’s social buddy with whom he shares makali and self-salting roast goat ribs.

Murathe is a common fixture at Thika’s Blue Post Hotel owned by the Kenyatta family. Before becoming Uhuru’s key aide, Murathe was Gatanga MP from 1997, before losing to Peter Kenneth in 2002, when Uhuru also lost to Mwai Kibaki in the presidential race.

Murathe played an active role in Uhuru’s campaigns during the 2013 and 2017 General Elections.

Besides politics, the Murathes’ in-laws are equally quotable: Murathe’s sister Rachel is married to publisher and former Githunguri MP Njehu Gatabaki, while the other sister Margaret got hitched to former Amagoro MP A.A.A. Ekirapa - the first Teso to earn a university degree.

Rachel’s daughter, Natasha Gatabaki, who stormed the local music scene in the late 1990s with the group INTU, is married to former Kenya Solicitor General Njee Muturi, now the Deputy Chief of Staff at State House.

Murathe schooled at Nairobi School (not St Mary’s) and counts Musalia Mudavadi among his schoolmates and from where they both proceeded to the University of Nairobi, where Murathe cut his teeth in student politics.

A the same time, Uhuru lost the Gatundu seat to little-known Moses Muhia and Murathe offered to resign so that Uhuru could be elected to replace Prof George Saitoti as vice president. This did not happen. Saitoti was reappointed by the roadside after someone moved to court, with Moi saying he would wait to see if the decision would add more sufurias of ugali in people’s homes.

Murathe lost the Gatanga seat after vying on Uhuru’s Kanu ticket in the 2002 elections. While Uhuru assumed the role of Official Leader of Opposition in Parliament, Murathe took a low profile as an aide to Uhuru when he served as deputy premier and minister for Finance in the nusu mkate government. 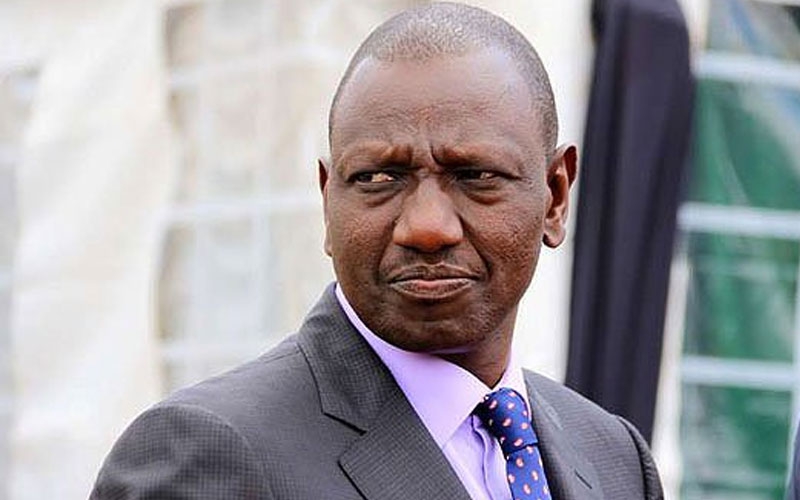 Ruto flies below radar amid split in Jubilee 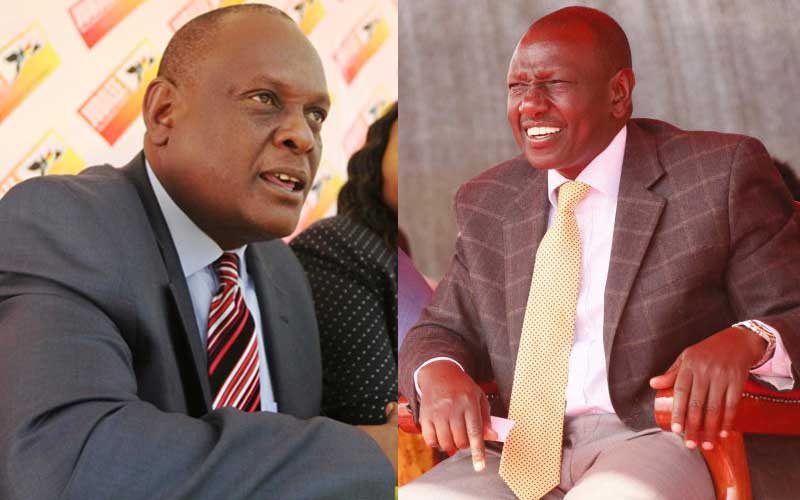 You’re not eligible to vie in 2022, David Murathe tells Ruto

By Kevine Omollo and Isaiah Gwengi | 2 years ago 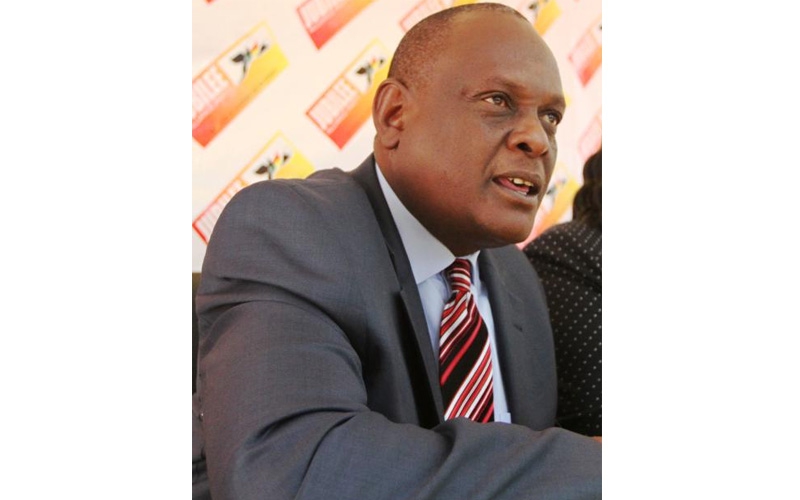