Tupac Shakur has been spotted 'alive' in the background of a live news report, according to claims by conspiracy theorists.

The sighting was posted on social media on Wednesday with claims that the rapper can be seen dancing to music in the video.

The rapper, who was also known as 2Pac and Makaveli, was murdered in a Las Vegas drive-by shooting in 1996.

In the subsequent 23 years, there have been numerous 'sightings' of the rapper, with some believing that he faked his death at the time

The unearthed news footage from 2011 of Occupy Wall Street in New York has been analysed by conspiracy theorists, who point to Tupac allegedly wearing a yellow rain poncho in the background.

The rapper only appears for a matter of seconds but it is enough for many to enhance their theory that he hasn't died and has, instead, made a new life for himself away from the spotlight.

In the clip, the person that is claimed to be Tupac, is seen looking straight at the camera before disappearing into the crowd.

The same person then reappears a few seconds later but this time they are obscuring their face with a hood before dancing back out of shot.

The video was shared widely on Twitter and garnered plenty of comments from fans who thought this was proof that the rapper had survived the shooting.

One dissenter pointed out that it was hugely unlikely that Tupac would appear at such a public event.

They tweeted: "I love the idea that Tupac went through the trouble of ditching his multimillion-dollar career, faking his murder and fleeing the hemisphere for 15 years to escape the overlords, but then decided to show up at an Occupy rally in NYC in 2011 without a face cover because why not?”

Tupac has been 'sighted' in numerous places since his death, with a radio show guest claiming that he was living in Haiti.

This was after a 'secret photo' showed him allegedly living in South Africa, which aged him in his 40s. 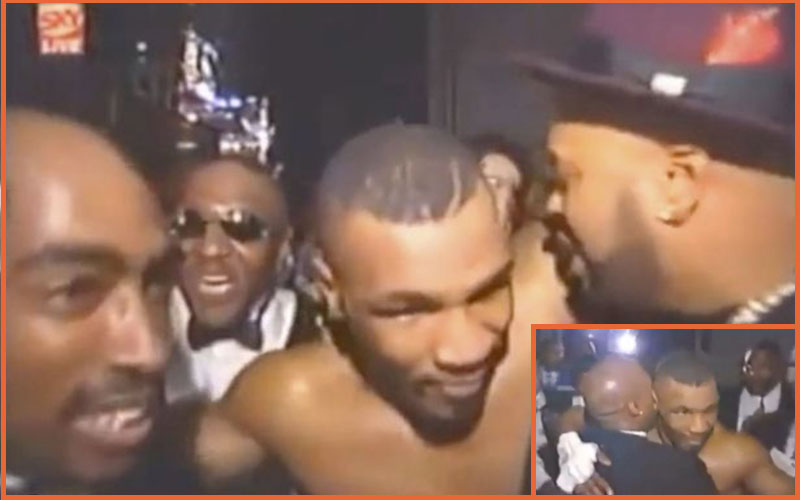