How the rich kids of Zimbabwe spend their cash

From $14,000 alligator skin, gold-plated Giuseppe Zanotti trainers to a Batmobile and private jets furnished in gold, the so-called Rich Kids of Zimbabwe have no shame in displaying their wealth.

In a nation where GDP per capita is a lowly £1,593 - less than Afghanistan's - the wealthy appear more than happy to flaunt their riches and even dismiss critics by telling them to stop hating.

Those willing to show off their luxury lifestyle include the sons of Robert Mugabe - who resigned as president on Tuesday afternoon - the children of wealthy businessmen and property moguls.

The country even has its own version of the Kardashians - Vanessa Chironga and her sister Michelle - who drive around limited edition Land Rovers and spend tens of thousands on weddings and honeymoons in The Seychelles.

They are joined by so-called 'prophets' - Church preachers who show off their fancy cars and bundles of fifty dollar bills.

While calls were made in 2017 for Robert Mugabe to resign his sons Robert Jr, 24, and Chatunga, 20, were enjoying their luxury lifestyle.

While studying American Architecture in Dubai, he turned up in a black Batmobile, which he showcased to his 23,000 followers on Instagram, and showed off travelling in a private jet, with an interior decked out completely in gold.

His brother Chatunga regularly hits the African headlines as one of the continent’s most outrageous spenders.

Two weeks earlier, a video emerged of him pouring a bottle of Ace of Spades champagne over his diamond-encrusted Rolex watch.

Chatunga told his Instagram followers, with a picture of watch: ’$60,000 on the wrist when your daddy run the whole country ya know’.

Despite outrage at their spending, they continue unashamedly, with Junior saying: ‘They keep on talking, we keep on rolling.’

The so-called 'Zimbabwe Kardashians' - Vanessa Chironga and her sister Michelle, both 28 - are daughters of property mogul and politician Philip Chiyangwa who is worth $280 million (£211 million)

Expensive fur, lion-skin handbags, and even gold designer high heels on top of Michelle’s birthday cake - nothing is too extravagant.

But Sidney Himbara Jr arguably tops the lot for parading his wealth online.

His dad Sidney Sr is one of the richest businessmen in the nation and through his account @Its_sirsid he shows off his various holidays around the world in private jets, yachts and a steady stream of ridiculously expensive cars.

He has shown off his customised alligator skin, gold plated Giuseppe Zanotti $14,000 (£10,500) trainers and a golden revolver that fires out lipstick pellets to his 5,860 followers.

In Zimbabwe, some preachers, go under the guise of ‘prophets’ touring the continent doing religious gigs on a par with Madonna concerts.

Uebert Angel is one of the largest and CEO of The Billion Group and self-declared ‘GODFATHER of the PROPHETIC MOVEMENT’.

Recently, he posted a picture of him next to a yellow Lamborghini, telling his 147,000 followers: ‘Money is an intellectual entity, it doesn’t enjoy the company of fools.’

Flamboyant businessman Genius Kadungure, 33, is known for flaunting his wealth and splashing out on pretty much everything.

He posts pictures of all his car keys to his luxury fleet from Porsches to Bentleys.

Property mogul Frank Buyanga wines and dines with heads of states all round the world and has a so many cars that it’d make most of Hollywood blush including a $320,000 (£241,000) Rolls Royce.

Buyanga was Zimbabwe’s youngest ever millionaire at 35 and owns property all around the continent and now resides most of the time in South Africa.

When asked by a local TV crew how many cars he has, he quipped: ‘How am I supposed to know?’

Zimbabwe’s richest ‘kid’ is Wicknell Chivayo, or Sir Wicknell, as he likes to be known to his thousands of followers.

The larger-than-life character, in every possible way, likes to post all his luxuries online.

The 37-year-old's excuse for buying custom-made cars is that ‘I fit comfortably, the seats are easily adjustable’ for his ample frame. 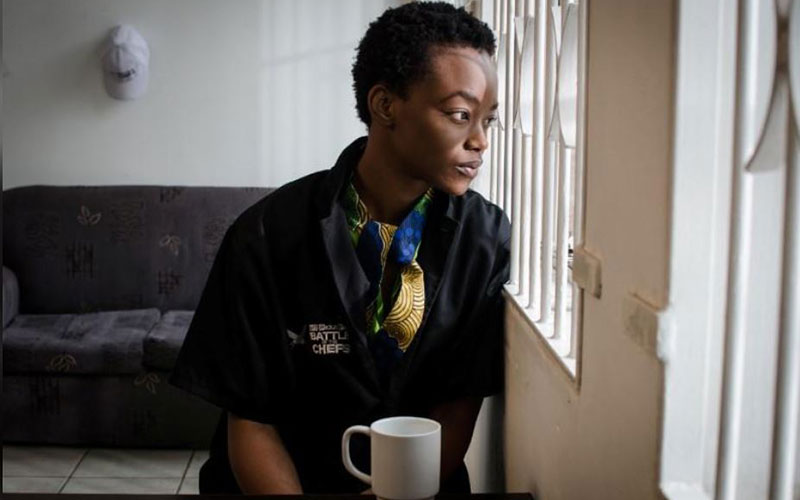