The Beijing Daxing International Airport is the size of 100 football fields, and boasts a main terminal which, at 700,000 sq m, is the largest one in the world.

The building itself is pretty eye-catching, looking like something out of a sci-fi film with a main 'body' and eight arms connecting the main hub to the various runways.

Passengers will be mainly in the central body of the airport which is home to the shops, restaurants and airport security.

It's a pretty impressive architectural feat, so it comes as no surprise that the airport was designed by the late Zaha Hadid, who has been behind some pretty incredible buildings around the world.

The new airport is estimated to host up to 72 million passengers annually by 2025, although it's actually been designed to accommodate closer to 100 million.

The main construction, which took approximately five years, was completed earlier this year, including features such as air traffic control facilities and a high-speed railway.

It currently will operate with four runways although there are plans to expand this in the future.

The mega airport is also being integrated into the city's existing transport links in a bid to make passengers' trips that little bit easier. 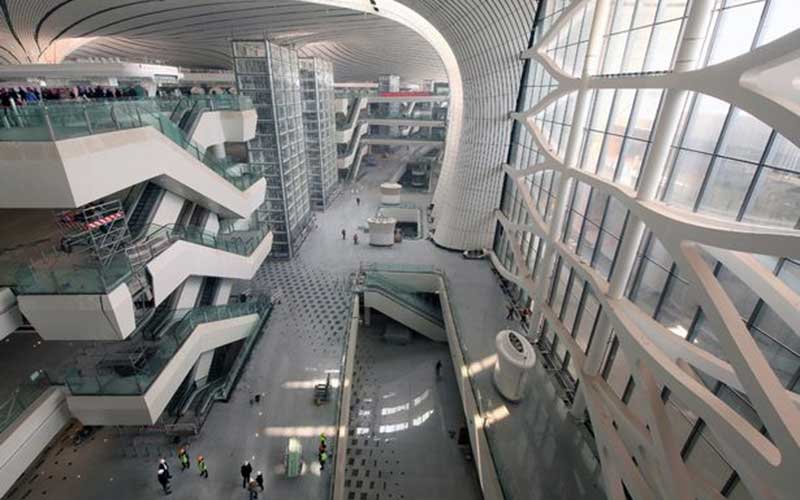