Did GSU officer attack, refuse to pay hooker after sex? 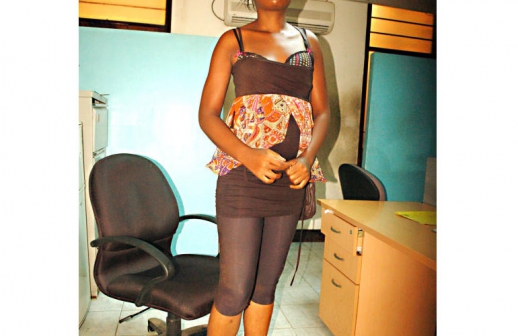 A commercial sex worker from Mombasa claims a General Service Unit (GSU) officer attacked her when she demanded to be paid for services rendered.

Lauren (not her real name), 28, said the GSU officer took advantage of her and abused her after offering him a night of pleasure at their barracks.

Speaking to The  Nairobian, Lauren said the officer had agreed to pay her Sh2,000 for sex.

The mother of three claims this was not the first time she was sleeping with the said officer, who picked her along Moi Avenue where she usually operates from.

“It was around 11pm when two GSU officers approached me and asked me to join them for a night of pleasure,” said Lauren.

She says they boarded a tuk tuk and proceeded to a local club where they partied for two hours before leaving.

“We went to the club at  midnight. They wanted to buy me booze but I declined because I don’t take alcohol, so they bought me juice while they enjoyed their beer,” said Lauren, adding that, “ We left the club at around 1am and boarded a tuk tuk and headed to the GSU barracks. His pal left us alone.”

She claims that the cop lied that since there were no M-Pesa agents operating at that hour, his friend would send her the money.

“I sensed he was playing me. After a night of passion, he received a call at around 4am and was asked to report to work. He left in a rush, promising to tell his friend to send me the money,” she revealed.

Lauren says that when she later called the officer to ask him about the money, he claimed there was no money that had been sent to his phone.

When The Nairobian contacted one of the bosses based at the barracks, he denied the incident claiming that, “No woman lodged a complaint about being beaten by the officers, neither had the issue been raised at the barracks”.

He insisted that, “I have not heard or received any complaint in the office from any woman about being assaulted by any officer, but we shall investigate and if there is any such incident, appropriate action will be taken.”

Lauren claims she was sent away from the Central Police Station where she had gone to record a statement.

Tyre Nichols' brutal beating by police shown on video
News
By AP
8h ago
Marriage on rocks: Many women just want a child, not a man
Lifestyle
By Peter Muiruri
13h ago
Tems becomes first Nigerian to be nominated for an Oscar
News
By Kirsten Kanja
13h ago
Japan launches whale meat vending machines to promote sales
News
By AP
14h ago
Jay Leno breaks bones in motorcycle wreck months after fire
News
By AP
14h ago
.