By Winnie Makena | 2 years ago 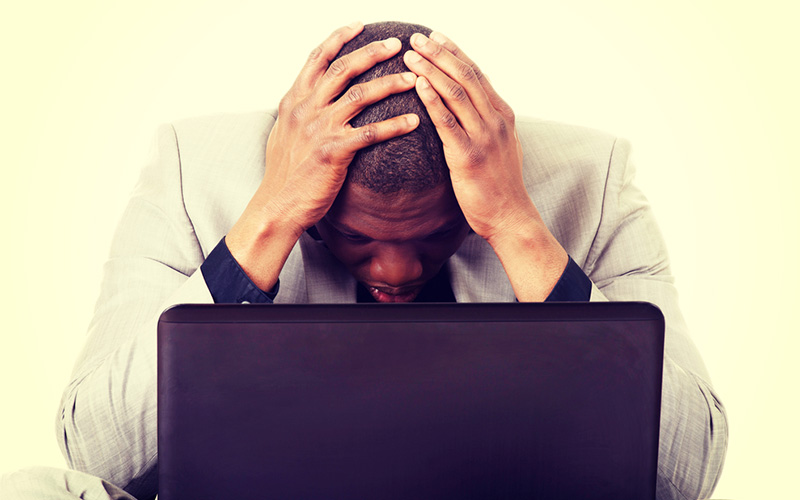 What causes these small businesses to fail? There are many reasons, but the most common are a lack of understanding of the market, and insufficient capitalisation, which means you run out of cash before you can cement your presence.

While there’s little that’s pretty about failure stories, it helps to remember that many of the world’s billionaires made a couple of wrong turns before they finally got things right. Even the richest man in the world, Jeff Bezos, hit a few walls before finally founding Amazon.

Closer home, in an attempt to grow our incomes, many of us have had to deal with the bitter taste of failure. So when Facebook user Eva*, asked ‘netizens’ what businesses they’ve tried and failed at, she understandably got numerous responses.

If you find yourself in the difficult part of the entrepreneurship journey, and you’re trying to decide whether to change course or keep pushing on, you’ll hopefully find some inspiration in these experiences.

I tried selling second-hand clothes for kids. My son ended up wearing even the dresses in the bale. Thank God he was too young to know what I was dressing him in.

A friend of mine started a mitumba business only to open the bale and find it full of karate clothes. That was the end of that business.

Quails. I got so frustrated I started giving them out to bystanders who didn’t even want the free birds, probably because they were suspicious. I got tired and set them free. Never again!

I opened a shop to sell compact disks. The plan was to load them with music and sell the discs. I’d play the CDs and people would flock to my shop. I got excited that I’m getting customers. Turns out they were only there to sit and listen to music as they waited for bus fare to go down so they could go home. I closed down soon after setting up.

I bought potatoes, a stove and paid for a storage area, ready to start a flourishing fast-food business. I rented a good place and opened for business. I was selling bhajias and chips at just Sh30, but my customers would complain the price was too high. After a week, some lady saw my business and started the exact same thing. I was soon run out of business.

Early this year, it was very hot and I was sure I’d hit the jackpot with my business idea. I decided to buy watermelons and go door-to-door in my estate selling them. I invested Sh200 in the business and got a profit of Sh220 on the first day. Happy and motivated, I prepared to do the same thing the following day.

However, on leaving the house, I encountered two of my neighbours carrying buckets of melons but I wasn’t discouraged – my customers were still going to buy from me. I was wrong. Every house I went to I was told they’d already bought from someone else. I just sat under a tree in that hot sun and ate Sh150 worth of melons. The rest I gave to the neighbourhood kids.

Quails, quails, quails. I hear those birds at my neighbour’s and my knees go weak. When quail eggs were going for Sh100 each, I invested in the birds, and then the price of the eggs dropped drastically to Sh1 bob. At some point, I gave the eggs to anyone who wanted them to boost their libido, assuming this was even a true claim. I got so angry that I’d slaughter like 10 birds at once. And because they were small, I’d hold five at a go, place them neatly on a chopping board, and slice them up.

Bedsheets were going to be my cash cow. I bought a bale of white sheets. I already had an order from a hotel and was excited to make the money. I got my bale, but on closer inspection of my goods, I saw a faded ‘Mortuary’ sign on each sheet!

I opened a butchery and bought three live goats to start off. I slaughtered and sold the first one and broke even. And then I slaughtered the second goat, but after three days of hanging it up on display, it started to smell foul, so I gave it away. I just took the third goat back to the market and sold it, and that’s how I said goodbye to entrepreneurship.

Mitumba from Gikomba have been my greatest undoing. I lost Sh100,000 buying second-hand clothes. Sometimes you open one bale only to get one or two wearable clothes.

Fresh out of college, I decided to start selling food to construction workers rather than staying idle. I found a site and convinced the workers to buy food from me. The agreement was that they’d pay me on Saturday when they’re getting their week’s dues. On Saturday, I went to the site to collect my money only to find they had finished the project on Friday. I sat on a stone and just cried.

After campus, I ‘tarmacked’ for about eight months and then decided enough is enough. I convinced some of my family members to give me a soft loan to open up a cyber café. I was getting like Sh200 per day, yet I was supposed to cover rent plus electricity bills.

I couldn’t manage. Luckily, some burglars came and stole the computers and saved me from sinking into depression and debt. It was one of those rare instances where you thank thieves because my relatives couldn’t ask for their money back.