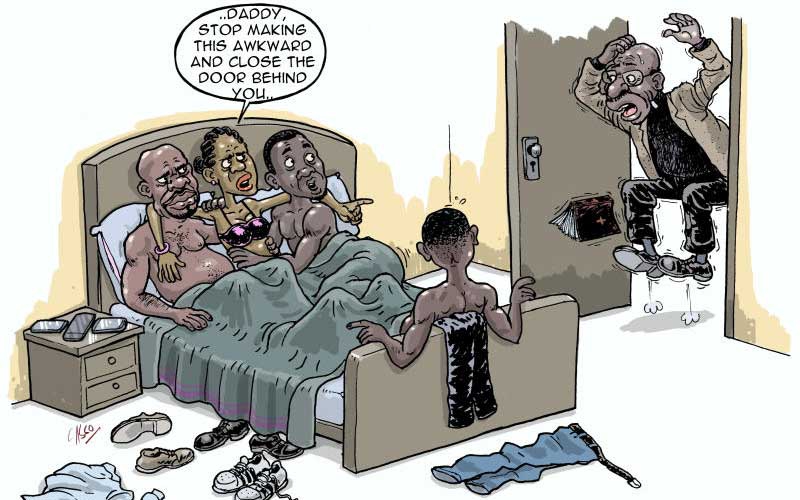 A woman is set to re-write the rules of marriage in a format most people had never imagined possible.

Though from a small, upcountry town, 36-year-old Anna-Grace Aguti, from Uganda’s eastern district of Ngora, is fast attaining heroine status in a country where many wealthy and sophisticated women wish they had her guts.

Her story made national headlines last week, after it emerged that she is married to three men.

Her father, a pastor, has enlisted the support of the local political councillors and backed them up with a team of clan leaders to fight the new order in his daughter’s homestead.

Unfortunately for the old man, he seems to be fighting a futile war despite a temporary victory he scored against the determined woman.

The practical polyandrist decided a couple of years back that she was not going to live with one man and chose instead to preside over a homestead of several husbands.

She had been in an unhappy marriage to one man whom she described as “useless” to the media because he used to drink alcohol and depend on her to provide for him. She quit the ‘useless’ marriage and returned to her father.

The doting, dutiful father gave her a sizeable chunk of land to start a new life. What followed was not exactly what he had in mind. Anna-Grace brought in a man to share her life with.

At first, dad was not bothered since she was also hard-working and by local standards, was becoming prosperous from her business of serving a delicacy of boiled cattle hooves, locally called molokony.

The first man she brought to her household did not last long for he had not realised he was living under a new order. Like a ‘normal’ rural guy, he beat Anna-Grace when she showed interest in another man.

She enlisted the services of bouncers and the offending husband was thrown out faster than he had been brought in.

She made it clear to the community that she was going to keep marrying and trying out different men until she zeroed in on the perfect one who would treat her like a queen.

Another man was brought home and she built a small house for him. But Anna-Grace did not find him exceptional so she brought him a second helper and also built him a small house in her compound.

She then added another man and for a while settled for three husbands, each with his small house where they wait for their turn to play husband on their duty nights.

As they compete to please her, Anna-Grace kept checking out other men in town to see if they qualified to be added to her ‘harem’.

But her dad early last month said enough was enough, and brought a big delegation of elders and local leaders to evict her men.

A tough argument lasting a few days ensued before a village elder invoked what he called the area’s standing bylaws, saying the men had not been introduced to the local authorities.

This, he said, involves presenting recommendation letters from their previous areas of abode, quoting their national identification particulars.

Without these, the men were liable to arrest so they were sent packing. Within two weeks, one of the men was back, panting with triumph and anxiety. He had secured all the required documents and there was no further justification for keeping him out of Anna-Grace’s homestead.

So far his other two co-husbands have not yet returned. So the lucky fellow is now playing husband uninterrupted because he is the only one on the duty roster.

But that doesn’t amount to much, for Anne Grace is still looking for the perfect man to treat her like a queen.