By Nduku Muema
5 years ago 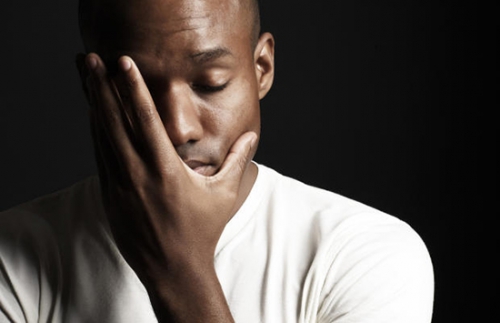 Perhaps it’s time Kenyan authorities passed a law declaring payment of dowry optional. That is, if reports that exorbitant bride price is one of the things that has trapped some women in abusive marriages, are to be believed.

A case in point is of a woman who called a vernacular FM radio recently, explaining how her husband beats her up at the slightest provocation whilst shouting, “My cows! My cows! My cows!,” in mother tongue. And she stays put, afraid to complicate the matter further by running back to her parents because they are not in a position to refund the dowry — if he came demanding it.

Many young men also report that the inability to meet unreasonable dowry demands is one big reason why they are unable to get married. Nothing captures this commercialisation more than a recent case in which the body of a 33-year-old woman had to be exhumed for the second time — first in Embu County and then in Kericho  County — following a protracted legal battle among her kin over pending dowry payment. Just imagine!

In this day and age, every Kenyan is trying to make that extra shilling — legally or illegally. Some quench this thirst through formal employment, investment in business, stealing and conning people, among other ways. As the ‘hustle’ gets harder, quick ways of minting money have emerged.

Forget socialites, quail eggs, sale of rabbit urine and related ways of making a quick buck. Dowry has been turned into one of the 21st Century’s quickest money-minting strategies. So much so that we now have ‘dowry negotiation consultants’ who are hired for a fee! Doubting? Ask XN Iraki, a lecturer at University of Nairobi, School of Business. Would you believe that?!

Never mind that back in the day this job was exclusively done by close relatives to the two love birds. Dowry has been commercialised, and parents now make outrageous demands during negotiations. Unfortunately, in most instances, these huge demands have ended beautiful love stories prematurely.

Picture this, an eligible bachelor proposes to his girlfriend in a colourful event on the rooftop of KICC... no, no, scratch that, on a moving boat in Lake Naivasha, and the lucky girl says a loud and big yes, amidst the ululation of her teary girlfriends.

Wedding bells start ringing, but just as they get louder, kaboom, nosy relatives of the wife-to-be spoil it all with unreasonable dowry demands.

There are those relatives who make their demands early and then there is a special lot, especially of female relatives, that wait until the final day to make out-of-this-world demands. Some parents, it is believed, investigate the groom-to-be and once they discover how wealthy they are, hike the bride price.

Kevin Otieno*, a banker, knows this script of hectic dowry negotiations too well. He was part of a dramatic dowry trip to meet his cousin’s in-laws-to-be.

“My cousin was getting married and we went to negotiate the dowry. The in-laws insisted they would only feed us after striking a deal or rather agreeing to their demands. We were kept hungry from mid-morning to around 5pm in some remote part of Nyanza.

The hunger, however, did not subdue us, we eventually left after the two sides disagreed. We blatantly refused to pay the ten grade cows they were demanding. Each cow would have cost us around Sh100,000, making it a whooping one million shillings,” narrates Otieno*, adding that, with his in-laws-to-be sticking to their guns, his cousin called off the wedding and moved in with another woman.

Otieno* says that some in-laws assess your credit history and strike your pockets like lightening with crazy demands. “It is like their daughter has died and they are now claiming compensation from her killer(s),” chides Otieno*.

For Charles Njeru*, a medical doctor, the demands made during his wedding preparations where like the ones kidnappers make when asking for a ransom.

Listen to him: “My in-laws asked for Ksh2 million. I initially assumed I had heard wrong. We tried to negotiate, but they insisted. They claimed that their daughter was well educated. It beat me because she was getting married to a fellow doctor; no raw deal at all, it wasn’t like I was some village idiot.

My uncles and father lost their cool and left the negotiation room. I followed them out, and unlike Lot’s wife, I never looked back. That was the end of that relationship.”

Other relatives will not wait for the negotiations to start to demand ‘planes’ and ‘ferries’. Some will start their blackmail as early as possible.

A woman only identified as Jackie knows this too well. “My best friend, Njeri, was having her ruracio. For one reason or the other, her boyfriend’s people arrived late. Her aunts blew up, and demanded a hundred white goats before negotiation. The groom’s relatives apologised, but their hosts would hear none of it. The visitors ran out of patience, told them ‘to go to hell’ and left the home in a huff,” narrates Jackie.

Cases of rowdy aunts who hold brides hostage until they get this or that from the groom’s kin are the order of the day at most weddings.

Many weddings have been delayed because “a certain part of the crowd” is demanding this or that. Let’s contemptuously call them “part of the crowd” because in most cases, the in-laws making these crazy demands are usually not the bride’s close family members, but distant relatives who have played very insignificant roles in the bride’s life.

It is always that distant aunt who last saw the bride on her first day in nursery school demanding money, lessos and other goodies to open the door of the room where the bride is getting dressed. How can an old uncle who can barely differentiate the bride from her sisters demand bottles of expensive liquor and ten white goats?

Marion Rabani*, an image consultant in Nairobi, says she was fazed by the demands of her uncles when her husband-to-be’s people came visiting. “It was irritating to see an uncle who did not help us when my father passed on demanding that my in-laws pay for his electricity connection, fence his compound with chain link and drill a borehole on his farm,” says an irritated Rabani*.

Njeru* feels that the woman getting married should be in control of their parents and relatives during these catch-22 situations.

“The woman should be blamed when her people remain stubborn with their unreasonable demands. She must be in a position to at least beg them to relent,” poses Njeru*, quick to add that unfortunately most women side with their kin, even when they make these ridiculous demands.

Winnie Soi*, an engineer echos Njeru’s* sentiments. She stopped her parents from demanding an inflated amount of money from her husband and asked him not to pay it if they insisted.

Hear her: “My husband and I had co-habited for sometime and sired two children by the time his people came to pay my dowry. My father demanded a six-figure amount as his “pocket money” before the real negociation.

My husband was negotiating with him to take half of it on the material day and promising to deliver the balance later. I called him aside and asked him to sober up. Here he was ready to “dish out” money for no good reason and our children were re-opening school in a week’s time and we badly needed the money for school fees!”

It is interesting to note that there are women whose parents have declined dowry, arguing that accepting it is tantamount to commodifying their daughters.

This begs a couple of questions: Does paying bride price devalue women and make them feel commodified or indebted to their abusive husbands? It is worth paying as a way of appreciating the woman’s parents for the ‘bother’ of educating and bringing her up, when her husband’s folks did the same for him? The jury is still out. 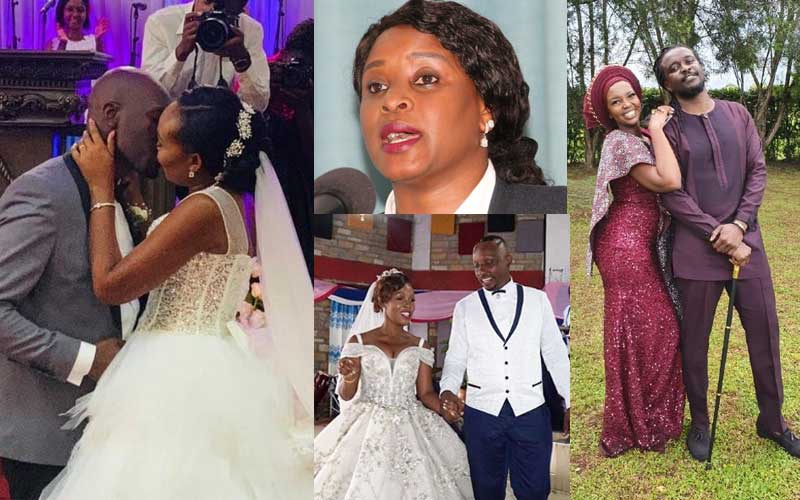 Five Kenyan celebrities who wedded in 2019
7 months ago

Is a wedding worth the cost?
8 months ago 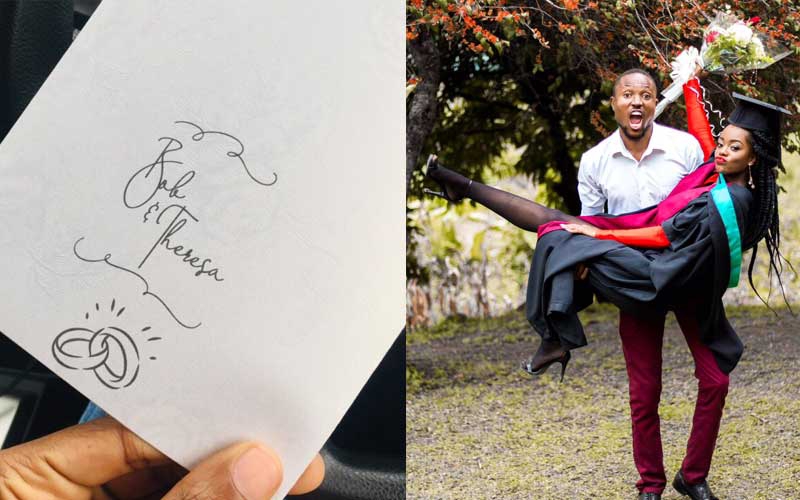 She’s adopting you: Man gets trolled over reasons for wedding
1 year ago 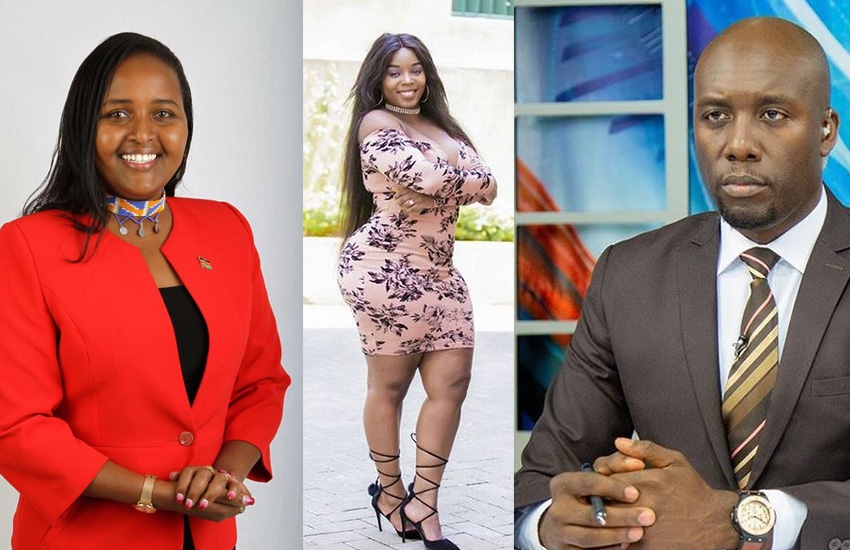