Mistakes that make getting out of debt harder 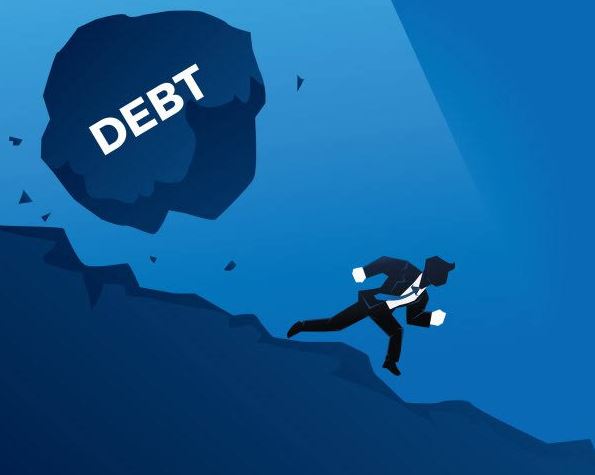 Are you in so much debt that it’s giving you sleepless nights?  You might have student loans, car loans, a mortgage, mobile app loan, and loans from family and friends.

Deciding to pay off your debt is easy enough- the real test is in actually doing it. Getting out of debt entails more than just paying off a few thousand shillings here and there...when you have spare change. It means changing spending habits, learning how to budget, knowing who and how much you owe, knowing which debt to prioritise, and creating an emergency fund.

According to Beverly Harzog, the author of “The Debt Escape Plan: How to Free Yourself From Credit Card Balances, Boost Your Credit Score, and Live Debt Free, “If you’re in debt, there’s a good chance you’re making some mistakes that are helping you stay there or sinking you even lower.”

Here are five of the most common mistakes that will keep you in debt and how to avoid them:

Once you’ve decided to pay off debt, one of the most important steps is to adjust your spending habits. However, humans are creatures of habit.

You’re probably used to shopping at particular stores, eating at specific restaurants, driving a particular car and so on. Having to change all these might cause internal resistance, and make it harder to pay off your debts.

Solution: Without changing your spending habits, you won’t ever get out of debt. Take a close look at what you spend your money on, and cut out anything you can do without. Instead of cutting out all your treats in one fell swoop, cut them out gradually over a specified period.

For instance, you can start with carrying packed lunch instead of eating at a restaurant, or working out at home instead of the gym. If you have big debts, you might eventually have to sell your car or get a cheaper one, or even move to a cheaper neighbourhood.

2. Paying off multiple debts at once

You’re so eager to be out of debt that you want to clear all of them all at the same time. Although your determination is admirable, this strategy might not work. Paying out small amounts to different sources of debt will wear you out pretty fast. It won’t seem to make much of a difference in reducing your debts- which will also reduce your motivation to pay them off.

Solution: Try the snowball method of paying off debt. This is where you start by addressing the smallest debts (maybe from family and friends) first.

While you can make minimum payments on bigger debts, you should aim to pay off as much of the smallest debts as you can. Paying off your smallest debts faster will help you gain momentum and motivate you to keep going till all debt is paid.

Additionally, the amount of money you have available to pay debt will increase once the smaller debts are paid off. Think of it like a snowball rolling down a hill, getting bigger and bigger as it goes. You start with small actions, and over time, they make a huge difference.

3. Only paying the minimum

“Spend as little as possible” might be good advice when it comes to budgeting. But this philosophy shouldn’t apply on paying off debt. While paying off as little as possible is better than nothing, it is a strategy that is doomed to fail. You are likely to lose steam because it will take you longer to clear your debts. If you have credit card debt, minimum payments also mean you will have to pay more in interest charges.

Solution: Always pay more than the minimum payment required to get your debt paid off quicker. When you see a significant reduction in your debt, you will be motivated to keep going and clear your debt. If you have multiple debts, pay as much as you can on the one with the highest interest rates until it’s fully paid off. Once you’re done paying a debt, channel the money you were paying to the next debt until you’re debt-free.

4. Trying to borrow your way out

Having multiple debts can be psychologically overwhelming. This is why many people resort to debt consolidation. Basically, debt consolidation is where you take a loan to pay other smaller loans. Having only one debt, instead of many, to pay off can significantly ease the psychological pressure. But while consolidating your debts can bring short term relief, in the long term it could mean paying more in interest charges.

Solution: Before taking a loan to consolidate your debt, do some calculations. There are some instances where this strategy works- such as when paying off a high-interest credit card debt. If you’re struggling to make payments on a high-interest credit card, taking a loan personal loan with relatively low interest rates and longer repayment term might be a good idea. But in most situations, it is better to pay each debt off without the help of debt consolidation facilities.

Solution: If you’re drowning in debt in spite of having a well-paying job, consulting a financial advisor can be your best course of action. A financial advisor will take a close, objective look at your finances and show you how you can dig your way out of debt. Even though a good financial advisor doesn’t come cheap, they will help you identify the root of your money problems and then develop a workable plan to address the situation.

What to keep in mind when choosing a financial advisor

When to break into your emergency fund

When to break into your emergency fund

Businesses you can start with Sh5,000 and less

Businesses you can start with Sh5,000 and less