Money & Careers
Salaries team warns of delay in review of workers’ packages as commission has no money for the exercise. 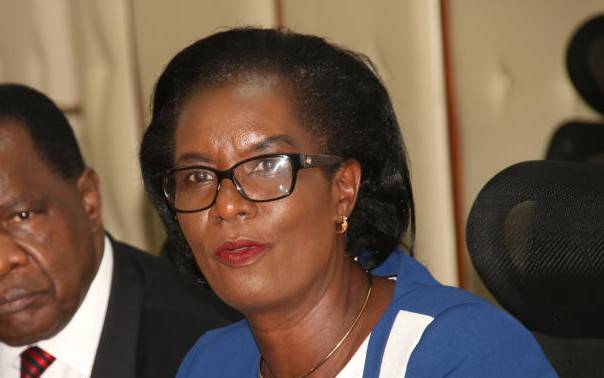 The much-anticipated pay rise for public servants hangs in the balance following revelations that the team expected to conduct and effect the salaries review is cash-strapped. It has emerged that the Salaries and Remuneration Commission which is required to begin the job evaluation for the pay rise has warned that it had no money to undertake the exercise. Further, the SRC has cautioned the impending review of salaries and benefits for public servants is in jeopardy unless the commission is allocated Sh192 million.

According to the Commission chairperson, Lyn Mengich, the National Treasury has not factored their allocation in the Budget Policy Statement (BPS) tabled in the National Assembly. Mengich (pictured) yesterday told the Assembly’s Finance Committee that operations at the commission will be greatly hampered unless the House intervenes and ensures that the deficit is factored in the 2020/2021 budget.

The SRC boss told the House committee that according to the Salaries and Remuneration Commission Act, the review of public sector salaries and benefits should be done by the end of this year, after the lapse of four years. The first review was conducted by the team that left office last year. “The Commission’s proposed estimates was Sh825.8 million, comprising Sh322.3 million for personnel emoluments and Sh503.5 million for goods and services. However, based on ceilings under the policy statement the Commission got an allocation of Sh459.7 million, creating a deficit of Sh366.1 million. “We have reconsidered the gap and reviewed it to Sh192 million, which we require to operate optimally,” Mengich told the committee chaired by Kipkelion East Joseph Limo.

SEE ALSO: Address job losses from virus before trend gets out of hand

She said that the Commission has a statutory obligation of reviewing key public sector remuneration and benefits and set the same after every four years, which must be done this year. Apart from salary reviews, the Commission said the budget will not help it meet its demand to find the right space for the Commissioners and the secretariat after the request for Sh40 million for rent was slashed by Sh8 million. Meanwhile, the house committee members were shocked after they were informed that former Controller of Budget Ms Agnes Odhiambo had left the office with the official car, leaving the current holder of the office Margaret Nyakang’o without one. It emerged that upon the expiry of her term last August, Odhiambo had gone with the official car meant for the Controller. However, the office revealed that the move was sanctioned by Head of Public Service. The matter arose after the office of the Controller lobbied the committee to factor a budgetary allocation for another official vehicle.

“This is shocking, is this allowed in Government that your term can come to an end and you are allowed to go home with the official car?” posed  Emuhaya MP Dr Chris Omulele, even as other legislators questioned the move. But the office revealed that before she left office, Ms Odhiambo had sought clearance with the Head of Public Service to use the official vehicle for eight months, revealing that the same should be returned by end of this month.