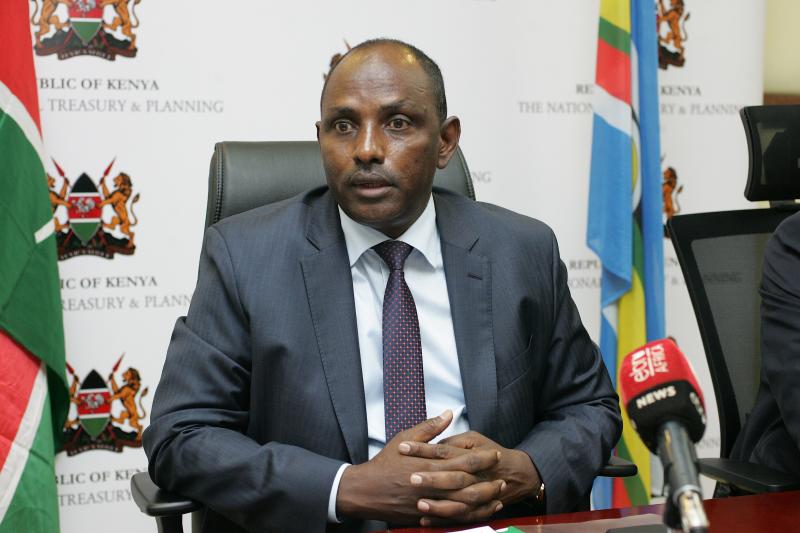 Questions emerged as to why the KPA board overlooked the code of governance for State corporations and submitted names of candidates who did not score at least 70 per cent in the interview, according to President Uhuru Kenyatta's Executive Order No 7 of 2015.

“I have reviewed the list of names and ranking of the candidates proposed for appointment as Managing Director, Kenya Ports Authority, and noted that all the candidates scored below the desired threshold of 70 per cent in the interview,” reads Yatani's letter to the board chairman Gen (Rtd) Joseph Kibwana, yesterday.

The CS later told The Standard that because of the sensitivity of the KPA job and the long-term programmes, the Authority’s MD must be a person with utmost competence.

“The credentials and experience must not draw any doubts on the holder's ability to turn around operations of the Port, which is our priority with KPA,” he said.

He has now directed the board to start the recruitment afresh, and complete the exercise in 45 days.

Yesterday, Kibwana said it is only the CS who could address the issue, even as a human rights body that last year challenged the process in court called for the disbandment of the board. "I've been out of the office. Please call the CS because I'm rushing to a meeting," he said.

The board and the ministry refused to reveal the names of the three candidates that had been submitted to the CS to choose one for appointment.

We also established that there are three competing forces; one pushing for a former military man, another for a former parastatal head and the third for the current managers at the port.

A senior manager also said factions allied to President Kenyatta and ODM leader Raila Odinga, on the one hand, and Deputy President William Ruto on the other were also out to see their preferred candidates take the coveted seat.

“We all know the competing selfish interests that are at play during the recruitment of the KPA MD. That is why we went to court to demand that the exercise be done in public,” said Julius Ogogoh of the Commission for Justice and Human Rights. “It is clear the board violated the Mwangozo code. Whenever there is a problem at KPA the State goes after the MDs and I think it is time we look at the board.”

The Consumers Federation of Kenya (Cofek), however, opposed Yatani's decision to order a fresh recruitment.

"President Kenyatta should veto Treasury CS @BaloziYatani decision to reject the 3 board nominees for @Kenya_Ports MD job on the excuse that none of them raised 70% threshold. Legally, CS can only reject when the process was flawed. Scores are estimates," Cofek tweeted yesterday.

In 2018, Daniel Manduku, who resigned last year, scored 89 per cent; the second candidate garnered 67 per cent, the third 65 while fourth and fifth had 60 and 48 per cent, respectively.

“Yes I scored 89 per cent and it is actually law that the candidate must get 70 per cent and above for him or her to be appointed as MD,” said Dr Manduku yesterday.

He said because of the complexity of port management, with political, economic and operational interest, it requires a fearless person to steer it into a world class harbour.

Another former KPA MD Brown Ondego said: "There are so many interests at play at the port and the KPA MD must be a brave person." He termed the position a thankless job.

Former managers who did not want to be quoted narrated how influential individuals have for years pushed for their preferred choices to take over the running of the port.

Claims of sabotage at the port have also over the years forced the KPA board to carry out major changes – transferring, demoting or sacking some top managers – before a new MD takes over.

The position has since 1979 been held by 14 people. Out of these, seven were sacked, three forced to resign and only four completed their terms.

Established in 1978 to maintain, operate and regulate all scheduled sea ports along the Kenyan coastline, KPA is among the richest corporations, with those at the helm controlling net assets valued Sh187.6 billion as at the end of June 2020.

Only three State corporations have more net assets than KPA. They are the National Social Security Fund (NSSF), the University of Nairobi and KenGen.

This explains the high-stakes wrangling that has turned KPA, owned 100 per cent by the government, into a career-killer for a lot of top executives.

Kavedza issued the orders after the prosecution made an application to withdraw the miscellaneous application file number E002 of 2019.

The biggest fear was breaking the cold chain, which could compromise the integrity of the vaccines and reduce their effectiveness.

By Richard Magoma | 2 days ago