The truth about GMO 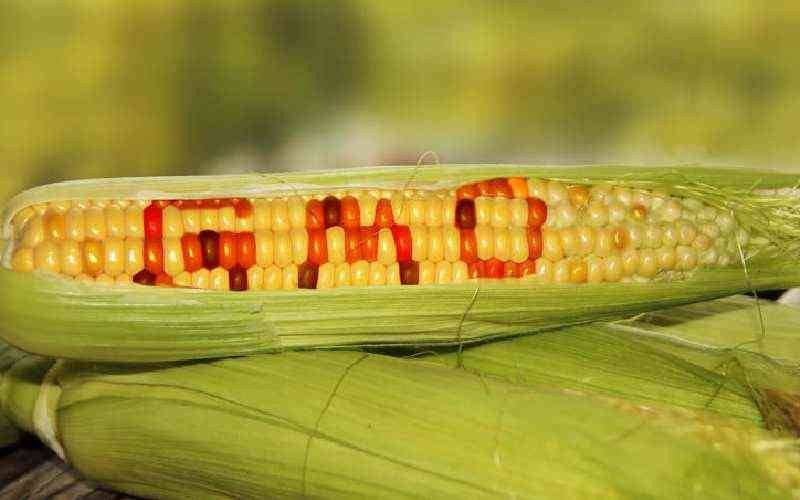 The recent move by President William Ruto to lift the 2012 ban on Genetically Modified Organisms (GMOs) as a response to the ongoing drought and food insecurity, has kicked off a storm on their pros and cons.

The Kenyan government had banned the importation and growing of GMO crops and products following a 2012 study by Prof Gilles-Eric Seralini of the University of Caen in France that linked GMOs to cancer.

Currently, GM crops in Kenya are maize, cassava and cotton which are under research, with BT (Bacillus thuringiensis) cotton already approved for open-field farming.

Indeed, African governments have been encouraged to invest in new technologies like gene editing and genetic modification research to wrestle down drought, pests and diseases occasioned by climate change.

But a 2021 survey by Route to Food pegged 57 percent as the people in Kenya who think GMOs are linked to cancer.

Dr Sheila Ochugboju, the Executive Director for the Alliance for Science, notes that people have unfounded fears about GMOs yet it has been proven safe in the last 20-30 years and consumers should be given the right information to make the right choices as “people have an innate visceral fear of anything that they eat, much more than injections.”

Dr Ochugboju reckons much of the misinformation and miscommunication was done during the initial stages of GMOs that they were all about quickening their ripening, improving their taste or nutritive value.

Yet GMOs are about responding to the consumers’ needs including eradicating some diseases or pests besides reducing the effect of drought on the amount of produce from a particular crop grown in an area.

Dr Ochugboju says gene editing is a process that has been occurring naturally with the help of naturally-occurring bacteria.

“Bacteria will identify a particular virus, snip a bit of, and will use the same memory once the virus attacks again, to eliminate it,” she explains adding that scientists have only replicated the system that happens in nature and developed precision tools for it like CRISPR, which work like scissors and can either delete, add, or alter by working within the genome in the organism without introducing a foreign material.

“For instance, in sickle cell, when one is a carrier of the sickle cell trait, it will protect them against malaria, but when you marry a person with sickle cell, chances are that one of your children will also have sickle cell disease.”

She explains that with such knowledge, scientists have used precision medicine to see how that works, and scientists have been working around it to get a vaccine for malaria.

Dr Margaret Karembu, Director at  International Service for the Acquisition of Agri-biotech Applications (ISAAA) -Africenter says GMOs have been grown commercially since 1996 with no verified health problems being reported.

“Countries that have embraced biotechnology have made tremendous improvements in terms of their food security, environmental sustainability, and in reducing the number of chemicals used in the farms,” explains Dr Karembu.

She adds that by 2019, there were more than 190 million hectares of GMOs grown in the world, and 30 countries were cultivating GM crops with close to 70 countries importing GM commodities for both humans and livestock.

“In Kenya, we have the National Biosafety Authority which was approved by Parliament through the Biosafety Act of 2009 and therefore the decision by the President to lift the GMO ban has not been rushed, but has been systematic,” she says.

“This means any GM product or crop being grown or imported will be regulated by the NBA according to their mandate.”

Additionally, Dr Karembu notes that not all crops are genetically modified and biotechnology will be used only when the other methods have shown inadequacy in addressing challenges of feeding the world.

Dr Ochugboju says technology has been shown to work efficiently for small- and large-scale farmers and she lists the more than 70 countries globally where GMOs have been commercialized as including South Africa, Ethiopia, Nigeria, Eswatini, Malawi and now Kenya.

GMOs also reduce demand for farm chemicals as farmers use both insect-resistant and herbicide-tolerant crops which promote greater adoption of conservation tillage (ploughing) and no-till farming which minimises soil compaction and erosion, which therefore leads to less greenhouse gas emissions.

An earlier study done by the Research Directorate General of the European Union (EU) on the environmental impacts of GMO food and human health safety in 2010 had concluded that biotechnology, and in particular GMOs, are not riskier than conventional plant breeding technologies.

“GMOs have demonstrated a history of safety which has been confirmed and reaffirmed by independent research, that there is no scientific evidence of any risk associated with GMOs to human and animal health,” reads the report finding in part.

A study conducted in the US of no-tillage (American Soybean Association, 2001) found that 75 per cent of growers who planted GM varieties reported that there was more crop residue on the soil surface.

This crop residue can provide shade for the following year’s crop and help preserve moisture in the soil.

By Mactilda Mbenywe 11h ago
When cancer runs in the family