When your wife is the alcoholic 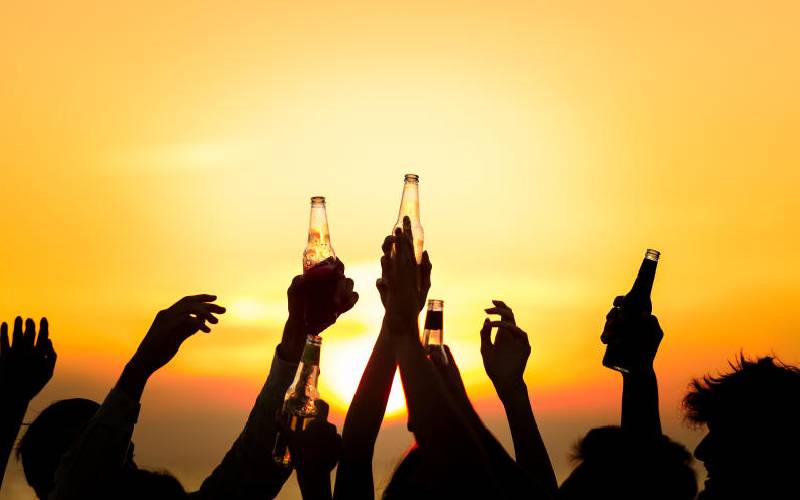 It is tough if your father is a heavy consumer of alcohol, but much tougher if it is your mother drowning in alcoholism. Take Lucy Katheu Mutiso, 15, from Makindu in Makueni County. Her mother, Mary Mueni, claims she drinks to forget her problems forcing Lucy to play the role of mother. She reports late to school while attending to her three siblings and has also lost friends.

Her father, John Mutiso, now a casual farm labourer, says his wife plunged into alcoholism after he lost his job at a polythene firm in Nairobi five years ago. She was then a housewife and the altered fortunes led to frustration.

Mutiso, like his daughter, has been left all the financial responsibilities and house chores, including embarrassing scenarios of picking his wife from ditches while going to work.

“I have no idea how to go about my exams,” laments Lucy. “Every day I wake up and find that my father has already left to go look for a ‘kibarua’ and during school hours, I am too exhausted to concentrate in class, with no time to rest even in the evening because I have to cook for my two brothers and one sister.”

Besides attempting to reverse her drinking, Mutiso now has to deal with his wife’s bouts of illnesses, including liver disease.

Alcoholism in the family has psychological and economic effects. Florence Jaguga, a consultant psychiatrist, says alcoholism is a chronic illness that needs constant treatment.

Dr Jaguga, who is in charge of the alcohol and drug abuse rehabilitation unit at the Moi Teaching and Referral Hospital, says “at the point where one is getting liver cirrhosis, it is not reversible anymore and now management is just conservative unless one is able to have a liver transplant”.

There are other health hazards that women alcoholics face, and besides dementia and negative effects on physical health, Jaguga says such women are more likely to get HIV because of risky sexual behaviour from poor judgement occasioned by alcohol.

Most are unable to adhere to contraceptive methods and end up getting multiple pregnancies, experience pregnancy loss or give birth to a baby who is not well developed.

Their families are also affected as most times they get disowned by their parents or husbands.

Jaguga says most alcoholic women “are not likely to be brought in for treatment like their male counterparts because people wonder who will take care of the home if she goes for rehab, so she better remain at home with her alcoholism and milk the cows”, and stigma sees most hardly seeking help though it is there.

Some chemicals in alcohol are what cause liver cirrhosis and liver cancer and the effects of alcoholism are worse when a drinking woman gets pregnant.

Jaguga says an alcoholic woman can give birth to a child who is not well-formed, or one who may have difficulties later in life, including heart-related complications.

Alcoholics, and not just women, generally suffer cancers of the mouth, eosophagus, pancreas, colon, stomach, and rectum. There are also liver diseases including liver cancer and reproductive system cancers like prostate, uterus and cervix, but liver cirrhosis is the most severe damage caused by alcohol abuse.

Apart from physical effects, one’s mental health is usually affected and “studies in Kenya link mental symptoms with substance abuse including psychosis or having suicidal thoughts,” said Jaguga, adding that alcohol abuse overburdens the health care system as “the time the nurses spend attending to such people could save a life elsewhere”.

Honey in tea, healthier than sugar

Honey is slowly replacing sugar in most homes and nutritionists laud it as a healthier alternative sugar.