Health & Science
By Mirror
| 1yr ago

Researchers at the University of Bristol have found that higher volume was associated with an increase in aerosol mass, with the loudest level generating up to 30 times more aerosol mass than the lowest volume

Singing is no more risky than talking when its comes to the possibility of coronavirus transmission but it all depends on how loud a person is, scientists have said.

In a new study which is yet to be peer-reviewed, researchers at the University of Bristol have found that speaking and singing generate similar amounts of aerosol droplets when the sound volumes are the same.

They found that higher volume was associated with an increase in aerosol mass in both speaking and singing, with the loudest level generating up to 30 times more aerosol mass than the lowest volume.

However, they said there were no significant differences in aerosol production between genders or among different genres of music such as choral, musical theatre, opera, jazz, gospel rock or pop.

Aerosols are the tiny particles of liquid and material that float around in the environment and can carry anything from smoke and dust particles to water and saliva.

Recent research has suggested that Covid-19 can be transmitted through aerosol particles, with the World Health Organisation (WHO) saying it could not rule out airborne transmission.

Singing was initially identified as a high-risk activity during the Covid-19 pandemic, with performing arts venues remaining closed even as lockdown measures were eased.

But last week, the Government changed its guidance to say both professionals and non-professionals could engage in singing as of August 15, provided the performers and audiences were following the guidelines on hygiene and social distancing - a decision that was informed by the study.

Culture Secretary Oliver Dowden said: "I know singing is an important passion and pastime for many people who I'm sure will join me in welcoming the findings of this important study.

"We have worked closely with medical experts throughout this crisis to develop our understanding of Covid-19, and we have now updated our guidance in light of these findings so people can get back to performing together safely." 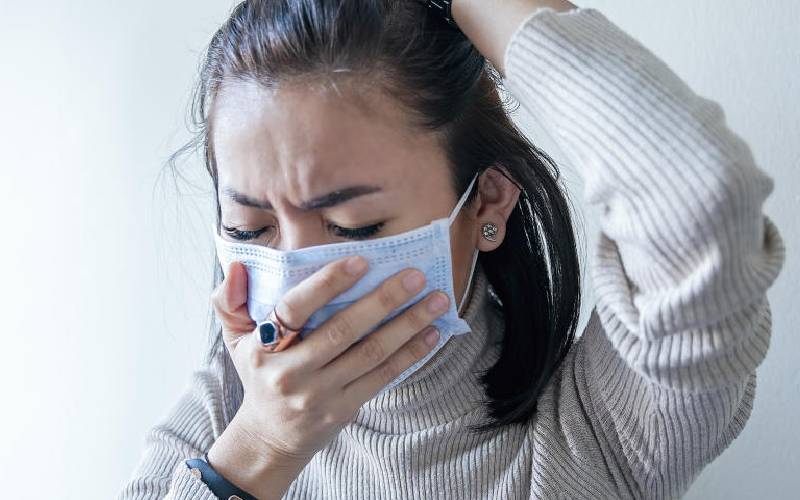 As part of an ongoing research project, called Perform, the researchers looked at the amounts of aerosols and droplets generated by a large group of 25 professional performers that were up to 20 micrometres (0.02m) in diameter.

The singers performed a range of exercises including breathing, speaking, coughing, and singing at a hospital operating theatre with a "zero aerosol" background.

Dr Florence Gregson, a researcher at the University of Bristol and first author on study, said using this hospital setting setting meant "any aerosol we detected with our measurements, we could directly attribute only to what the singer had produced".

The experiments included singing and speaking Happy Birthday at different sound levels, between the ranges of 50-60 decibels (dB), 70-80 dB and 90-100 dB.

At the loudest level, singing generated more aerosol particles than speaking but the researchers said that this difference was "very modest".

Based on their findings, the researchers said ensuring adequate ventilation in the venue may be more important than restricting a specific activity.

Jonathan Reid, an expert in aerosol science at the University of Bristol and a corresponding author on the paper, said: "The study has shown the transmission of viruses in small aerosol particles generated when someone sings or speaks are equally possible with both activities generating similar numbers of particles.

"Our research has provided a rigorous scientific basis for Covid-19 recommendations for arts venues to operate safely for both the performers and audience by ensuring that spaces are appropriately ventilated to reduce the risk of airborne transmission."

Dr Julian Tang, honorary associate professor in respiratory sciences at the University of Leicester, who was not involved in the study, said: "The risk is amplified when a group of singers are singing together, eg singing to an audience, whether in churches or concert halls or theatres."

He added: "It is a nice study but not exactly representative of the real whole choir dynamic which really needs further study to truly assess the risk of such large volume synchronised singing vocalisations/exhalations."

By Ayoki Onyango 7h ago
Why Maasais eat lots of red meat, but hardly suffer gout

By Kennedy Gachuhin And Valentine Zablon 7h ago
With this ovarian tumor, a woman can lose uterus

By Mactilda Mbenywe 7h ago
Mitumba: Blessing to economy, curse to environment
.

By Karan Gandhi 15h ago
Beware, the pancreas is a 'nasty, unforgiving organ'