Cases of racist attacks in wake of coronavirus

Xenophobic attacks against people of East Asian appearance have been rampant across the world following the global coronavirus outbreak.

"Stop Hate UK has recently received an increasing number of calls, across our helpline areas, from people experiencing racism, discrimination and verbal abuse, arising from perceptions that they are members of the Chinese community and therefore likely to be carriers of the coronavirus," said the organisation in a statement.

Discrimination has been rising in the UK, United States and recently Kenya reported such case.

In Kenya, an undated video went viral on social media showing an Asian man and woman nearly being assaulted in Nairobi’s Kibera slums by a stranger who questioned if they had the deadly coronavirus.

In the video, a man is heard asking the couple if ‘they are Corona (sic)’ amid laughter from the crowd.

The Asian man defiantly tries to explain to the crowd that they don’t have the flue-like virus.

Another recent case happened in London last month after a 23-year-old claimed he was attacked on the streets.

Jonathan Mok said he was walking down Oxford Street on February 24 when a group of four men began shouting “we don't want your coronavirus in our country".

Mok, from Singapore, said the group beat him up when he confronted them.

"The guy who tried to kick me then said, 'I don't want your coronavirus in my country', before swinging another sucker punch at me, which resulted in my face exploding with blood (from my nose)," Mok wrote on his Facebook page.

SBS News reported that Pan, a 27-year-old Australian citizen with Chinese-Malaysian heritage, said she was left feeling unsafe following an incident she experienced in Melbourne.

"I was sitting on the tram when a white man came and sat next to me.  He started talking about how Chinese people are spreading the coronavirus everywhere,” she told SBS News.

She said she kept on insisting coronavirus wasn’t race-specific but the man would not hear any of it.

“I told him it wasn’t race-specific, and he kept insisting he was just saying what he had read and seen on the news.

On February 1, Washington Post reported that Santa Cecilia music school in Rome singled out students from East Asia, barring them from class over coronavirus concerns.

According to Washington Post, the message — which used the term Oriental, an adjective considered derogatory when used to describe people — asked East Asian students not to show up for at least a week “due to the well-known events related to the Chinese epidemic”. 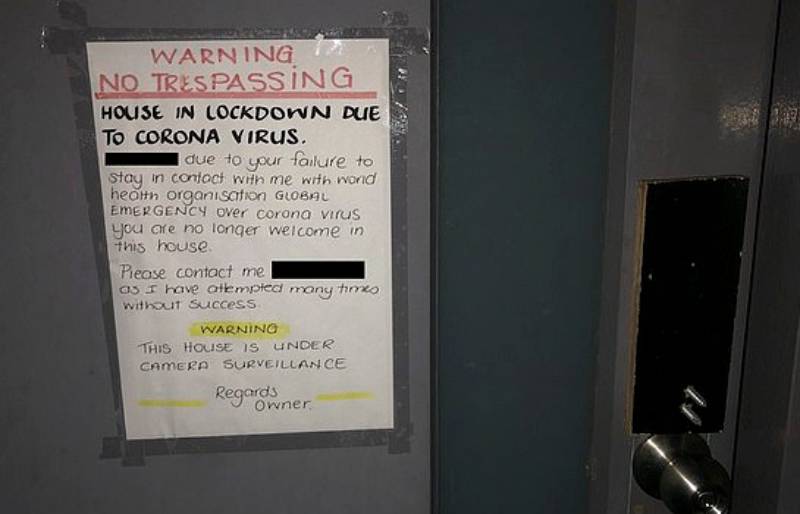 Daily Mail highlighted a case of a Malaysian student who returned from an overseas trip to find her landlord had evicted her from her house.

She found a note taped to the door of her Perth rental property outlining the house was in lockdown due to coronavirus.

On February 25, Ipsos MORI reported that one in seven people in the UK would avoid people of Chinese origin or appearance.

The survey further showed over three-quarters of the people in the UK believe that people are less likely to travel to China.