Pregnant pause: That ‘tasty’ stone is not safe 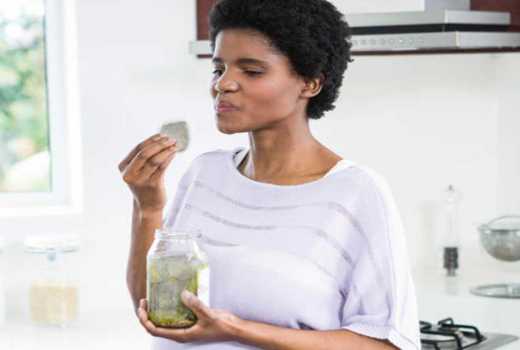 Pregnant women in Kenya may be eating up to 40 tonnes of soil per day. And some of it could be dangerous.

Data shows of the estimated 1.571 million women who give birth annually in Kenya, 65 per cent, (1.021 million) crave and eat soils during the pregnancy. Each is estimated to eat about 40 grammes of soil in a day.

The soils are collected from house walls, but largely bought in open markets, from hawkers, supermarkets and recently from boda boda operators.

Medical experts now want the Government to stop the trade or at least ensure the soils used in the habit, also called geophagy or pica, are hygienic and safe.

The experts recommend supermarkets be barred from using misleading advertising such as ‘Healthy Choice’ to market the alluringly packaged stones.

The stones and soils are eaten by all class of women; educated, rich, poor and from all parts of the country. They are being eaten at home, at the salon, at the health clinic, the gym, in the streets, in public transport and even the office.

In one study in Nakuru for example, women report consuming a grayish soft rock locally known as munyo. “Some women soak the stones in salty water and dry them in the sun or use the jiko to make them tastier,” says Sharon Iron-Segev of the Hebrew University of Jerusalem, Israel.

The roasted and salted material, Segev explains is sometimes eaten for breakfast with water or black tea.

“It is generally packed in plastic bags and carried by the women in their handbags, where it can easily be accessed and consumed at any time.”

Segev, in a collaborative study with Egerton University has been working with pregnant women in Nakuru to encourage them to drop pica for healthier diets.

But scientists are not so worried about how or why the women are eating the stones but the possible negative health consequences.

“We have confirmed that some of this stones indeed contain high levels of lead and arsenic, which are extremely dangerous to the health of the mother and child,” Joshua D Miller of Northwestern University, US told the Saturday Standard last week.

Last month, Miller and colleagues from Cornell University, University at Buffalo and University of North Carolina, all of US, published damming evidence confirming pregnant women in Kenya are eating extremely dangerous types of soils. “Samples of soils and stones consumed by pregnant women and collected from Kakamega County were dangerously high in lead, arsenic, and iron,” Miller said in an email to the Saturday Standard.

The report is published in the American Jotuyurnal of Human Biology.

The team had collected samples from Matete, Kuvasali, and Shiandiche markets and pica-consuming women in Kakamega County, which were sent for analysis to Cornell University, US.

The results show pregnant women in Kakamega to be consuming almost nine times more iron from the stones above the tolerable daily intake levels.

The results also showed the stones to be contaminated with dangerously high levels of lead and arsenic. “Estimated intakes of lead ware at least four times higher than the tolerable levels.”

Concentrations of arsenic were 1.65 times higher than the benchmark dose for safe limit, says the report.

Lead, is associated with kidney and brain damage. In pregnant women lead exposure, the experts explain, may cause miscarriage, stillbirth, and low birth weight.

“To the unborn and infants lead can be transported through the placenta and breast milk with devastating consequences,” says Miller.

“While we may not generalize the Kakamega findings there is need to investigate the content of pica being consumed in other parts of the country,” says Miller.

A study published in 2016 by Alfred Odongo Owino of Egerton University found pica consumed by pregnant women in Nakuru County to contain dangerously high levels of lead and other heavy metals.

Odongo also found the samples to be highly contaminated with disease-causing germs.

Similar findings have been reported from other parts of the country, most of them calling for the stopping or regulation of the trade.

Mutura is now calling on the Kenya Bureau of Standards to ensure that soil sold in markets, supermarkets or by the vendors is free from parasites and heavy metals.

At the Kilifi District Hospital at the Coast, more than a half of 275 pregnant women attending maternal clinic reported eating soil regularly.

The study by the Kenya Medical Research Institute found most of the geophagous women to suffer from anemia.

By Mactilda Mbenywe 10h ago
When cancer runs in the family