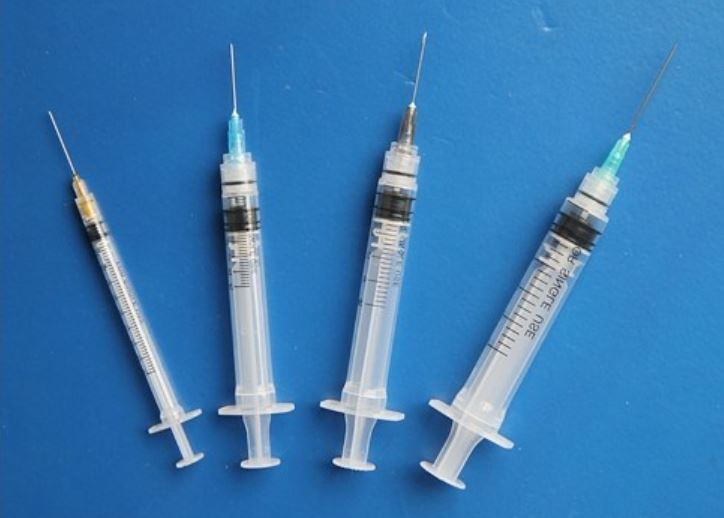 A Sh3 syringe will deliver the Covid-19 vaccine shot to millions of Kenya scheduled to get the jab of hope.

According to a report published by the United Nations Children's Fund (UNICEF) last month, the syringes will be of the Auto-Disable (AD) type, approved by the World Health Organisation (WHO).

UNICEF is planning to buy 1 billion syringes for countries participating in the Covax facility by the end of 2021.

“AD syringes are recommended for immunization programmes because they are designed to prevent re-use by locking automatically after a single use,” reads a section of the report.

The syringes, specifically meant to administer Covid-19 vaccines are meant to ensure that people receive shots safely, without risk of contracting infections, attributed to contaminated needles.

The syringes are similar to those procured by UNICEF for vaccination of children globally, against six killer diseases, namely, polio, measles, Tuberculosis (TB) diphtheria, tetanus and whooping cough.

“The AD syringes bought for this immense operation are similar to those routinely procured and delivered by UNICEF for the vaccination of children worldwide,” adds the report.

UNICEF chief officer of immunization Robin Nandy, noted that in the past decades, children were vaccinated using reusable syringes, which greatly exposed them to risk of transmitting diseases like HIV/AIDs and Hepatitis B.

“Sometimes, these used syringes were resold and reused, and we have encountered instances of children using them as toys”, said Nandy.

A study sponsored by WHO in 2014, at least 1.7 million people contracted Hepatitis B, 315,000 Hepatitis C, while 33,800 contracted HIV/AIDs through use of unsafe injections.

“Use of the same syringe or needle to give injections to more than one person is driving the spread of a number of deadly infectious diseases worldwide,” reads WHO report published in 2015.

It adds “Millions of people could be protected from infections acquired through unsafe injections if all healthcare programmes switched to syringes that cannot be used more than once.”

WHO stresses the need to reduce the number of unnecessary injections as a better way of reducing risks of infection.

At least 16 billion injections administered every year, according to WHO, out of which, 5 per cent are for immunization, of children and adults.

Five per cent of the injections are for other procedures for example blood transfusions and injectable contraceptives.

The remaining 90 per cent of injections are administered by mode of intramuscular route (muscles) or subcutaneous (fat tissue).

UNICEF report added that improved injections was arrived at, after in 1999, when UNICEF, WHO, and United Nations Population Fund (UNFPA) jointly called for the improvement in injection safety standards.

In a statement, the organisations noted that AD syringes were already available and affordable and declared that they should be the device of choice for administering vaccines in both routine services and during mass campaigns.

Through the COVAX Facility – led by Gavi, the Vaccine Alliance, WHO and CEPI – UNICEF are working with manufacturers and partners on the procurement of COVID-19 vaccine doses, as well as freight, logistics and storage, in the fight against the global pandemic.

Kenya is among countries that have received vaccines, under the Covax facility.

The first batch of the vaccine targets front-line workers among them healthcare workers, security officers and teachers.

Vaccination program was rolled out on Friday (March 5, 2021), at Kenyatta National Hospital.

Administration of the Oxford/AstraZeneca jab is Intramuscular (IM) injection, unlike others that are subcutaneous administered which are administered below the skin – in between the skin and the fat layer.

Nakuru County has this morning begun administering the Oxford/AstraZeneca vaccine to health workers.

By MERCY ADHIAMBO | 2h ago