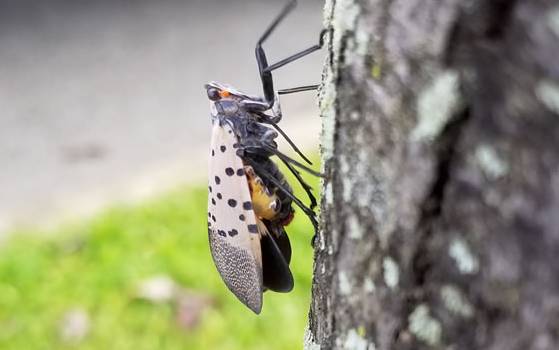 The first insect quarantine facility in East and Central Africa has been launched in Kenya.

The facility becomes the second in Africa after South Africa. Built and equipped at a cost of Sh40 million and situated at the Kenya Forestry Research Institute (KEFRI); the facility will help Kenya in managing insects brought in from other countries mainly for pest control purposes.

Insect quarantine is widespread in Europe and the USA. It acts as a classical biological control and non-polluting method of pest control implementation, whereby rearing and multiplication of organisms is conducted under controlled conditions in the facility.

While opening the facility, Environment Chief Administrative Secretary Mohamed Elmi said this automatically places Kenya ahead of other African nations and makes work easier for plant and crop scientists.

“This is largely to protect our plants in the country and to tackle pests that are destroying our trees and crops; the first one coming is to support the maize sector which is being ravaged by the fall armyworm,” said Elmi.

Research published in the journal Science Direct in April this year noted that the fall armyworm has led to the loss of a third of all maize produced in Kenya.

Elmi says that the facility which has been certified by the Kenya Plant Health Inspectorate (KEPHIS) can be used to quarantine insects for export as well.

As a start, KEFRI has signed a memorandum of understanding with the Kenya Agriculture and Livestock Research Organisation (KALRO) to use the facility for study on this worm.

Due to its highly sensitive nature of the operation, the facility is an earmarked security area with elaborate security features. First, it is in an enclosed area with a heavy metallic door as the first entrance.

Only authorised persons are allowed to enter the facility with double doors leading to three chambers—all these doors are operated by codes.

Dr Eston Mutitu, KEFRI’s Regional Director for Central Kenya, says that insects before being introduced into the ecosystem must be determined to be the right species to be brought into the area of the target.

“The first thing that happens is that the insects are brought into containment to be reared and screened against any contaminant so that we do not introduce any unwanted material.”

He clarifies that insects brought into the country are usually beneficial ones which are moved from area of origin, and brought into a quarantine facility for three reasons—host specificity, screening and mass production before being released to the pests.

According to the United Nations Genetic Resource Exchange, these insects cannot be sold, the only costs that accrue include the cost of collection, screening and rearing. This includes the cost of quarantine in which Kenya relies heavily on Switzerland.

“Once shipped in, the insect has to be approved by the regulating body known as the Kenya Standing Committee for Import and Export (KSCIE) for use,” explains Mutitu.

Host specificity ensures that the insect being brought on board for biological control only attacks the intended pest and not any other. If the insect changes its behaviour and starts feeding on other unintended hosts, then it is destroyed through incineration.

Mutitu says, “This facility has the whole system – a store, a preparation room and an insectary. It is two rooms that can hold the insect under control and the insectary is used for mass production.”

In 1979, Kenya faced a potentially dangerous attack on cypress trees by a pest and a control agent had to be brought in from Mesopotamia through the United Kingdom. When it was brought into Kenya, the mass rearing facility then collapsed and Kenya had to depend on another country for mass rearing before use, all this at the cost of the country.

“We have an insect attacking eucalyptus trees also whose control agent is also being brought in from Pretoria in South Africa, after being imported from Australia and will be kept at the new quarantine facility for mass rearing,” reveals Mutitu.

The fall armyworm which is threatening the country’s food security is the third reason why the facility has been constructed.

Apart from providing services for Kenya, the facility will also serve other countries in the region at a cost, according to Mutitu. Companies that deal in flowers or fruits are also expected to use the facility in case they want to bring in biological control agents.