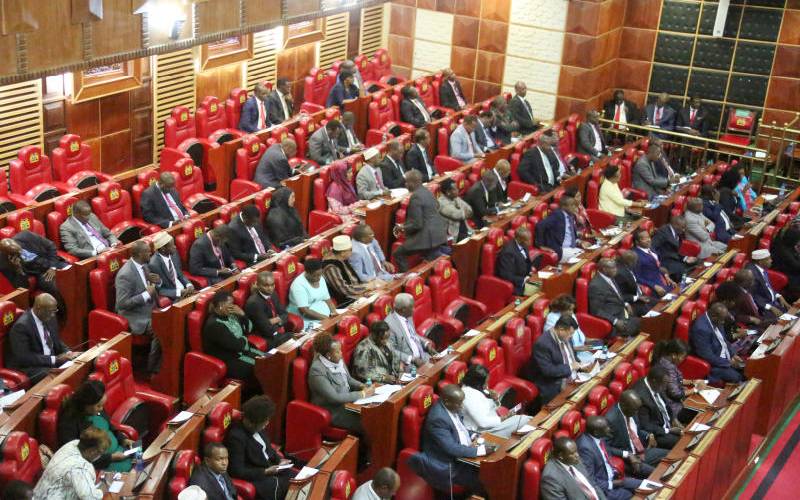 A parliamentary committee has demanded a report on the number of patients treated using the Sh63 billion medical equipment supplied to county governments.

The report on whether the taxpayer has received value for money is also expected to contain details on the money the equipment has generated for the 47 county governments since 2015 when the project started.

The National Assembly’s Committee on Health asked audit firm PKF, to provide these details after it emerged that the report it prepared did not have them. The firm had been contracted by the Ministry of Health to look into the Managed Equipment Services (MES) project in 2018.

Seme MP James Nyikal, who sits in the committee, said the audit reports show that as at January 2017, county governments made Sh1.5 billion from fees paid by patients to use the equipment.

He questioned whether it was viable for a county to have an X-ray machine installed at a health facility where it is used by a maximum of six patients per day.

For instance, the report on the audit for the year ending December 2018 showed that only 1,249,378 patients used the X-ray services installed in county hospitals. Hola hospital in Tana River County offered these services to only 441 patients, compared to 75,276 in Kericho and 96,410 in Thika (Kiambu County).

During the period that was reviewed by PKF, Nyikal said the equipment was underutilised given the amount of money the national government spent on the project.

The audit firm’s managing director, David Kabeberi, told the committee that most of the MES contracts signed in 2015 are set to end in 2022, and the government ought to have started negotiating with the international companies on whether to renew the leases or purchase the machines.

“There is lack of clarity on the expiry date of the projects. The government has the option of renewing the contract for a period of three years or purchasing the machines at a nominal value of Sh108,” he said, adding that it would be expensive if the government opts for the latter option.

This is because the government will carry the burden of disposing equipment with high radioactive materials, which are a risk to the environment.

It emerged that in the deal, the five foreign companies awarded the tenders agreed to sell the machines at a cost of Sh108 ($1) if the government decides to buy them when the lease period ends.

The committee wondered why the intensive care unit equipment supplied was not considered in the Sh108 category, but that of net book value, which means the value of an asset, taking into account depreciations and other accounting charges as recorded in the accounts of the contractors.