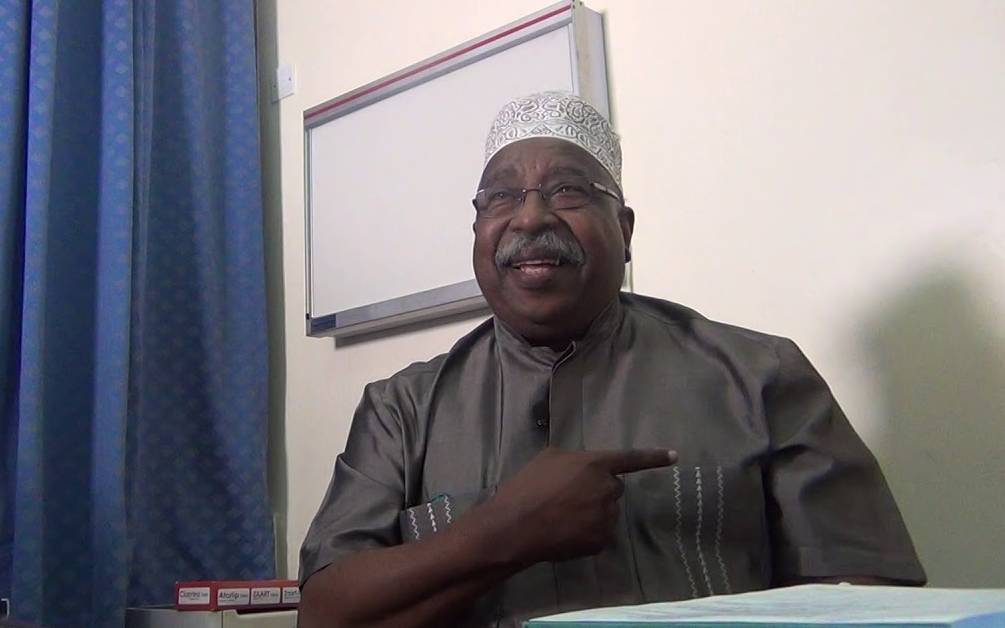 Prof Mohamed Said Abdullah (pictured), regarded as the “Father of Nephrology” in Kenya, has died. The first chairperson of the National Aids Control Council who was also instrumental in setting-up of the current Kidney Centre at the Kenyatta National Hospital after he lobbied the government on the need to establish the facility at the Referral and Teaching institution, died on Friday after falling ill. Currently, there are over four million people in Kenya who suffer from chronic kidney disease. The current directors of the National AIDS and Control Council (NACC) and staff have paid glowing tribute to Prof Abdulla, saying he played in a critical role in the fight against the HIV/Aids pandemic. Led by chairperson Angeline Siparo, the council praised Prof Abdulla-the first to serve in the position since its establishment in 2000-saying he laid NACC’s firm foundation. “Prof Abdulla served the council between 2000 and 2003 when the NACC was established and provided that leadership that laid the foundation of the National AIDs Control Council and Kenya’s national HIV Response during a critical time of the HIV pandemic to what it is today,’’ Ms Siparo said in a message of condolence to Prof Abdulla’s family, friends and colleagues.  A leading consultant physician and nephrologist, Dr Antony have condoled the family and friends of Prof Abdullah and described his death “as a very big blow to not only his family but all nephrologists and the medical fraternity as a whole.” Dr Were is also the deputy director of the proposed University of Nairobi’s 160-bed six-storey East Africa Kidney Institute which is currently being constructed in Nairobi at a cost of Sh4.3 billion to assist in the treatment of the silent killer. After graduating from the University of Nairobi’s Medical School, Prof Abdullah developed a special interest in pursuing post-graduate training in Kidney studies which he pursued and successfully completed in Canada returning in 1977 becoming the only Nephrologist in Kenya and the East African region. On arrival, Prof Abdullah vigorously embarked in training post-graduate medical students at the University of Nairobi’s medical school and mentored them to pursue and specialise in Kidney studies. After completing their undergraduate studies at the Medical School, the selected students were mentored in seeking grants from the German government where they pursued post-graduate Kidney studies a majority in Britain.  He was also instrumental in the setting-up of the current Kidney Centre at the Kenyatta National Hospital after he lobbied the then Health Permanent Secretary on need to establish the facility at the Referral and Teaching institution. By the time he left KNH in 1979, the number of Kidney specialists had increased to seven and six trained renal nurses. Prof Abdulla also assisted Uganda, Tanzania and Rwanda to increase the number of kidney specialists in their respective countries after he initiated a training programme in which they would come to Kenya and after the training, would “export” their expertise by training their peers on return home. Nephrology is a branch of medicine that deals with the physiology and diseases of the kidneys.

KEMRI directs clients, public to its labs for Covid-19 tests