Step aside ladies, it’s men’s turn to rule in the kitchen 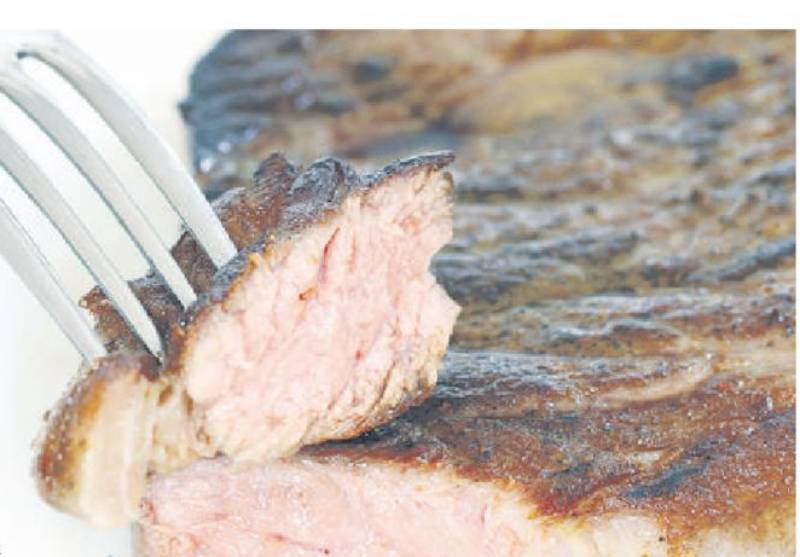 Next week, more men are likely to rule in the kitchen and on matters food than at any other time of the year. It will be Christmas, a time when Kenyans eat more meat than any other period in the year. When meat is on the menu, data shows that men are more likely to be involved in kitchen decisions and activities than when it is any other food.

“I have to make sure the meat is well accounted for and no shenanigans in the kitchen,” says Charles Muoki, 47, and a businessman in Nairobi A survey on the national meat market by the Kenya Markets Trust shows that men are key decision makers on the quality, quantity and cooking of meat. In high income households though, the survey shows, men have least involvement in decision making over the meals, even when meat is involved. Double consumption On the other extreme, in low income households, men are highly involved in decisions regarding the purchase, quantity, quality and cooking of meat at home.

The data shows that 19.7 per cent, 19.3 per cent and 18.6 per cent of men in low, middle and high income groups respectively are responsible for cooking of meat. Almost 60 per cent of men in low income bracket, 52 per cent in middle income and 46 per cent of high earners decide on the quantity of meat to be bought. “It is men who will call me to place an order, even for home delivery,” said Daniel of Good Will Butchery off Outering Road, Nairobi, an area inhabited mainly by low to middle income earners. In high income segments, the report says, women are the main decision makers regarding where to buy meat, quantity and quality. The 2014 Kenya Demographic and Health Survey shows that 83 per cent of women make household decisions on what food should be cooked each day.

Ten per cent of such decisions are made jointly with the man while only five per cent of men exclusively make such decisions – maybe unless it is on meat. In December, the survey shows, meat consumption will increase by 28 per cent among low earners, 25 per cent in middle income group and 23 per cent among high earners. On Christmas Day, like it will be on Wednesday, the survey indicates that meat consumption will double in high-income households, rise by 60 per cent in low income and 62 per cent in middle-income segments. The survey done earlier in the year and supported by the UK Government covered 990 households in Nakuru, Eldoret, Kakamega, Nairobi, Mombasa, Makueni, Kisumu and Garissa. It puts the households in three categories: High income spending Sh119,000, middle earners spending Sh41,000 and the low income group spending about Sh22,000 per month. But while the rich consume the highest amount of meat at any time of the year, unlike the middle class and poor, they are the least affected by festive days. As the data shows, the highest increase in amount of meat eaten next week will be among the middle and lowest earners, with least change among the high income group. The main determinant of the rich eating meat is whether it is on the menu while for the poorest, it is mainly decided by availability of money. Among the low and middle income earners, religious festivities are a significant reason for buying meat, as will happen next week. “My children must eat chicken this week, I have been saving just for the day,” said Ms Mary Mumbi, a hawker at Gikomba Market, Nairobi. But among the rich, the main determinant of buying meat, at 52 per cent, is whether it is on the household menu. Only 20 per cent of the poor and 32 per cent in the middle segment will buy meat just because it is on the menu. The biggest determinant whether the low earners will buy meat, at 42 per cent, is if there is surplus money compared to 29 per cent in the middle income and only six per cent among high earners. Money matters The amount of money available will greatly determine the quantity of meat to be bought in 50 per cent of low income households, 37 per cent in middle segment and only 13 in high earning homes. Among the rich families, the main determinant on the amount to be bought is the number of people to take the meal. For the low and middle income groups, and not the high earners, the possibility of purchasing on credit may determine whether they eat meat or not. While this is not tied to the festive season, fish is the main type of meat eaten in the low income households at 51 per cent, followed by beef and then goat meat. Fish is also the most eaten type of meat in high income households at 29 per cent but with a rich mix of other meats, including chicken, beef and goat in that order. Among the middle class, there is no outright favourite, with fish slightly edging out beef  and goat, chicken, pork and mutton in that order. Mutton and camel will be the least eaten meats among all the groups, though the study does not cover other sources such as game and rabbits, But compared to three years ago, Kenyans are likely to eat less red meat this Christmas mainly due to health concerns. “It was noted that at least 26.2 per cent, 20.7 per cent and 23 per cent of the households in the high, middle and low-income segments reported that their consumption of red meat has reduced,” says the survey. Health concerns were the main reasons for most Kenyans reducing consumption of red meat, followed by uncertainty of the genuineness of the product. Other concerns were the quality and safety of the meat, and reduced income, especially among low income groups. Majority of middle income people who had reduced eating red meat cited health concerns and reduced incomes.