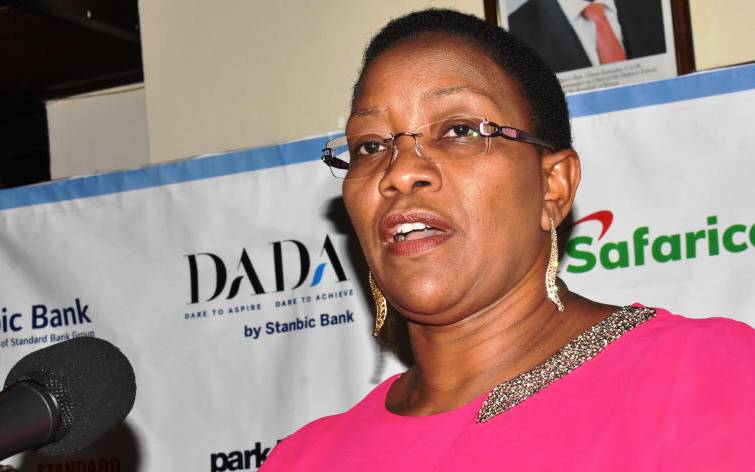 Health Cabinet Secretary Sicily Kariuki (pictured) was at pains to explain why they have been distributing mosquito nets that the Global Fund had warned against over quality concerns.

She, however, defended the move, saying the nets were not as ineffective as claimed, adding they still provide the required protection against mosquitoes despite lacking sufficient pesticides.

This comes even as the State’s drug and medical supplies agency (Kemsa) revealed an ongoing procurement to buy 10 million new nets.

“In yester years, before treated nets, we still used (normal) nets as a physical barrier to mosquitoes,” Ms Kariuki told The Standard when reached for comment. “So even without the chemical, they still provide a physical barrier.”

The nets, according to findings published by Global Fund, which is a major financier for malaria programmes in Kenya, did not have the correct amount of insecticide.

“Initially, 21 batches were found to have a content of deltamethrin of less than 1.5g/Kg, which is the formal minimum threshold,” reads the findings dated March 22, 2019, by Global Fund.

In its findings, the Global Fund states that even though the nets had less insecticide, they were still viable.

“The failure may decrease the efficacy of the nets to kill mosquitoes. However, the physical barrier of the nets remains,” reads Global Fund findings on the risk on public health.

The CS noted that while there are fears of a spike in malaria cases, this will be associated with the ongoing rains.

“The question should be; are we mitigating? Yes, we are. We are responding both en masse and depending on the situations,” she said.

Kenya is among the 23 countries which Global Fund indicated in the notice received nets. Others include Niger, Nigeria, Rwanda, Somalia, South Sudan, Mali, Ghana and Guinea.

Kemsa boss Jonah Manjari said the new tender will be issued to a different bidder.

“We are in the final stages of the procurement process and a different bidder has already been identified to supply the nets,” he told The Standard. “The bidder was identified through Open International Tendering process.”

Mr Manjari said the new procurement of nets will not affect the budgetary plans by Global Fund, as the financier is well aware of the defective nets incident.

“Kenya and other affected countries have received an advisory from the Global Fund to this effect and they are addressing the matter,” he said.

As a key financier of malaria programmes in Kenya, in 2017, Kenya received Sh33 billion from Global Fund towards malaria, HIV and Aids and Tuberculosis programmes to run through to 2020. Malaria programmes were allocated Sh6 billion.

The Standard further sought to find out if the nets will be subjected to further tests on arrival to avoid a recurrence.

“As per the Global Fund guidelines, random batch testing is mandatory at source; this ensures that the quality of the product is not compromised. However, random batch sampling can be done in-country when necessary,” said Manjari.

Malaria is the country’s second leading killer disease after pneumonia with 17.553 deaths registered in 2017, according to the Kenya National Bureau of Statistics.

It is also the second disease in terms of facility visits with 7.9 million cases in 2017. Children under the age of five and pregnant women face the highest risk.