Health & Science
The Homa Bay programme was the government’s first step toward creating awareness of the new vaccine. 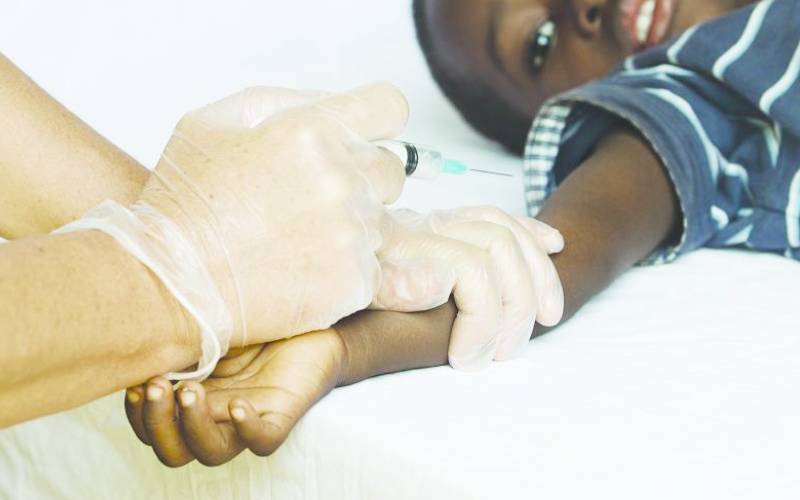 Kenya on Friday added the world’s first malaria vaccine to the routine immunization schedule for children under two, becoming the third country in Africa to roll out the vaccine for the disease that kills one child globally every two minutes. Malaria is a top killer of children under five in the East African nation, and the vaccine is critically important to its efforts to combat the disease because other measures such as mosquito nets have not proven adequate, the director general of Kenya’s health ministry, Wekesa Masasabi, told Reuters. “We still have an incidence of 27% (malaria infection) for children under five,” Masasabi said before Friday’s launch of the vaccine in the western county of Homa Bay.

The Homa Bay programme was the government’s first step toward creating awareness of the new vaccine, he said. African nations Ghana and Malawi launched their pilot programs of the vaccine earlier this year. Kenya plans to roll out the vaccine to eight of its 47 counties over the next two years, Masasabi said. Malaria can be eradicated within a generation, global health experts said in a major report last weekend that was commissioned by The Lancet medical journal. The Lancet report contradicted the conclusions last month of a malaria review by the World Health Organization, and its experts urged the WHO not to shy away from this “goal of epic proportions”. Malaria infected about 219 million people in 2017, killing around 435,000 of them, the vast majority babies and children in the poorest parts of Africa. Due to ongoing transmission, half the world’s population is still at risk of contracting malaria.