Signs one is depressed and possibly suicidal 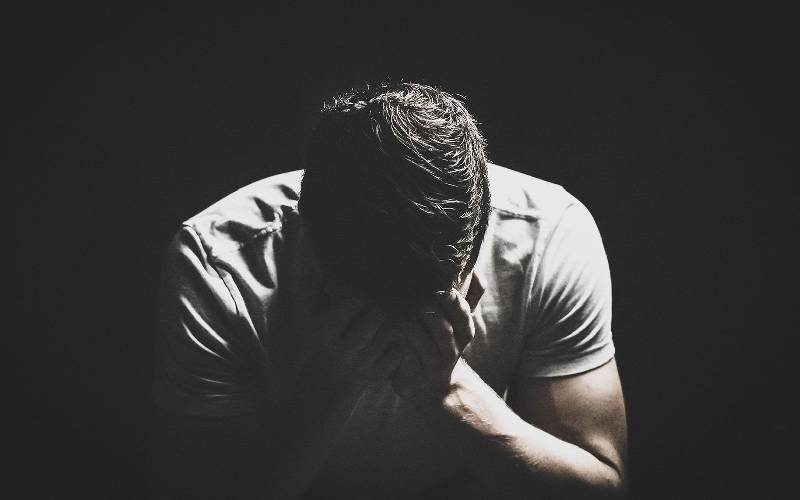 Do you always feel tired or suffer unexplained prolonged loss of appetite? Do you no longer enjoy your hobbies or have trouble sleeping?

According to mental health experts, these are some of the early signs of depression which could even lead to suicide.

Dr Felix Opondo, a psychologist, however says suicide can be prevented if these signs are noticed and the patient(s) treated on time.

“The signs that someone may commit suicide are always written on the wall. Somebody cannot just wake up and take their own life. The decision to take one’s life is always a trigger but before that there have to be hints all over,” said Dr Opondo.

One of these signs, he said, is that most times before someone commits suicide, they will try to reach out by writing a suicide note, post their premeditated decision on social media or phone a friend.

“So when no one reaches out, they then feel justified to go on with the act,” he said. “These are signs people just miss to see or ignore out of ignorance.”

“Depression is a common thing and cases are increasing. The good thing, however, is the increased awareness in these cases that still affect a majority in the society,” Mr Iregi says.

Statistics, he adds, reveal that people aged between 14 and 29 are more likely to suffer from depression.

Growth of social media web-based gaming has also increased cases of addiction while lifestyle changes have contributed to rise in depression case.

“Addiction is part of depression, just like being suicidal. Internet addiction is a common phenomenon driving many to depression. In social media, people tend to compare their lifestyles with those of others, sometimes pushing them into depression,” said Iregi.

Ruth Nkatha, a psychologist with Befrienders Kenya, an organisation that offers emotional support to individuals with depression, said the reason cases of depression seem to be on the rise could be due to awareness, which has made individuals to come out and seek help.

Nkatha noted that while there is no definite reason for the high suicide rates, some can be linked to the tough economic times, major life changes like job losses, chronic illnesses or lack of effective problem-solving skills.

“We have observed that young adult men are more prone to depression compared to other demographics. This is mainly due to societal expectations and pressures placed upon them. Joblessness and low economic base also plays a role,” Nkatha added.

Nkatha, however, said there is a small section of the population that is prone to depression-one that is genetically predisposed.

These are individuals whose family members have suffered depression and some may even have committed suicide or done outrageous things.

“In such cases, proper history needs to be taken in order to find the correct treatment,” said Opondo.

Opondo added that the same precautions should be taken when depression is suspected to be as a result of other illnesses.

“Unless proper history is taken, proper diagnosis, you may end up missing it,” he said.

By JACINTA MUTURA | 15h ago