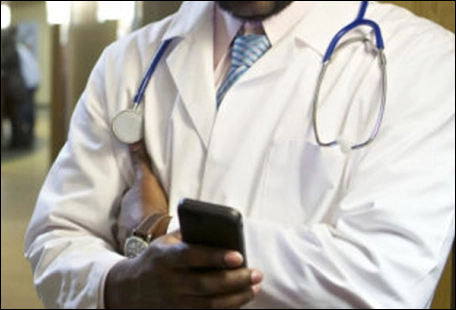 Kenyan doctors sponsored by the State to study in Cubahave decried tough living conditions and some are contemplating quitting.

The 50 doctors claim they are barely surviving, a different picture compared to the glorified scenery painted by the Ministry of Health of how comfortable their stay will be in the foreign land.

Confession by some doctors as well as scrutiny of their meeting minutes, show some cannot even afford 10am and 4pm cup of tea which cost Sh600.

According to the government deal that saw them leave the country in September 2018, the medics were entitled to Sh36,000 monthly stipend for the two years of study.

The Sh36,000 however is just 25 per cent of the Sh144,000 they are entitled to as per the Ministry of Public Service 2004 circular on civil servants trainees sponsored to study abroad.

Health Chief Administrative Secretary Rashid Aman explained that the 25 per cent was reached after the deal between Cubaand Kenya showed that the doctors will be given accommodation and food.

“When we made this arrangement, we agreed that they will be housed in university hostels,” said Dr Aman.

He noted that if the doctors want the full stipend and seek their own accommodation and food, which is what the medics prefer, then Kenya will have to renegotiate with Cuba to change that clause in the deal.

“That is also a request we have taken seriously, and of course we agreed to do it,” said Aman.

Some doctors who reached out to Sunday Standard claimed the last time the government sent them the stipend was on September 26, 2018. But the CAS said the stipend is sent quarterly, which was supposed to take them until December 2018.

“So maybe they have just not received the one for the next three months, and that is because of the December holidays. Why would we send our students there to starve, we cannot do that,” he said.

The Sunday Standard learnt that following the doctors’ revelations, the Ministry reached out to the Kenyan embassy in Cuba on Friday summoning all the doctors for a crisis meeting, chaired by the Kenyan Ambassador to Cuba.

The Health CAS said though he is privy of some of the challenges, he is not aware of any that could amount to a crisis.

Initially, three doctors were to share one room but after negotiations, it was agreed that two share a room.

“The rooms have no hot water, the bed sheets are changed once a week and the AC is turned on only from 10pm to 6am yet Cuba is a hot country. You can’t stay in the room,” said one doctor.

“The food and accommodation is terrible and not worth the money they pay.”

As per their letters of admission, accommodation and meals cost Sh2,100 (USD 21.50), and that they will be studying at the University of Medical Sciences in Havana, Cuba and specialising in Family medicine.

In the programme that will see the government spend at least Sh215 million, the doctors will be staying in Cuba for two years and are entitled to air tickets to travel back home once every year.

But in the three months they have been there, the high cost of calling back home to check on their families has dented their pockets as it takes them a back Sh102 per minutes.

This means in a month, one doctor would have spent close to Sh30,000 in a month for a ten-minute phone call daily.

“An exercise book you buy at Sh30 at home costs an equivalent of Sh800 here,” said our source.

The doctors also complained of the high cost of internet charges yet they are required to learn Spanish from YouTube tutorials before they start formal training.

Experts: Polio maybe coming back, thanks to the pandemic
Reproductive Health - By Jacqueline Mahugu

US breaks daily record for Covid-19 cases with over 84,000 new infections
Reproductive Health - By Reuters