Cancer that plagues 1 in 7 African men 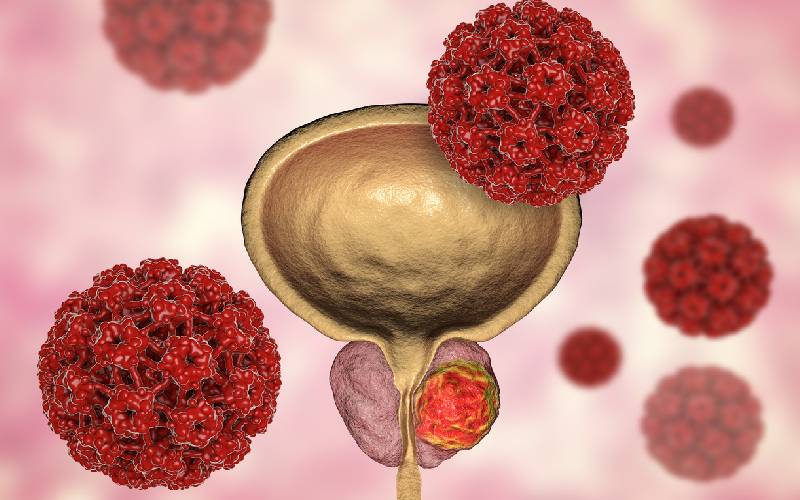 Is it true that the prostate changes after age 45?

Yes. Due to hormonal changes after 45-50 years of age, benign enlargement of prostate takes place which manifests as difficulty in urinating (voiding) and lower urinary tract symptoms. Some of them also develop cancer, which is mostly asymptomatic in the initial stage.

How does prostate cancer develop?

Prostate cancer is a slow-growing tumour. It starts as uncontrolled cell division to a small nodule over many years. It gradually spreads to other organs in the body.

How common is prostate cancer?

Is it true that Africans are more affected by prostate cancer than other races?

What are the earliest symptoms?

Most men with early stages of prostate cancer will be asymptomatic. This means that they don’t show symptoms. Some patients, however, will experience nonspecific lower urinary tract symptoms such as:

In advanced stages, patients may have:

·       Back pain or stiffness in lower back, hips or upper thighs

As these symptoms can also occur in other diseases/disorders, thorough work-up determines the underlying cause and a test known as the Prostate Specific Antigen (PSA) test would rule out prostate cancer in such patients. Initial screening for prostate cancer consists of a rectal examination by a physician and a blood test for PSA.

How curable is prostate cancer?

The earlier the cancer is detected, the more likely it is for the patient to be cured. About 90 per cent of prostate cancers are detected early in localised stages. This has a high cure rate - nearly 100 per cent of men diagnosed at this stage will be disease-free after five years. Even for locally advanced cancer, a combination of radiation and hormone treatment gives good long-term results; about five disease-free in 80-90 per cent cases.

By Karan Gandhi 3 3 hours ago
Beware, the pancreas is a 'nasty, unforgiving organ'