Tales of men who are controlled by their wives

MY MAN
By DAVID ODONGO | 3 years ago 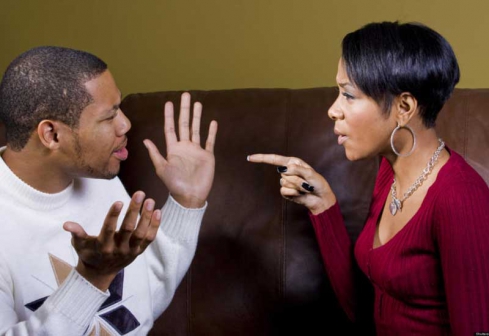 Society has no respect for men who are ‘sat on’ by their wives.

Signs of mwanaume kukaliwa include, among others, the man reporting home at the same time as the neighbour’s chicken. Antony Mwangi, a parastatal engineer, has been married for four years, but is yet to report to his Rongai home past his wife’s 9pm ‘curfew time.’

The father of two explains that, “I actually don’t know what she will do should I get home late. I just don’t want to make her angry. It’s not like she lords over me, it’s only that I like making her happy,” explains Mwangi.

He says that he loves his wife and values their union. “She is the aggressive one between us, so I let her handle all family matters. That doesn’t mean I am not the head of the family,” insists Mwangi, even though he admits he can’t spend any money without informing the wife first for approval.

“I am not henpecked. She is a better financial manager, so we agree on how much to spend and how much to save.” Mwangi is the kind of man Kenyans may derogatorily describe as “amekaliwa na bibi yake!”

Even women who really love to kalia  men speak ill of jamaas who are ‘sat on.’ The advent of women empowerment and too much focus on the girl child seem to have eroded the masculine power men wielded in their boma. Indeed, in the face of struggles to survive and make ends meet, as well as the pressures and expectations of their personal and professional lives, men are being challenged everywhere - from the boardroom to the bedroom.

There are several reasons why some men are sat on.

In the case of Isaac Kiilu, it has to do with who is calling the financial shots. Kiilu has been without a job ever since a prominent bus company closed down. His wife became the breadwinner and life changed for Isaac after that. “I couldn’t raise my voice in the house since she was the one paying all the bills, including rent, “says the former ticketing clerk.

“It was a really humiliating time in my life because I would go out in search of a job, but still required to be back home in time to pick the kids from school and prepare supper before my wife came home. Those are things she used to do when I had a job. But when I started depending on her, she became the husband, and I became the wife,” says Kiilu.

He has now secured a job with a logistics firm and says his position as head of the family has been reinstated. Indeed, many men today are considered to be emotionally weak with their authority being a target of challenge from financially liberated women who “know our rights.” Strong, unemotional, firm and brusque are adjectives reserved to TV wrestlers, not the 21st century husband.

Today, men are no longer the only providers who can come home past midnight with no questions asked. Some even have to go home early since city women don’t find it out of the ordinary for their men to do household chores like cooking, laundry and changing diapers. These demands or expectations from spouses have changed the traditional perception of manliness.

Some may blame the state of affairs on the successes of feminist movements. Even the Constitution now recognises the special position of women and afford them equal opportunities at all levels, including salaries. Men can no longer claim to be sole bread winners and source of social security.