“Men rarely want to be involved in discussions surrounding #breastfeeding. Many of us believe this topic is for women alone. Well, during this #worldbreastfeedingweek I'll share my experience with our new baby and what I've learnt during this eye-opening journey.” Mac Otani, a media practitioner, begins his Twitter thread sharing how, alongside his ailing wife, they ensured their little baby girl didn’t live minus the much needed breast milk while her mother was hospitalized.

Other than forming part of a sustainable food system, breastfeeding gives every child the best start in life by delivering health nutritional and emotional benefits to both the mother and child. The World Health Organization (WHO) recognizes that despite breastfeeding being a natural process, it is hardly easy and mothers always require support to get started and to sustain breastfeeding. For Otani, he did not only have to be there and support his wife and mother of his child but he had to also look after the little one and ensure she at least still had access to her only food.

Otani narrates that his little one only managed to exclusively breastfeed for five days after birth before she was introduced to infant formula. “My wife and I are believers in exclusive breastfeeding for the first six months, so you can imagine how broken we were about our baby being introduced to infant formula only a few days after birth,” he says.

Getting their baby on the formula did not mean they lost hope on breastfeeding. Conversant with the benefits of breastfeeding, the Otanis were looking forward to getting their baby back to breast milk even if she had to compliment with the infant formula: “You see, I know the benefits of exclusive #breastfeeding for the first 6 months as evidence shows it has many health, human capital and economic benefits for children, their families and countries. We were eager to get her back to breast milk, even as she embraced the formula.”

The Otanis baby girl had to live without breast milk for more than three weeks as her mother recovered from a life-threatening complication of an infection after delivery. “The biggest challenge for us, as far as #breastfeeding goes, was expressing milk at the hospital from my ailing wife to take home to our baby more than 20km away. At first we got some but slowly, as sepsis got the best of her, it became more difficult.

“I remember having to express the dwindling milk manually myself as she lay in her hospital bed because we didn’t want our new born moving away from #breastfeeding that early and she was too week to do it herself.” The challenge, Otani says, is what makes him relate with this year’s #worldbreastfeedingweek theme:

“This year’s #worldbreastfeedingweek theme resonates with me because complications after delivery meant out baby girl was forced to live minus #breastfeeding for more than three weeks as my wife recovered from sepsis.” 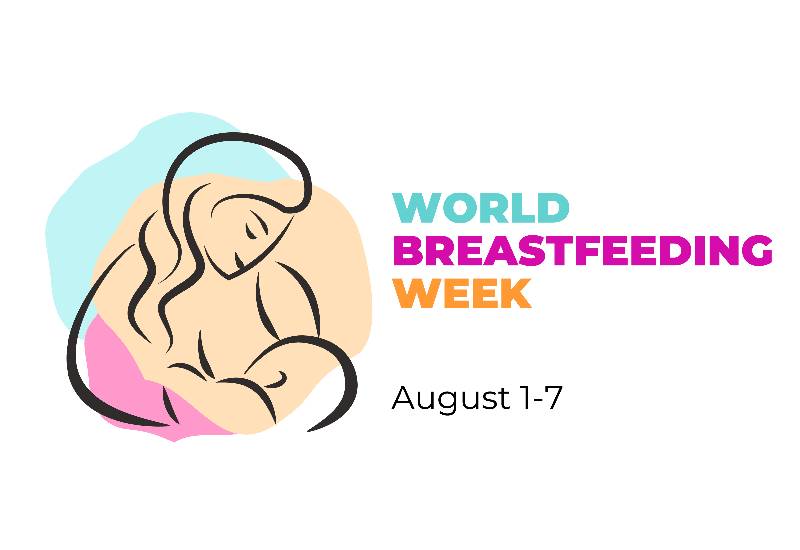 With his wife getting better, Otani says they are slowly re-introducing their baby girl to breast milk. However, there has only been little milk thus they haven’t gotten her back to exclusive breast feeding:

“So as soon as my wife could manage safe #breastfeeding given her painful experience and recovery process, we slowly re-introduced the baby to breast milk. There was little at first but this has been improving each day, soon she’ll be back to exclusive breastfeeding.”

Otani encouraged men to come out and share their inspirational breastfeeding stories in the spirit of raising healthier babes and a better planet: “I hope my fellow men will during #WorldBreastfeedingWeek engage more in this conversation on benefits of #breastfeeding for a healthier baby and planet. I know there are many new and older parents on my TL who have very interesting stories. Do share your experience.”

Why new parents should have confidence to stick with breastfeeding, Dr Mirriam Stoppard
Baby Care - By Mirror