Nerima Wako: The political analyst with beauty and brains 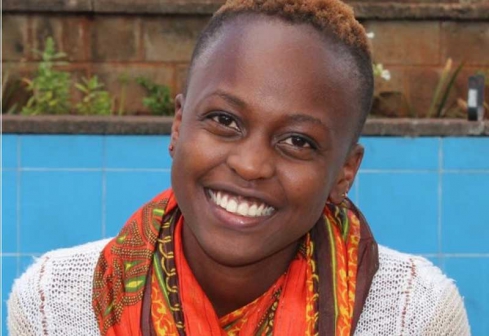 As young as she looks, Nerima commands an aura of confidence and respect. The young beauty who has been gracing our screens as a political analyst is indeed an inspiration to many young women. Below 30, Nerima Wako is the Executive Director of Siasa Place, a youth led organization that engages young people.

She lets us in on her childhood and career growth.

Born and raised in Kenya’s capital, Nerima is the third born in a family of four kids. Growing up, their parents encouraged them to be the best they could be. Her dad used to work in the airline industry so they would travel the world a lot. This helped her learn much about different cultures at a young age.

Nerima attended St. Nicholas academy then later joined Aga Khan Academy for her High school studies. Since she was a young, she loved learning and even though she was not the best performer in her class, she was always above average. She grew up with the phobia of failure. She says that growing up, it was drilled in them if you failed to perform well in academics, then you would become a failure in life. This is the sole reason she refused to go for her class eight results after they were out. Her parents had to pick them for her.

Her childhood dream was to become a doctor. This was ignited further by the fact that some of her relatives were referring to her as ‘Daktari’ when she joined high school. Her dream was however short-lived as when she was in her second year in High School, she did a job shadow with a doctor from Aga Khan Hospital for a week. By the end of the week, her ambitious had shifted. She was convinced that the field of medicine was not her calling.

When she completed High School, she got a scholarship to study at Jacksonville State University in USA. She hadn’t figured out what she wanted to major in and ended up picking communication classes and surprisingly enough, she loved them. She doubled Communication studies with sociology. Later on, she graduated with Bachelor of Arts in Journalism and Sociology.

While abroad, she used to balance school and working. She worked in two restaurants as a waitress although she hated it. It was tough serving food you cannot eat. She finally landed a third job in campus as the female in charge of residence hall.

It is at this job that she realized that she had a passion for young people. She was also in student leadership where she served as President of the International Student’s Organization. Soon after her undergraduate studies, she enrolled for a Masters Degree in Public Administration.

She is the niece of Busia Senator, Amos Wako.

Beautiful Nerima is engaged to her long-time sweetheart Billian Ojiwa whom she describes as a low-key person. We should expect wedding bells soon.