Mwende Kimweli, 34, runs the Momzy Network, a business that offers sleep solutions to sleep deprived babies and adults. She reveals the inspiration behind the venture

I worked as an employee at an insurance company for seven years. After I left, I tried my hand at being an insurance agent.

I did that for three years but it did not go so well. I later tried my hand in other businesses but I failed miserably.

I had my daughter Mya in 2014, and, having the type of systematic personality which thrives on routines and structure, I had decided that while pregnant with my daughter, I was not going to be ‘those mothers’ who would always be tired from lack of sleep because of being up all night.

As fate would have it, after I had my baby, I found myself at home with no nanny and, further, unable to take time off from work. So, I knew I had no choice but to come up with a system immediately.

Using my instincts and being intuitive to my daughter’s needs I was able to come up with a structure that enabled both me and my baby have enough sleep, and created enough time for me to work.

ALSO READ: Ruby on running a business during a pandemic

The first two months were hectic because she had colic but by the third month, I had figured out a system that worked for me and my baby. So much so, that when friends would come over, they would wonder why my baby was always sleeping and never fussy.

When they complained about sleepless nights because of their babies, I could not relate. They would constantly ask me to advise them, and this is what inspired me to do some research. I found out that what I had been doing instinctively was actually a skill called sleep training. 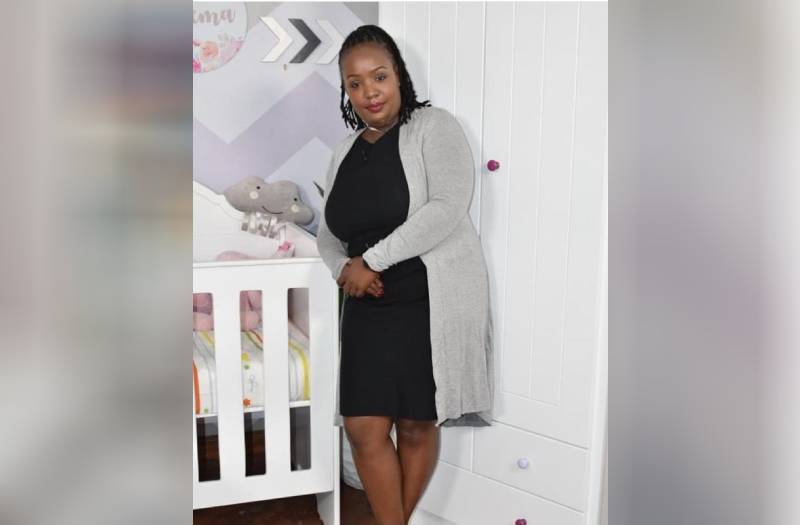 I first began with a pilot programme by sending out a random queries on social media, which attracted a good number of sleep deprived mothers. I responded to the queries and waited for a week for feedback and the results were very positive.

I then realised I was on to something special so I decided to do more research on sleep training and did some online courses. I officially began my consultancy, Momzy Network, in 2016.

My clientele is made up of mothers struggling to get their babies to sleep. I mostly handle children from the age of 3 weeks to 9 years, helping them learn how to fall asleep and stay asleep. However, not every child needs sleep training, some babies are good sleepers.

ALSO READ: Seven money lessons you should teach your kids

For babies who struggle to sleep, I found that it is better to train the child when they are young and not to wait until they are older when it is more difficult to unlearn a destructive sleep habit.

When I first get a client, I ask them to fill a form, which I evaluate to determine the factors that could be affecting their sleep. I usually consult with clients in their own homes where I observe the interaction between the child and parent for two to three hours.

After, I teach the parent different sleeping techniques. I also provide the parent with a sleeping plan for their child. The client is then required to follow the plan for about a month before determining if the sleep goals made at the beginning of the consultation have been met.

I still regularly check in on the client during the month. Notably, my work has changed a little with the outbreak of Covid-19. I now do video calls instead of making home visits.

It was a scary experience because, here I was a starting something not only new in the market, but also controversial as people call it ‘first world problems’, yet sleep issues are universal. At the time I was starting out, most people did not know what a sleep consultant was or why they even needed one.

However, I quickly realised that so many people were misinformed about babies and sleep. Most people had the old school way of thinking that children don’t sleep and, when you are a parent, you simply need to prepare yourself for at least a year or more of lack of sleep.

My biggest challenge was creating awareness about what a sleep consultant does. I have taken it upon myself to create awareness online, and my clients have also been so helpful in giving me referrals.

I have been able to break even as people are getting to know more about my work and business especially through referrals from doctors (obstetricians and paediatricians) and also clients.

My clientele has grown to the point where I even have clients in Tanzania and the UK who found me online.

Also, I started having adult clients last year for the first time. However, unlike children, it requires more time to undo bad sleeping habits in adults. I am doing online classes to be internationally certified.

Believe in your dream enough to take a leap of faith. Of course, it will be hard especially when you are starting out, but giving up is not an option.

Also, remember that every journey is different and there is no laid-out plan to follow. What’s important is to keep learning and perfecting your skill consistently to meet your client’s needs.

Seven money lessons you should teach your kids