Men only: Why do women do things like part of a herd?

Maybe as a man, you have never heard of the term ‘period synching …’

That’s the belief, affirmed by some anthropological bio-culturalists, that women who live in close proximity to one another, after several months, start having their periods at the same time.

In college, I remember four inseparable lasses whom we called Charlie’s Angels.

But maybe it was the Jaggermeister shots that Charlie, an older chap with a Cadillac-like car, used to buy them at K1. Charlie was one of those older dudes with cash to burn, who loved being seen with young women. He passed away sometime back, on his way back from a weekend in Naivasha. (No animals were hurt, and no other human was killed, during his high-speed death).

But our story today isn’t about ‘Charlie’s Angels,’ whom I’ve never seen since Mzee Moi left power to Bwana Kibaki. It is about another trio of ladies I know, who seem to have taken the concept of ‘synchronisity’ too far. One is a Luhya we’ll call Gloria, the second a Luo we’ll call Hope – and the third my Kisii pal, whom we’ll call Irene.

JAB, back in 2010, jammed them into the same hostel room in Campus, and they became BFFs. They all graduated in 2013, and moved into the same shared three bedroom flat in 2014, having been lucky to have been all employed by the same start-up company in the country (this is way when companies were starting up, instead of retrenching, down-sizing, closing or moving from Kenya).

In 2015, Hope was the first of them to get a serious boyfriend. Irene settled down shortly afterwards with her own man, after three months, but it was Gloria who went the mile. At the end of the year, in December, she said ‘sayonara’ to her two bosom buddies, and moved to her new man’s house without trepidation or hesitation. 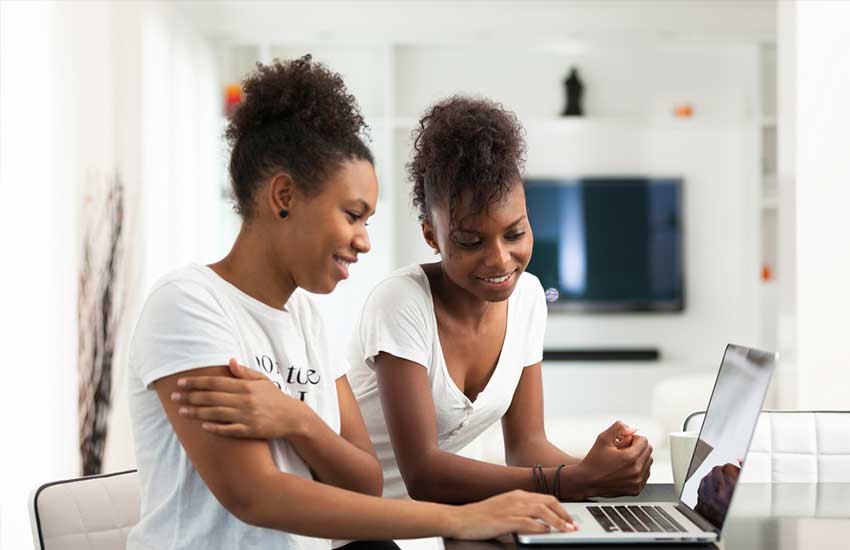 But the three stayed fast friends, with Gloria even still paying her share of the rent, and indeed half the time, especially over weekends (her man was a travelling sales manager), it seemed as if she still lived there.

Having long been delighted that their first names were in alphabetical order, the three friends were bowled over at the accidental order of the names they chose – Sue, Tess and Ursula. (Ursula, I should add, was the choice of Hope for her girl, calling it unique as her pals teased her).

Personally, I think ‘Ursula’ sounds like the name of some sleek car model. Imagine this name – ‘Audi Ursula.’ Can’t you just smell the rich white car leather as you open the car door?

Come 2017, Hope announced on the day after Valentine’s Day that her man had just engaged her with a diamond rock from Dubai. In June, Gloria took her man and his clan to Western for those ‘ruracio’ like events – but this time it was Irene who stole the show. She got hitched in a white wedding in the December of 2018, in which both Hope and Gloria were the best maids.

But now there is choreographed trouble in paradise.

Last year, Gloria realised her traveling man had a second family in Coast. Distraught, her work began to suffer, she confided in her (white) unmarried boss, and from April, they’ve been having an affair.

Sure as biological clock-work, and claiming her fiancé is lazy (his cargo truck business collapsed as SGR became compulsory), Hope began seeing her moneyed college ex behind his back in August. “He gives me money to feed both my babies, Ursula and her dad,” Hope says.

Since September, Irene has been chatting with some Kenyan ‘winter bunny’. Her marriage is lonely, she claims, complete with marital sex drought. The Bunny flies in from Atlanta today. Synchronisity?