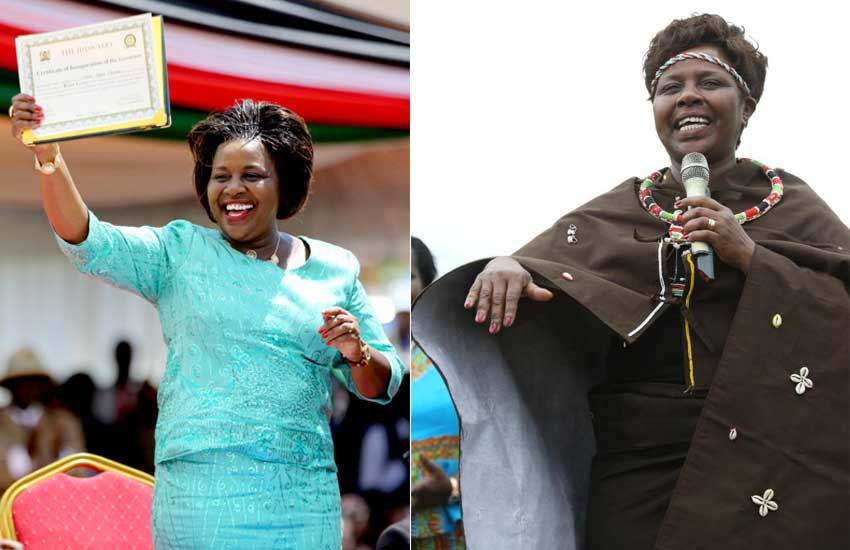 Dr Joyce Cherono Laboso made history as a pioneer female governor of Kenya in 2017.

Dr Laboso together with Kitui Governor Charity Ngilu and Kirinyaga Governor Anne Waiguru were the first three women to be elected governors in Kenya during the 2017 General Election.

While the governor position was an achievement enough, DSr Laboso already had another milestone when she was elected as the first female deputy speaker of the National Assembly after the 2013 General Election.

Against a culture that paid little attention to girls' education, Dr Laboso was among the first cohort of Kipsigis girls to go to school. Training as a teacher, she was a pioneer teacher of French. She was also among the Kipsigis girls pioneers to study abroad, having done her Masters Degree at the University of Reading and her PhD in University of Hull; both in the United Kingdom.

She taught French at Egerton University before winning the Bomet parliamentary seat in a by-election to succeed her sister, Lorna Laboso, who perished in a plane crash in 2008.

Matriarchy could as well sit in the middle of her family. Lorna was the first Kipsigis woman to be elected to parliament. Upon her demise, Joyce threw her weight into politics.

Joyce won the by-election with a landslide and equally earned herself a second term, four years later on account of her good performance. With this, she again made history as the first Kipsigis woman to be elected for two terms in parliament.

In the national limelight, she would be elected as the first female Deputy Speaker of the National Assembly in the first round of voting while serving her second term in parliament.

Furthering her front runner traits, she made her intentions known in 2014 that she would be running to be governor for Bomet. This was both a surprise and no surprise. A no surprise because of her history of breaking the ceiling. A surprise because in the election of 2013, (The first in the new constitution dispensation), there was no woman elected governor. So where were these ambitions coming from? Some people would ask. Then came the mudslinging, typical of politics to a woman.

She stood tall, worked hard and soldiered on. Her effort paid off when she was elected as the Bomet Governor.