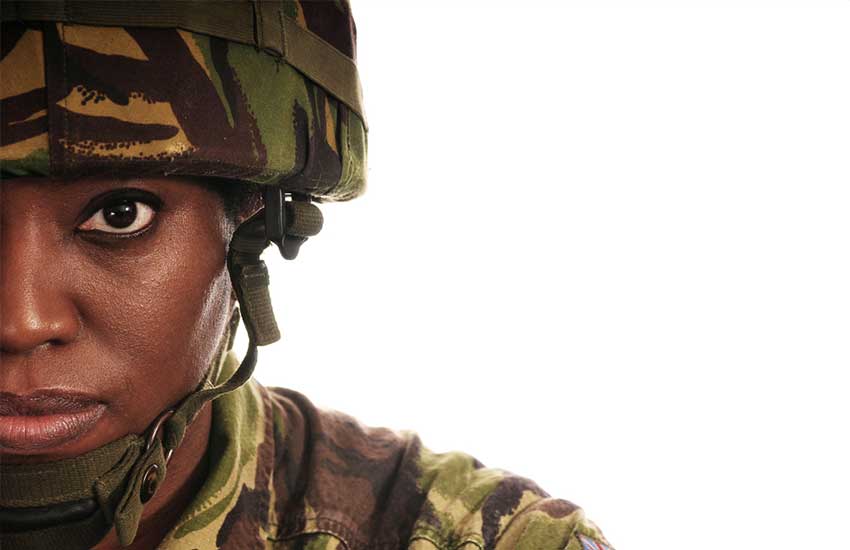 Military women wanting to stop menstruating while they are deployed may face a number of barriers, a new commentary suggests.

The majority of surveyed military women say they would like to suppress menstruation during deployment but very few are doing so, according to the paper in Obstetrics & Gynecology that explores why more military women are not accessing that option.

One answer may be that not enough military women and their health providers even know that hormonal contraceptives used continuously will suppress menstruation.

“Women are counseled to stop taking contraceptives before deployment and that negates all the valuable health benefits, including suppression, that come with them,” said the commentary’s author, Sheena Eagan, an assistant professor at the Brody School of Medicine at East Carolina University in Greenville, North Carolina, and a specialist in military medicine ethics. “There’s a recurring theme in surveys: women want to access cycle control and they want to suppress menstruation before they are deployed.”

Unfortunately, there are many barriers blocking women’s access to menses suppression in the military, Eagan said, including the instructions to stop taking contraceptives before deployment because there is a rule against sexual intercourse while deployed. “I wanted to highlight the misconception I saw throughout the literature that equates contraceptive use with pregnancy prevention,” she said.

After reviewing the medical literature on the topic of menses suppression in the military, Eagan found that 66% to 86% of women surveyed wanted the ability to stop menstruating during deployment. In contrast, a mere 7% reported having done so.

Part of the problem may be lack of education among both the women and their health providers, Eagan said. A 2009 report found that only a third of service women had received any pre-deployment counseling on menstrual regulation and suppression. Moreover, nearly 70% of women reported that their primary healthcare providers were medics or corpsmen. Although training varies depending on the branch of service, these types of providers normally do not hold professional or graduate degrees, Eagan noted.

Eagan said she isn’t suggesting that menses suppression be mandated for all female soldiers, but “it should be part of women’s autonomous choice.”

The issues of menses regulation and control aren’t limited to military women, said Dr. Charles Ascher-Walsh, director of gynecology for the Mount Sinai Health System in New York City. “Obviously, when women are deployed it’s more convenient not to be menstruating,” he said. “But there are many women who would have the same kinds of benefits, such as when they are traveling for work.”

In general, Ascher-Walsh said, “there’s a lack of education among women and their doctors that this is a possibility - and a safe possibility. And doctors don’t offer it as much as I think they should.”

Still, the article may have made the process sound more straightforward than it sometimes is, Ascher-Walsh said. “It’s not as simple as: do this and you are guaranteed not to bleed,” he explained.

That’s because not all women will stop cycling on hormonal contraceptives, Ascher-Walsh said. With some methods, “you can end up with spotting every day and that’s worse than having your period,” he added. “So you don’t want to do it right before you are deployed since that can make it worse rather than better.”

The best option if a female soldier wants to try a method to halt menstruation is to experiment with it well before deployment, Ascher-Walsh said. Among the possible options, continuous birth control is “the most likely to stop a woman’s periods and be reliable,” Ascher-Walsh said.

ALSO READ: What happens to your body when you skip meals?

What happens to your body when you skip meals?

Dealing with lockdown loneliness - from keeping active to coping without hugs

By Olajide Ademola and Janet Mbugua