Can you buy your child a doll with realistic genitals? Dad’s choice sparks debate 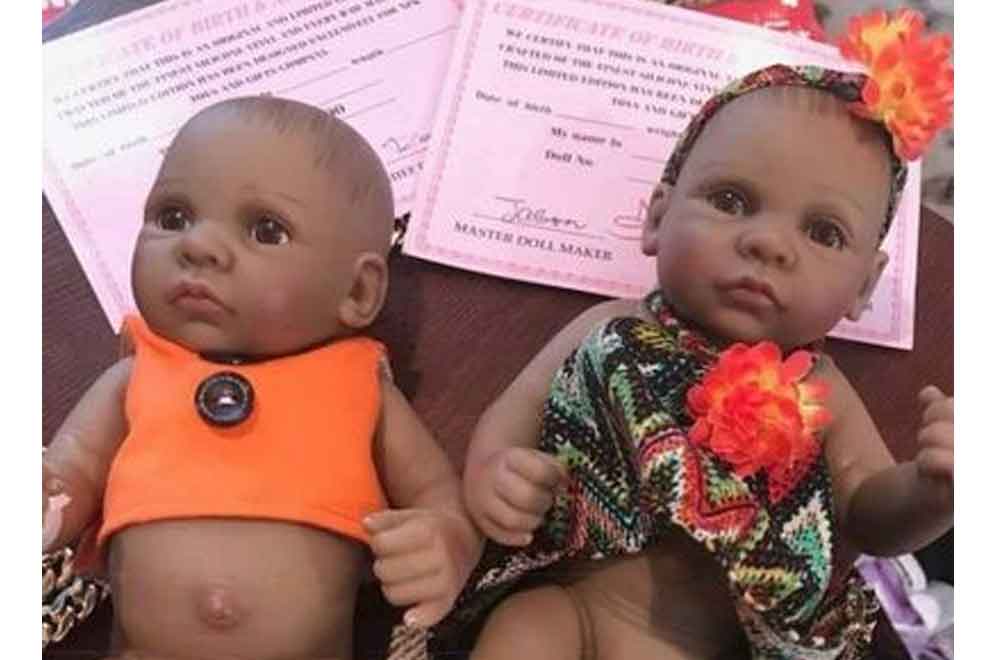 A dad was horrified after ordering dolls with realistic penises and vaginas for his child - and it's sparked debate on how much kids should know about the human body.

The dad said that he didn't think the dolls with private parts were "child-friendly" and wouldn't want his daughter to have a doll with a penis.

Raynell Miller, based in Florida, wrote on Facebook : "Smh so I bust open this box of twin dolls I ordered online for my baby and Lawd have mercy is this is what the world comes too now? Making dolls with the actual private parts for children?

"When I purchased them, they came with various doll accessories to go with the dolls and the reviews didn't mention about anything about the extra stuff so I guess I just thought they were child friendly. But silly me huh lol 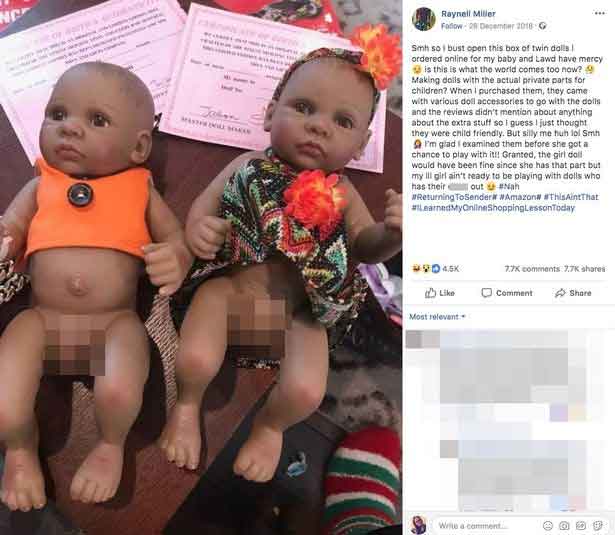 "I'm glad I examined them before she got a chance to play with it!! Granted, the girl doll would have been fine since she has that part but my lil girl ain't ready to be playing with dolls who has their d**** out."

The post has since gone viral and been shared more than 7,000 times.

While some parents agreed with the dad, hundreds commented to say that they see no issue with the realistic dolls.

One wrote: "Children should know the difference between private parts".

Someone else agreed: "Cause learning proper anatomy is so awful... lol".

A third said: "I don't see a problem with it. That's awesome. Kids need to learn about their bodies."

Another pointed out that dolls with realistic genitals have existed for a long time: "There is nothing 'new' about these dolls. We had these in 1989. I had the boy version. My sister had the girl version. GROW UP".

Other parents added that children might see their parents without clothes on or siblings if they're having a nappy changed, for example, so didn't see why the dad was so bothered by the dolls.

Not much gets past kids, and some start asking from an early age about how the human body works - which is totally normal.

Having those birds and the bees chats with children is never easy, but experts recommend being open and honest.

Clinical psychologist Dr Lucy Maddox previously told the Mirror Online that kids will be curious about private parts from a young age - but it's "without the sexual overtones used by adults".

She recommends using the correct anatomical names without embarrassment.