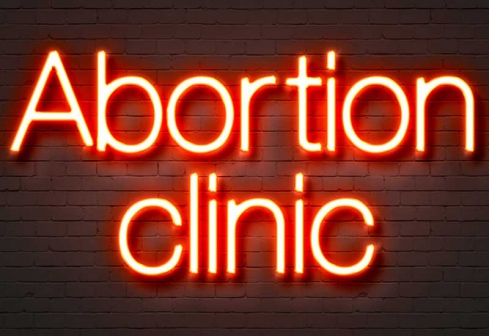 After terminating two pregnancies, Joan* went into depression. Her decision on both occasions were informed by different reasons. The first time, she was too young, she felt, and also the man refused to take responsibility. The second time she was sitting her college examinations.

Also, she was active in church and couldn’t bare the shame of being pregnant out of wedlock. “In 1998, when I was 20, I compromised on my sexuality and tried to get my identity from worldly standards. I got involved in a bad relationship and lost my purity. I got pregnant but the man refused to take responsibility,” she says.

Joan* says when she found out she was pregnant, she confided in a family friend and asked him if he could help break the news to her mother, but he stopped her right in her tracks. “You cannot bring shame to your family and disappoint them,” he told her. He told her that he could make the problem “go away” and informed her about an “experienced” nurse who could help.

Joan* declined at first because “I knew in my heart it was not the right thing to do.” She did not even know the procedure could be carried out in Kenya at that time since there was very little information about it. She thought about it and decided on terminating the pregnancy. Her helper offered to give her the money.

In 1999, she was joined college to study media and met a man who keenly pursued her. “I wasn’t interested, besides, I didn’t think I was worthy of love after an abortion. But the man was persistent,” she says. Joan* finally decided to give the man a chance and they became an item.

She said it felt good to have someone shower her with attention and what she thought was love. To make matters better, she also got saved and became active in church. Even though her boyfriend was not saved, she continued dating him as she tried to find her lost self-worth through the relationship and sex. “Not knowing the biblical standards of purity, I slept with the man, got pregnant again and because of shame and fear, I procured another abortion,” she says.

This time, she says she did not have to think twice about terminating the pregnancy. “You see when you go through the procedure once; it becomes easy to do it again. That is why you will hear of people who have had up to even 10 abortions.”

Joan* says that apart from the excruciating pain of terminating the pregnancies, she suffered worse emotional pain. “I was filled with guilt. I would cry for no reason. I had mood swings and was generally a bitter person. I was angry at women who seemed to have it all together.”

She battled with depression for two years, and any speck of self-esteem that was left from the time she terminated her first pregnancy disappeared. She attempted to commit suicide two times. It is at this lowest point that she started to question her purpose in life. “I wanted a complete healing for my heart, mind, spirit, body and soul. I knew that only God could give me that,” Joan* says. She sought help from her pastors and decided to completely turn away from her past. “I started having a deep hunger for the word of God. I longed to know what God says about me and about my sexuality. “God started teaching me that sex is sacred and an act of worship when done in the right place, at the right time and with the right person.”

With that, she started taking the message of abstinence to schools, churches and other institutions in 2004. “I knew then that there were other women who had gone through or are going through what I did. I desired to reach out to them,” she says.