My Man By Tony Malesi 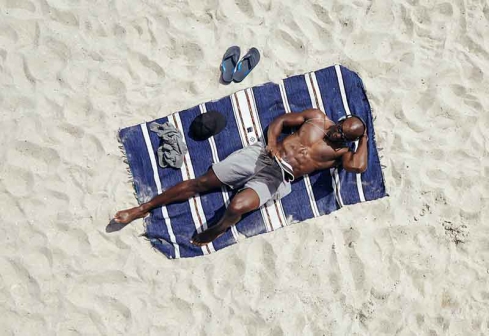 However, Hollande was not the first president to be mocked over his height. His predecessor Nicolas Sarkozy was notoriously sensitive and insecure about his height, and went to great lengths to disguise his small stature.

For instance, besides wearing specially-designed, stacked shoes, the brief head of state was always spotted standing on tiptoe during photo ops with his tall counterparts such as the former US President Barrack Obama. What’s more, he used to stand on hidden wooden boxes while giving speeches. Also, pint-sized Sarkozy is said to have banned tall, built bodyguards, fearing they would dwarf him in pictures. It is rumoured he even banned his tall model wife from wearing high heels when they were together, evident in all their photos.

When I checked the comments on the aforementioned Hollande photo, I couldn’t help but notice women’s hate for short men. Ruthless ones rounded up all short men and went at them hammer and tongs, leaving them for the dead. It was mob justice. “I am sick and tired of short men hitting on me. They all need to be rounded up and shot dead!” one blurted. Odds seems stacked against these brief men, so much that, I suspect, even short women and female dwarfs don’t like them. “I can’t date a short man” is a common slur by women, especially the short ones in seven-inch heels. It’s common to hear people making fun of short speakers each time they take to the podium, shouting “Buuana, please stand up and speak up. We can neither see nor hear you”.

On the dating scene, women religiously adhere to their ‘tall, dark and handsome’ trinity. Even if you are loving, caring and understanding, but happen to be short, just get lost! You are toast. Women want nothing to do with you. Dating is a tall order for these men. As a short man, to get the respect of women you must be bloody talented or have money and power. Period. Women can overlook a man’s looks, his bad sense of dressing, weight, bad breath and many others. But when it comes to height, there is no debate. Others sneer upon seeing short men. It’s a dog’s life for short men. But one wonders, should height be such a big factor during mate selection, anyway? Of course, most women will sheepishly answer that question with a loud ‘yes’. And even proceed to justify it, saying retarded stuff like: “Mscheeew...problem with short men is they can’t multi-task in bed. They have to stop the act and stretch to reach your lips for a kiss or to fondle your boobs.”

Actually, most women I have talked to link height to a man’s sex appeal. Despite their upward mobility, fake height courtesy of high heels, big jobs and all, women still feel feminine and prefer male dominance, especially in the bedroom. They want someone to look up to, who will spank, kiss and generally cuddle them — a task their much-loved teddy bears are finding very challenging. Poor teddy bears; they’ve a long way to go in as far as replacing men is concerned. What’s more, some busybodies have been spreading rumours that short men suffer from an inferiority complex. Every woman has a reason as to why they hate and can’t date short men. The inferiority complex theory is most common. Then again, shortness seem to have all sorts of negative connotations. It’s assumed vertically-challenged men have a short temper, are creepy, incapable and don’t measure up in bed. Women always dismiss them with, “Utaniweza kweli?” scoff, each time they try to put up a case. To all short men out there, take heart, stand tall and never sell yourself short.