Of deadbeat mothers-Women with no motherly instincts 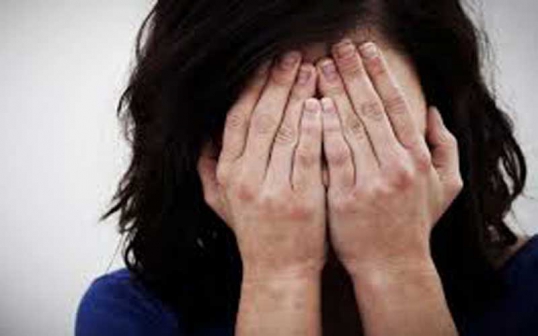 A 63-year-old granny in this writer’s rural home is an unhappy woman. Phillis (not her real name), a widow, has to fend not just for herself, but also for two of her grandchildren. She says her two daughters gave birth, dumped their kids at her home and disappeared to Nairobi.

“They don’t send any money to support these children. When I ask about their fathers, they become grumpy and brush me off. I have to do menial jobs like tilling people’s lands, nag local leaders for bursary or even borrow money from relatives to settle their school fees, which is luckily subsidised by government,” she agonises.

Despite the bother of rising kids on their behalf, Phillis’ daughters, who seemingly lack maternal instincts whatsoever, hardly visit or communicate to know how their children are doing. So sad is the state of affairs that the two teenagers are now so used to their granny that they think she is their mother.

“Initially, I took up the responsibility rather reluctantly, but I am now used to it and see no need to give their mothers a reality check. The boys are so used to me that they treat their mothers as strangers when they visit over December,” she says.

Women with no maternal instincts

If you thought the term  deadbeat is reserved for runaway fathers, think again and welcome to the world of heartless deadbeat mothers.

It is said that these women give birth without putting any thought to it, only to dump their out-of-wedlock children on their mothers to raise them on their behalf.

Another good example is a tale told to us by a city based watchman.

“The lady lives in Buru Buru but has turned her mother in Githurai into her nanny. It is the aging mother who is raising the young woman’s child,” he says, adding that the woman rarely visits, despite the short distance. It is, however, not known whether she gives her mother financial support.

It is believed that some of these women do so to avoid the burden and responsibly of motherhood.

Others like one Evelyn do so to avoid ‘devaluing’ themselves when seeking new boyfriends or husband to marry them.

“It is very difficult to get a man to marry you when you have an out-of-wedlock child. The moment you mention you have a child, potential boyfriends vanish. Most of them would not want to be involved in the nasty wrangles associated with such women and their baby daddies,” she says.

ALSO READ: Has my child been suffering from maggot infestation for six years?

Getting rid of OUT - OF - WEDLOCK KIDS

The extent to which such women go in a bid to get rid of these kids is mind-boggling. In what can pass as a classic case of deadbeat mothers who have no maternal instincts, a woman killed her one-month-old pair of twins a while back in Nairobi’s Eastlands under unclear circumstances.

In yet another related incident, a 21-year-old woman, currently in police custody in Kisii County, killed her daughter so as to secure a job as a house help in Nairobi’s Umoja estate.

Desperate to secure the job whose reporting deadline was fast-approaching, the woman threw her three-year-old daughter into a river in her village mid last month, claiming that she was ruining her chances of getting the job. This was after her parents and relatives declined to take custody of the child.

And she is not alone. Many a young women have scorned on motherhood. However, one of the common ways deadbeat mothers get rid of their children is by dumping them on their grandparents back in their villages as they gallivant around urban centres with little or no care in the world.

These women shy away from responsibilities that come with motherhood and give the flimsiest of excuses to justify why they have no intentions of being proper mothers. Need we mention that some of them would do a better job at placing the taste of liquor to its brand while blind folded than knowing who their baby daddies are?

One social media user aptly captured the annoyance that this sad state of affairs brings when, during last week’s Mother’s Day celebration, he boldly ranted: “Mothers’ Day my foot! As others are celebrating their mothers, I loathe mine because she abandoned me. The selfish woman did not give a hoot about me, and so I cannot recognise her in my life.”

If his statement is anything to go by, then his mother presumably falls under the cadre of women who don’t give a hoot about their children. It’s common to see such women, mostly in urban areas, live lavishly, dress in the latest of fashion, donned in expensive weaves and jewellery, yet their children, grapple with basic needs and school fees. Take Peninah* a Nairobi-based hairdresser, for instance. She has a five year-old-son who lives up country with his grandmother and she has not set her eyes on both of them for the last two years.

“I am busy making money to support my son and mother. I got pregnant when I was in high school and my baby daddy was a student. He denied responsibility. Besides, no one would marry me knowing I have a child, particularly a son,” she says.

The salonist says the fact that she has a child back at home remains her secret because she is not about to let him (the son) ruin her future.

“I always send my mother a thousand shillings every month. That is enough considering she is upcountry. Life is relatively affordable there,” she says. Peninah admits her son does not really know she is his mother, and is growing up believing that his grandmother is his mother. “I prefer it that way. What is worse, aborting or giving him life and letting my mother raise him?” she asks, rather rhetorically.

Peninah says in her community, in which she is keen to get a husband from, men shy away from marrying women with male children born out of wedlock. The child, she says, would be forever treated as an ‘outsider’. When reached for comment, Jared Oloo, an elder well versed with Luo culture, admits that although times have changed and modernity and Christianity are slowly eating up the fabric of the traditional culture, Luo men shy away from marrying women who have male children.

“In the past such a child would be killed, this is because he would snatch the destiny of the other children that the new dad would sire with the mother,” he explains. Oloo adds that such boys are always feared because are likely to cause unnecessary rows over inheritance of property, especially land.

“This is why, when getting hooked up to new boyfriends or getting married, most women from our community hide the fact that they have children born out of wedlock, especially boys, lest they get rejected,” Mzee Oloo says.

In yet another case, one Leah, a married woman with three children, has another child who lives with her sister.

“It’s a well-kept family secret and as long as I support my parents; sister and daughter, no one would dare mention it to my husband,” she says matter-of-factly.

Strange as it may sound, there are lots of women who would gladly give up or have already chosen to abandon their children, or totally or partially abscond motherhood, just so they can chase their dreams.

The allure of good life has overridden their motherly instincts, thus have sacrificed being actively involved in their children’s lives in pursuit of careers, money and to bag the men they desire.

As it turns out, some of these women have pathetic parenting skills and their mothers step in to save the situation. Without noticing the irony in her statement, one woman tells us how her mother bullied her way into raising her (the woman’s) child.

“She argued that grannies are better at bringing up children, insisting I surrender mine to her. I let her live with my kid and handle everything,” she said, without realising it is very probable that her mother disproves of her parenting skills! Other tales have also been told of women who have walked out of their marriages and left their children behind too.

Experts, however, explain that some of these women abandon their children as a way of unconsciously punishing them for the sins of the father. Bernard Omondi, a Kisumu-based Counselling-psychologist says some of the absentee mothers suffered post-natal depression and no one helped them manage it, thus leading to long-term trauma and bitterness. “Naturally women are born with motherly instincts irrespective of whether they become biological mother or not. It is abnormal for a woman to abandon her child in pursuit of other things in life,” he concludes.