﻿﻿ Evewoman : How I picked myself up after divorce ​
​

How I picked myself up after divorce 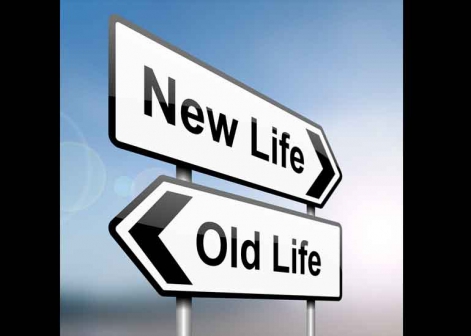 A few weeks ago, we met 41-year-old Tina and 35-year-old Emily, who had both been married for five years. Today, we look at how these women rebuilt and continue to rebuild their lives after the collapse of their marriages.

The time and experience is different for different women. Tina knew her marriage was over two years before she got the courage to walk out. On the day she left, she hired a moving company that was owned by one of her friends because she wanted people she could trust.Rebuilding After The Storm

"I called my mother early in the morning and told her what was going on. I sent my nanny and my daughter to her place to ensure their safety."

Tina says her brother was present the entire time she was moving to protect her from her husband. Tina moved all the way to Athi River, where she had bought a house a few months earlier with the intention of living it with her husband. But he had been reluctant to relocate.

"I think God was looking out for me. For this house to have been ready exactly when I needed it. Yes, it was empty because I had left most of my furniture behind, but it was mine. It was my fresh start."

The first few months were the loneliest she had ever been. She didn't know anyone in the area and the house was much larger than her previous one. It exaggerated the gap that had opened up in her life.

"The worst part was my daughter didn't understand what was going on. She kept asking for her father. I wasn't quite sure how to explain his absence to a two year old."

Tina was blessed to be represented by a top lawyer whose fees had been paid for by a friend. Her divorce was granted and she won full custody of her daughter. Even so, she opted to allow her ex-husband visitation rights.

"My mother told me, from her own experience, never to dictate to my daughter who her father was. My daughter's relationship with her father needed to be her own because that is what would influence her future relationships with men."

It was then that Tina realized society is skewed towards a set concept for family and anything outside of this image if often shunned or looked down upon. She remembers her daughter coming home from school after being asked to draw her family. Unlike other children who drew one house with both parents in it, her daughter had drawn two homes; one with her father, one with her mother and the daughter standing between the homes.

"It broke my heart because she knew she was different. I wanted to impress on her that it was okay. But I first had to accept that myself."

Tina had avoided going to church for one year because she didn't feel she could be honest about her situation. She tells Eve Woman that her acceptance came when she applied for a visa and had to tick the box, 'Divorced' as her status. That is when it hit her.

"The journey is not easy. Especially dating. After my first failure, I am not sure there is someone out there for me. Who gets me and allows me my imperfections, my strength, my opinions and most importantly my growth."

For Tina finding the right man is important because she wants to teach her daughter that a woman thrives in a loving environment where she is celebrated and honoured for being exactly who she is.

Emily, did not feel accepted or loved and constantly battled with low self-esteem before she separated from her husband at the age of 30. When she left, she wanted a completely fresh start. All she took with her were her clothes, 2 spoons, 2 forks, 2 knives, 2 cups, 2 plates and a few sheets and blankets. Basics.

"I even left my car behind. He had given it to me as a birthday gift. I was so wounded I wanted nothing that would remind me of him. I threw my wedding and engagement rings into a river."

Starting over for Emily was extremely difficult as she juggled two jobs to try and keep financially afloat.

"It was a complete lifestyle change. I was drowning in overdue bills, sometimes I didn't make my rent. It was just as well I'd left my car behind because I could never have afforded fuel. I could barely afford groceries. " Emily smiles, bitter-sweet as she adds, 'On the plus side, I lost tones of weight."

Emily kept the faith, knowing she had made the correct decision for herself. Slowly doors begun to open. She got a promotion at work which came with a substantial pay rise.

"I could now make payment plans with the people I owed. I will never forget my Property Manager because she could have thrown me out but, she literally held my hand through those months that I was struggling and we became really good friends."

With the additional help of a loan from her sister, it took Emily 7 – 8 months to get back on her feet again. Emily strongest support came from her family.

"I always thought my mother would crucify me for my decision to leave. But she was there for me, ensuring me that God would remember me, that I should keep praying and that she loved me. I think I cried for an hour after that because despite the pain in her eyes, she showed me acceptance. She knew this was something she couldn't fix for me."

Emily admits that she occasionally had suicidal thoughts but her sister always talked her off the ledge. "She was my ride or die, that shining light, showing the way no matter what. Everyone going through a divorce needs that person in their life."

Emily says it's not only messy divorces that are difficult. She calls her divorce a 'silent' divorce. 'When you know that you can't stay and you gave it your all and it is just time to leave and your partner doesn't raise a finger or bat an eyelid and lets you go without a word... that is tough."

Over the years, Tina and Emily have slowly recovered and consistently work to improve who they are. For all women and men, if we let it, marriage whether successful or unsuccessful can be a form of growth and transformation.

How did they move on? Tina and Emily shared some tips on what they did to heal. Cynthia Otieno, a Relationship and Transformational Coach, weighed in.

1. Remove yourself from the situation: It doesn't matter how little you take with you, don't worry about the material goods. You built yourself up before you got married, you can build yourself up after the marriage.

• Cynthia Otieno agrees that removing oneself from a disturbing situation usually gives clarity. However before one walks out the door they need to be certain that this is what they want and not just an attention seeking stunt. Secondly, they need to ensure they have done everything in their power to try and save the relationship.

2. Realize that your healing will not come in a day: It takes time to heal, to trust yourself again and to trust others. Give time, time to work. The pitfalls will be dark sometimes and that's okay. Just remember one day you will be alright.

• Cynthia Otieno confirms that time will usually help us heal. One vital thing to remember is that there is grace to overcome all situations. Failure does not determine who we are. Take the life lessons and apply them.

3. Surround yourself with friends: Don't shut the world out, allow those who love you to support you. They will provide necessary distractions and also help you put things into perspective.

• Cynthia says companionship is the fastest way to remember who we are. Our support system should include not just our friends but our families are well. We might be surprised that by losing our marriage, we lose a good number of our friends as well. But family, will mostly be there.

4. Find something you enjoy: Delve into something you like to do, especially if you had stopped doing it during your marriage, e.g swimming, eating out, painting, writing etc. It will slowly remind you of your worth.

• Cynthia says the challenge for most women in long-term relationships is that women get so caught up being a mother and a wife that they forget who they are. Dealing with a separation is truly a good time to go back to what we loved, and ironically enough, what made that man love us in the first place. It is time to Rebrand and rebuild ourselves.

5. Remember why you left: After a number of lonely nights you will start to second-guess yourself. Trust your instinct and remember what made you walk out the door. Should you ever choose to go back, make sure this issue has been solved because if it hasn't, it will only rear its head again.

• Cynthia strongly believes that most, if not all relationships are salvageable , unless there is a threat to someone's life. She says it's important to take time away to figure things out but if there is the slightest chance that a relationship can be mended, an attempt should always be made to save it. Involve a third party or a professional. Marriage can and should be forever.