Girls, be wary of social media love- It’s the devils way of getting into your pants 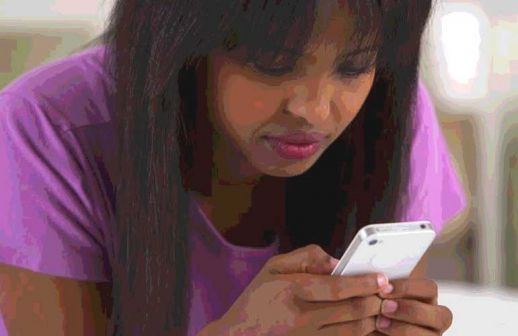 Social media has changed the way we relate and connect through the internet. Whether or not this is for the better is debatable. Today, there is a high percentage of youth and adults who are addicted to their phones. Social media is the opiate that people use to numb the pain of reality.

Now, even personal scores are settled on this platform with screenshots being the new weapon. Even love stories are brewed here, but the bitter truth is that most are never genuine and have been a source of immeasurable pain for many a young woman.

The script is predictable. A guy is bored in the office, probably on a Monday afternoon. He idly checks his Facebook and sees suggestions of people he could befriend. A face catches his attention. She looks young. He clicks on her profile. Her timeline is mostly full of selfies with pouting lips and ‘home alone with the dogs’ posts.

He imagines her pouted lips on his and sends a friend request. Because she is the type who plies the social media route like it’s paying her bills, minutes later she accepts his friend request. How could she not? He has posed next to a big machine in his profile picture, and did she read that he was at a beach resort last weekend? He excitedly hits her with a “hi” on her inbox. She replies. That marks the beginning of the new generation’s ideal getting to know each other.

The guy, let’s call him Tom, has done this too many times and with each kill, his skills get better. He is calculative like a jaguar. With every chance he gets, he inboxes her, asking about her day, what she likes and complimenting her photos .

The lass, let us call her Lucy, though her profile name goes something like ‘WizAmberadel Tubidi’, probably a college girl or recently done with college and figuring next move in life. She is inebriated with the temptations and allures that come with fun, adventure and the good life. Her role model is Kim Kardashian or those ladies who pose naked on Instagram?

It is a week of constant chats that have now graduated to WhatsApp. Tom is not ratchet, he does not ask for nudes, he asks for a coffee date. Lucy accepts the noble invitation, withdraws the little money she had on M-Pesa and buys a dress. Her makeup is right, her hair on point. They meet.

Tom and his bait are seated opposite each other. He smells of those types of cologne you only see on adverts, the scent lingers on her nostrils with every air she draws. He holds her gaze when conversing and smiles a lot. Her knees wobble under the table. He glances at his watch, it’s barely eight and so he suggests that they move to another joint for a glass of wine.

An hour later, they are seated at a club albeit this time, he is seated next to her. A few glasses of wine is all it takes for her walls to begin crumbling like Oreo. She begins blabbering on how her ex slept with her best friend on her birthday and the things he made her go through including aborting his child. She goes on and regales him with tales about how her dad left them, the aunt who is jealous of her hair and thinks her husband is snooping on her. They both laugh and she playfully slaps him on the lap, the way women do when devolving muchene. He holds her hand and rubs his thumb over it.

Tom gives her that, ‘I would never do that to you look’ and she Rogers it. He launches the other phase of the hunt, which capitalisers on her weakness and aroused emotions. He tells her he loves her and fell for her from the word go. He says he wants to be with her and make her happy. At that point, her sanity has gone on a go slow, she can no longer ask herself simple questions like how a stranger she met online and who she has barely known for a fortnight suddenly is professing undying love for her.

The guy checks his watch again; it is some minutes past eleven. He mentions that he has an extra room in his house and that it is too late for her to go home. “I promise to behave” she agrees.

By the time they get to his house, he does not have to say a word, she is all his. She does not insist on rubber, she does not even think...her body would not let her.

A month later, she discovers she is preggers and HIV positive.

Girls, be wary of what social media can do to your character and life.