How to spot a single and desperate woman in her 30s

Many women who are single and in their late 30s today never saw it coming. They had a plan: finish their first degree, masters, a job, a promotion, make money, be independent and settle down by 30, latest 32. Of course, nature always laughs back at their fantastic attempt to dictate the pace of their lives.

Over the years, they turn down potential husbands, go on a partying spree like they have frozen time, only to arrive at 37 with nothing to show for it other than money in the bank, a car, and sometimes a child from a relationship that never quite worked.

So, now they are stuck in a phase where they will never find a man of their dreams and have to settle for any man who will be gracious enough to even suggest marriage. By now, all those flimsy and shallow standards they used to have are gone, humility is their second name.

I have seen many women in their 20s buy into the misguided, feminist belief that men and marriage are bad for their academic and career advancement. What feminism does not factor in is that the older a woman get, the less a chance she stands of marrying someone desirable. It is a fact of life, not a chauvinistically inspired thought.

Very few men would marry a 35-year-old woman who is independent and opinionated when we live in a highly hypergamous (act of marrying someone wealthier than you) society. There are plenty of young and hot beautiful women ready to settle into a marriage where they play the second fiddle as long as the man provides.

It is good to be ambitious, even better to break the stupid glass ceilings, but at what price? Bottom line, at some point, you will need a man in your life. Granted there are lesbians and some who are not interested in marriage, but my experience with older single women has proven that they mostly live a life full of regrets.

Today, let me share with you the signs that a woman is likely to end up single, and lonely, and probably a pet keeper:

1. She values education and career over marriage and relationship.

2. At age 28, she has more liquor in her refrigerator than fruits and vegetables.

3. At age 27, she’s quaffing neat whiskies like a sailor.

4. She’s into cigarette smoking, or in worst case scenario, addicted to weed.

6. At age 30, she still insists on only dating a tall, dark and handsome guy who is monied and with a six-pack to boot.

7. The idea of cooking for a man is a total turn-off to her.

8. She has never forgiven her father for abusing her mother, or her first boyfriend used to abuse her and she now thinks every man is violent and controlling.

9. She is so much into fashion, and her fortnightly combined expenditure on manicure, pedicure and hair-styling is enough to settle one month’s rent for a three-bedroom house in South C.

10. She is turned on more by boardroom politics than the the pleasurable and humane joys of holding her baby.

11. She can’t imagine giving birth naturally and would rather opt for a Caesarian section, and as far as she is concerned, breastfeeding is a three-week exercise before the kids are introduced to formula.

13. She loves having multiple sex partners.

14. Her job involves a lot of travelling and she not even 30 yet.

15. She can easily find a parking spot at a packed nightclub than her way to church.

16. She believes in absolute equality in marriage without any sacrifice or compromise. 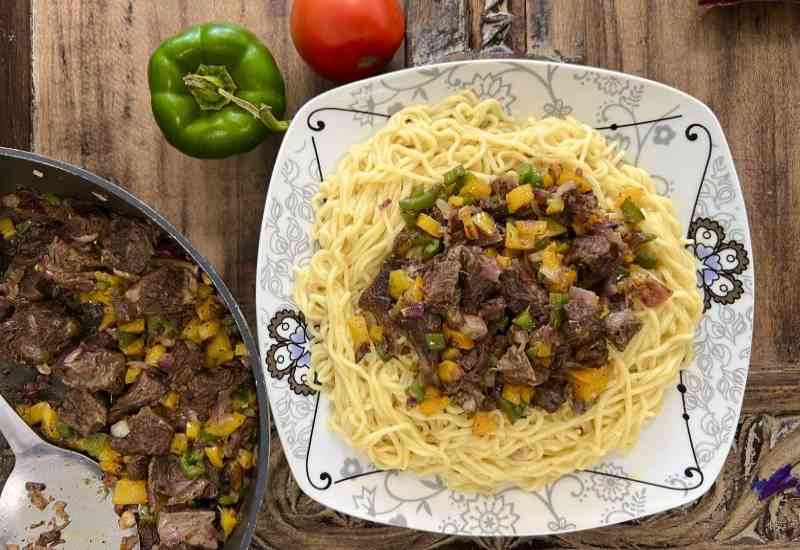 Recipe: Beef and sweet pepper noodles
Recipes
By Chef Ali Mandhry
1h ago
Making holiday travel tranquil and great
Living
By Jayne Rose Gacheri
2h ago
Beginner's guide to managing your money properly
Living
By Esther Muchene
3h ago
Help! He won't talk about his feelings
Relationships
By Chris Hart
4h ago
Timeless pieces every man should own
Fashion Tips
By Esther Muchene
21h ago
.