﻿﻿ Evewoman : Adult decisions gone sour! When a lady gets into the house using the toilet window ​
​

Adult decisions gone sour! When a lady gets into the house using the toilet window 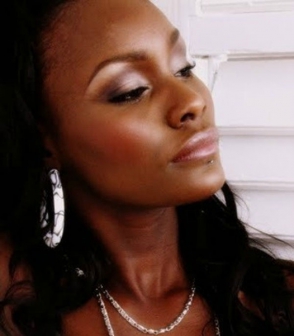 ALSO READ: The importance of keeping a journal

Some of these adults in my life sometime amaze me. Just when you think you have seen it all, they pull another one of their unique stunts. So last week I came back home from hospital with my little munchkin hoping she will have a calm first night home.

Later, in the wee hours of the night as I was admiring my daughter’s sleeping face, my sister Linda rushed to my room and dropped the bombshell “Kuna mtu ameingia kwa nyumba ya Janet na dirisha ya choo” Janet is my other sister who lives on the third floor of the same building.

I was torn between grabbing my daughter and taking off and rushing to my sister’s rescue. Linda called our watchman immediately and reported the mater. Janet on the other hand was busy pushing her bed against her bedroom door hoping to block the intruder from entering her bedroom as she communicated with Linda via texts.

She could still hear the intruder struggling with the toilet window and finally landing inside the toilet with a loud thud! Seconds later, she heard someone screaming and immediately knew the intruder had attacked he sister-in-law and she was next.

She called Linda and whispered “Huyo mtu ananyonga Patty”. We were now scared stiff. Why would anyone get into someone’s house using the toilet window and start squeezing life out of them?

Before we could decide on whether to go and rescue Janet or wait for security, Janet called and said the watchmen were already at her house and had caught the intruder.

I grabbed my daughter and together with Linda we rushed downstairs in readiness to skin the intruder alive. Shock on us when we got to my sister’s house! The watchmen flashed the lights to point at the intruder only for us to see Rose, our lastborn!

Apparently, she had come to visit at that ungodly hour and when no one picked her calls, she decided to gain her entry through the toilet window.

What amazed me is the way she explained how her husband carried her on his shoulder and threw her into the toilet since the window was too high. She fell inside the toilet and hurt her ankle and that’s when she started screaming and Janet thought someone was being killed.

The watchmen had followed her in through the same window and tied her up. That was after tying up her husband too whom they met exiting the building after throwing his ‘javelin’ into a toilet. Of course they had received several slaps before Janet left her hideout and identified them.

I wanted to sympathise with them at that time but all I could do was laugh out loud. How do two adults just decide to come for an impromptu visit in the wee hours of the night and find their own way into a house after knocking in vain?

You should have seen them on the floor all tied up and swollen from the beatings. Believe me when I say the world is almost coming to an end. With such happenings, all I can do is wait upon the Lord!

The importance of keeping a journal

How to cope with receiving a disappointing gift

Yes, you can be allergic to your partner's semen