My husband moved into another woman's house in our estate 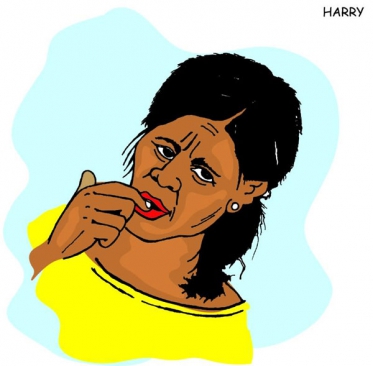 I am a mother of three girls and have been married for nine years. We were a happy family until last year when I discovered that my husband was having an affair with this young lady in the estate.

We fought about it and he assured me that it was over. She disappeared for a while and now she is back with a baby boy and this has driven him crazy. He spends all his time at her place only to come home past 11pm or doesn't come at all.

She has told me to my face that my time with him is almost over because I failed to give him what he wanted the most. She keeps saying it is only a matter of time and he will be all hers. I think I am losing the man that I love and I don't know what I can do to keep him. I don't mind him supporting them but I just hope that we can remain the first priority in his life. Please advise me.
{Rosaliah}

This is a complex situation you are in and a relatively popular problem with men. It is an unspoken and deeply entrenched desire of a man (in his creation as a man) to have a son or sons who will carry on his name or genes rather to future generations. What happens with most men is that although they appear to be comfortable to have daughters only, inside they deeply long to have a son. This is what is manifesting itself in your situation.

At present, he appears to be eating from the palm of her hand and he doesn’t care what the world will think because after all, she has given him an heir. She on the other side is feeling rather good about this fact but she is not playing fair – you don’t expect her to anyway. What you need to do is to leave her out of your life and concentrate on keeping your husband. The starting point for this is by accepting the facts which include among others that she is now a big part of his life, that the little boy is a reality and therefore from now henceforth, he will never be the man he was before all this happened. His attention, resources i.e. money, attention, time e.t.c. and commitment will always be divided between both houses.

This situation can be difficult for anyone but you have the capability to make it easier or much harder for everyone. If you accept the situation as it is, you will ideally make things easier for yourself. The focus should be on retaining at least his affection and keeping him around because the truth is that he has other kids to take care of. Give him time and make the environment at home conducive and desirable to him so that even if he has a strong affection for the other family, he will always find something good in your family and with time he will respect you as his first wife and your family as his first.
{Taurus}

The truth of the matter is that he now has what he has been longing for. This shows your family is taking a polygamous inclination. Be calm and do not cause a lot of trouble because this is probably what he was waiting for.
{Ebrahim}

A child is a child be it a boy or a girl. He also needs to know girls actually take better care of their parents than boys. He should, however, ensure he is fair in supporting both families. It is not your fault and you are also capable of giving him a son. Also, how sure is he the boy is truly his? You may also complain to the family court for up keep for your children and to stop him from marrying this woman and he should maintain you and pay for the damage he is causing to your life.
{Onyango Outha}

You may have to accept that your husband has married a second wife and the only way out is to help him love her and he will love you forever. The other option is to give up on him and manage your affairs as if he is not there. It is also possible for you to conceive again and give him the boy he is desperate for.
{Tasma Charles}

The relationship with the other woman is not ending soon. Accept the reality of the situation that you now have a co-wife. Fighting over this will only drive him into the welcoming open arms of the other woman. He will always be your husband even though from time to time she will want to torture you but you should always love him and understand the situation.
{Ouma Ragumo}

These things happen and women who want to keep their marriages firm know the right tactics to use to please their husbands. Do not fight about this and perform all your duties as a good wife. Love him even more whenever you have a chance to and if you do everything right he will soon be asking for forgiveness.
{Fred Jausenge}