I quit banking to make my own money 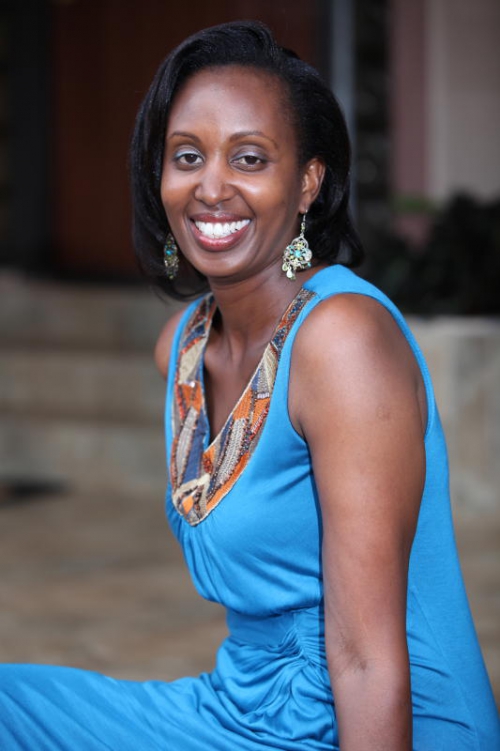 I quit banking to make my own money

Sylvia Wakhisi talks to Marion Wanjiku Kariuki, the CEO of Access Group of Companies about her quick rise in the banking industry and why she chose to leave a stable job for the unknown.

It is said that fortune favours the brave - you won’t regret having a go, but you will regret not trying!

Several years ago, one woman took a bold step when she traded her reliable, well-paying job to pursue her passion. So far, she has no regrets. Marion Wanjiku Kariuki was a branch manager at Diamond Trust Bank. Her mission then was to oversee operations and administrative details of the bank’s branch at Prestige Plaza, Nairobi and ensuring a high level customer service, something she was well cut out for.

Her job was the envy of many who felt that working in the bank came with some prestige. But for Marion, this came with some sacrifices - she had little time to spend with family.

“The branch at Prestige was my baby since I helped set it up; I had to be hands on in all ways. Being appointed the manager was the highest point of my career,” she recalls.

Marion has had to sacrifice a lot to build a multi-million shilling chain of businesses, top of them all being giving up on her career as a banker. Here she was; a wife, a mother of two, and expecting her third baby with a full-time job that needed all the attention.

“Many are the times I woke up feeling drained and asked myself if I would make it through another long working day. In as much as I loved working with numbers, still a part of me felt unfulfilled,” says Marion.

As her mind wrestled with the thought of holding onto her job for a while, so did the desire to quit and start something on her own. After the birth of her third born, Marion finally reached a decision: she was not going back to the bank.

“It was a tough decision. My responsibilities as a mother had increased further with the arrival of our new baby. I told myself I needed more time to spend with my family. And that marked the beginning of the journey to pursue my passion,” she says.

She adds: “After working in the banking sector for 14 years, I called it quits in 2010. I realised I liked my job but I wasn’t fulfilled. It was unbearable.”

Her decision, as usual, was met with a lot of criticism.

“My family and friends thought I was crazy and foolish. I lost friends,” she says.

This marked a new chapter in Marion’s life. She purposed to develop human potential. Today, she is the Chief Executive Officer of Access Group of Companies, which comprises real estate, sourcing and logistics, transport services. Her company has since tapped into the East African market and continues to expand.

Marion’s sweet, down-to-earth and easy going spirit pushed her up through the ranks in her banking career.

Born in Kirigu village in Nairobi’s Dagoretti area, Marion grew up as the second last child among seven children-five brothers and two sisters. Her father was into employment all his life while her mother was a stay-at-home mum.

“My dad being a church elder, helped to instill strong Christian values in us. My mum, on the other hand, was the disciplinarian and each of us would dread that moment when we did something wrong because we were assured of some form of punishment. But we are grateful for their characters because they have shaped us into who we are today,” she explains.

After her primary school days at Kirigu Primary, Marion enrolled at Kambui Girls High School in Kiambu until 1992. She later joined the Catholic University of Eastern Africa to pursue a Bachelor of Commerce in Management.

Upon completion, she struggled to look for a job and the first opportunity arose in a local company where she worked as a secretary.

As fate would have it, one of her friends approached her and informed her of a job opportunity in a bank. “I had the qualifications and thought it would be the perfect opportunity to turn my life around. So I went for the interview, which I passed and was given the job.”

She kicked off her banking career as a cashier with ABC bank rising through the ranks to cash officer, customer service officer before joining Diamond Trust Bank as a branch manager.

She offers: “I was good at customer service and it didn’t take long for my bosses to notice that. It turned out that every customer who came to the bank wanted to be served by me, something I really appreciated. When a higher position came up, it was not hard for me to rise. I moved to Diamond Trust Bank to get another feel and it proved to be an exciting experience altogether.”

When she quit to venture into self-employment, Marion says she didn’t have any fears, but was ready to tackle the challenges as they arose.

“I was jumping into something I was well prepared for. I was aware of the fact that there are days I would lack, while in others my face would light up with a smile because of what I would have been able to make. It was just a matter of time,” she says. True to that, Marion is now living her dream - running her own company.

“We carry outsourcing and logistics and, in this case, we mostly target the health sector. When it comes to real estate, you can never go wrong with housing. It offers unlimited potential and numerous opportunities.

“My husband and I had this piece of land and we thought, why don’t we put up some nice residential flats? The first construction we did inspired us to do another then another better one with beautiful finishes to suit the market needs, and that is how we have carved a niche in the real estate sector.

“We have some flats along Naivasha Road, Kikuyu Road and are currently putting up another one around ILRI (International Livestock Research Institute). I also have hostels in Madaraka near Strathmore University,” says Marion.

Marion loves every step of the journey that has gone towards building Access Group of Companies and gears up to make the business bigger and wider.

“When you are in business, it entails that you learn something new every day to keep up with emerging trends. There is a lot of joy that comes with self-employment. The best part is that you get to choose your working hours, even if its midnight,” she says.

However, the journey has also had challenges.

“When I started out, I had to multi-task and perform several roles because I was my only staff. On the other hand, my working hours are not clearly defined since sometimes I have to wake up even at 2am to attend to the needs of clients from international countries because that is the time they are up and about.

“But I am grateful to my husband who has remained supportive and a great team of my employees who carry out their tasks diligently,” she says.

Having walked a mile in the entrepreneurship road, Marion is on track to ensure her financial security is in check as she follows her passion.

And with a smile that epitomises success and satisfaction, she points out that success in business to her is constantly looking in the mirror for truths, reality, vision, failures and learning experiences.

“As long as one is learning and adjusting accordingly, then they are successful. However, do not put money in a business without doing proper research because you will end up burning your fingers.

“First establish what you want to do, do your research well, and then go for it,” says Marion. 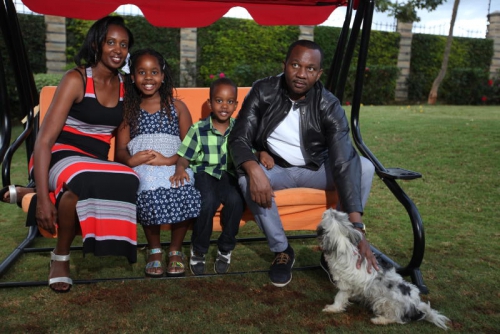 Marion on motherhood and being a politician's wife

Marion is married to Dennis Waweru, MP, Dagoretti South, and together they have three children, Jimmy, age 16, Jade, 9 and Jason, 4.

She says one of the most difficult moments she has had to face is when her husband Dennis joined politics.

“We were a quiet family but since he became MP, all that has changed and somehow, we have had to make some adjustments in our lives,” she says.

She adds: “When you log onto social media, all you read and see is some nasty gossip being spread around. When you visit your parents back in the village and they ask you whether this and that is true because they have heard it from people, all these are some of the things we have had to put up with. It feels bad when people want to intrude into your life, but at the end of the day, you have to pray and ask God for grace to see you through.”

She terms her husband as a loving man and father who “spoils” his family at any given opportunity. He is hard working and has very noble intentions for the society.

“When he told me of his intentions to venture into politics, I wasn’t too sure whether it was the right thing. At first, I was scared because I know how nasty politics can get. I didn’t think he was a public person. He didn’t talk much. But I promised to support him. I was in his campaign entourage from day one in the last elections till the day the results were announced. It was fun. The work that awaited us was more than we thought. But we are proud of him because he gives us our time as a family,” she explains.

To cap it all, Marion says no matter your status or position in society, your family will always have your back hence, it is important to make them your priority. Put God in everything you do.

“Learn to support your spouse no matter the circumstance. Bless him every morning as he leaves. Laugh out some things. If he happens to come home late, be composed and know what to say and what not to. You have to create a healthy relationship,” she says.

Marion loves to spend her free time with her family, at the gym and sometimes reading.