I found my life's purpose in a Maasai shuka

Becky Ndegwa is among the few peope who have had a chance to dress Oprah Winfey...yes The Oprah Winfrey. She tells us how the biting cold of July gave her a business idea that has earned her global recognition.

On a cold July afternoon in 2013, a woman watched as raindrops pounded the fresh flowers outside her house in Athi River. Shivering from the ensuing cold, she picked a Maasai shuka, wrapped it around herself to ward off the biting cold. But she barely got warm.

She came up with a second plan.

With the help of her mother-in-law who was present, she loosely stitched a blanket to the Maasai shuka, resulting in a heavier material that finally did the trick.

Satisfied by her ‘new’ creation, she decided to stitch one more blanket in the same manner for her husband as a gift on Father’s Day. It was the Eureka moment. An idea hit her that she could actually make money stitching and selling such blankets by word of mouth through her friends.

For Becky Ndegwa-Latiff, the simple thought of beating the July cold gave birth to a business idea that has seen her rub shoulders with the high and mighty not only in Kenya but also beyond the country’s borders.

Becky is the founder of Indigo6 Limited, an outfit aptly named after one of the rainbow colors. From an initial capital of Sh5,000, the company aims to add value to the famous checked cloth that she then distributes both to individuals and corporates during special events. The finished product sells for Sh4,000 a piece and comes complete with an individual’s name and a small message if one so wishes.

In a good week, she can stitch at least 100 pieces or more depending on specific orders from corporate clients.

Becky has lost count on the number of high flying individuals who have wrapped themselves with her fleece blankets. The list includes top ranking political figures such as President Uhuru Kenyatta and his deputy William Ruto together with their spouses. Owning a piece of this brand too, are musicians Yvonne Chakachaka, Manu Dibango, Oliver Mtukudzi, Koffi Olominde, Kidum, the late Papa Wemba as well as local groups such as Sauti Sol. The blanket is now a constant feature in Koroga Festivals that she partly sponsors.

“I never went out of my way to create such a business. The fleece blankets just got a life of their own. I am also amazed at the speed in which a simple idea can grow given the right attitude and focus,” says the soft spoken mother of one.

She recalls how she stitched one blanket and gifted Caroline Mutoko who went on to showcase it on her media forums. What followed were a barrage of requests from interested individuals, something that caught her by surprise.

“I did not anticipate that my blanket idea would gather that much interest in people. I had no pricing because it was not a firm venture yet. I had no idea how to proceed though I could see the end results,” she says.

More surprises came her way later into the business. In November 2014, she came to learn that one of her friends was going to meet renowned queen of talk shows in America, Oprah Winfrey.

Winfrey was visiting South Africa where she had started several projects on girls. Becky could not let the opportunity to clothe Oprah with the Masai blanket slip by.

“My friend told me that her handlers were looking for a unique gift. Now it is normal to give such people things like coffee or African tea. However, I told my friend that it was better to get her something that will last in the name of the personalized Maasai blanket,” says Becky.

To her amazement, Becky got a call from South Africa instructing her to prepare at least four such fleece blankets. Normally, it takes three to four days from the time an order is placed to delivery.

This is due to the fact that every blanket has to be sent to a special embroiderer who stitches the names and personal messages. In this case however, she was done in a record one day!

“Designing for a person such as Oprah would ordinarily present some challenges. For one, you have to know her colors well otherwise the end product might be rejected. But since Google is our friend, I was able to know that she has a special liking for apple green color. I had my supplier source for them and soon the blankets were on their way to South Africa,” she says.

In January 2015, Becky took yet another leap of faith when she quit her job in a telecommunication firm to devote more time on her newfound venture. According to her, it was becoming difficult concentrating on her day job while personal business matters were always on the back of her mind.

“Some may have scoffed at my decision to leave formal employment to pursue a dream that seemed farfetched. However, I let my passion for the fledgling venture triumph over any fear of failure,” she says.

Sadly, says Becky, many people with similar brilliant business ideas get discouraged by others who sneer at their attempts to translate them into money. She discourages the popular notion that a startup can only succeed if you run the ideas first with your friends.

“An idea remains just that if you do not act on it fast. However, many people waste time ‘consulting’ only to be met with derision and discouragement from some who feel their small idea can never get off the ground. You lose time trying to figure out what you should have done already. It is better to start and inform them thereafter,” she says.

What is her biggest challenge so far?

“There are copycats who now feel they can do the same rather than come up with their own original ideas. This is what kills other people’s dreams. However, we thrive on quality and desire to maintain the goodwill we have created in those who believe in us,” says Becky.

To budding entrepreneurs, Becky says there is no shortcut to success adding that a good product will get noticed and stay on top as long as one maintains quality and integrity.

Becky’s face radiates confidence whenever she looks back at the venture she created by mere chance. The short but highly fulfilling journey of the fleece blankets shines like a beacon, a constant reminder that one should never despise small beginnings. 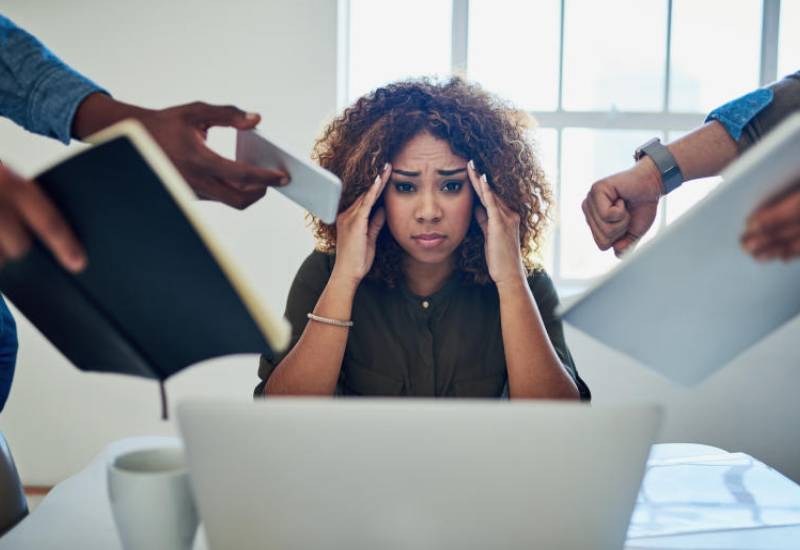 Signs that you're ready for career growth