PREGNANCY
By DERRICK OLUOCH | 2 months ago

Losing a baby is a pain that a mother should never go through.

Keen not to reveal much, Auntie Jemimah, who has curved a niche for herself in the comedy industry thanks to her witty dramas that portray a typical African mother, announced that she was expecting a baby girl but unfortunately suffered a miscarriage.

“My girl arrived at 34 weeks, sleeping. I held her in my arms and said goodbye. I am broken, oh so broken that there was nothing I could do to bring her back to life,” she wrote.

Hours before, celebrated gospel artiste Size 8 said she had lost her unborn baby in an emergency medical situation. She said she suffered from high blood pressure and fluctuating body temperatures, which put her in great danger and unfortunately lost her baby in the process.

“My blood pressure hit high levels and it was abnormal. Doctors tried all their best to bring it down but it still kept fluctuating which was dangerous. I am grateful for life! I would have passed on but you [God] chose to save me. Though my little one didn't make it, I know she is well in your hands,” she shared.

The news of the two celebrities losing their children opened up a debate about whether it is possible for prospective and soon-to-be parents to protect and assure healthy wellbeing of their unborn babies as the country comes to terms with a worrying infant mortality rate.

A study done by the Kenya Medical Research Institute Wellcome Trust – neonatal mortality in Kenyan hospitals – established that about nine out of ten neonatal deaths in the country are as a result of preventable causes.

According to the CIA World Fact Book, 37 babies in Kenya are lost before they reach the age of one out of every 1,000 births, a figure that places Kenya as the 49th most dangerous place to have a child worldwide.

In a bid to improve survival and well-being of children, the WHO suggests that families seek prompt medical care before, during and after pregnancy so as to minimize any health risks.

However, there are cases where a couple is faced with fertility issues and cannot naturally have children, and if they do, the pregnancies risks being plagued with a number of complications.

“Freezing eggs is an option but the indications need to be clear. For instance, if a woman who has been diagnosed with cancer and needs to under chemotherapy which can affect her eggs, she can consider having her eggs harvested and stored so that she can then have children later on,” says Dr Ong’ech Odero, chief medical specialist at Nairobi Reproductive Health Services.

When it comes to infertility, both or either, the man and the woman could be having issues. For women, the most common issues are blocked tubes, ovulation related issues, and hormonal issues.

Unfortunately, despite women increasingly preferring to have their children at an older age, the risks of encountering fertility issues are heightened as Dr Ong’ech explains that “the quality of the eggs is age-dependent and as a woman gets older, her fertility prospects begin to diminish as the quality of her eggs keeps dropping.”

However, when a woman is deemed medically incapable of carrying her pregnancy, they are normally left with the option of considering surrogacy. However, Dr Ong’ech decries that professionals have to rely on commonwealth laws as there Kenya doesn’t have any surrogacy laws. “Surrogacy is there in Kenya. However, the lack of clear guiding laws remains a major challenge to the process. ”

Christabel Kaiwa, a law reform expert at the Kenya Law Reforms Commission, says there are no legal frameworks governing the practice of surrogacy in Kenya.

In the absence of these laws, parties involved normally resort to mutual understanding and written agreements but not even these have done much to reduce the numerous court cases filed as surrogate mothers change tune.

To try and be on top of any issue likely to arise during or after the process, Kaiwa suggests that before one submits to a surrogacy agreement, they consider consulting a lawyers for professional advice and clarifications on what lies ahead.

“There are many rights at stake in surrogacy including birth registration where the surrogate registers the baby under her name and the natural mother only gets the child through an adoption process. However, with surrogacy laws, the transfer of a child would be simpler as the natural mother would be legally identified as the mother to the baby.”

With no law governing the practice there are numerous cases where after birth a surrogate backtracks on the surrogacy agreement and the natural mother risks ending up accused of child trafficking.

“As witnessed in disputes that have occurred in Kenya, many members of the society, including some health practitioners, do not appreciate the meaning of surrogacy arrangements. Public education will help demystify the practice,” the report, submitted to the Attorney General’s office and the Ministry of Health, recommends in part.

A self-confessed victim of abuse, ridicule and mockery because she does not have a child, Mbita Member of Parliamnet, Millie Odhiambo sponsored a Bill in Parliament – the Assisted Reproductive Technology Bill, 2019 – that proposes the formation of a regulatory body that would help bring sanity in the practice.

The proposed body, Assisted Reproductive Technology Authority, will then develop standards, regulations and guidelines on assisted reproduction; specify ways to enforce discipline in assisted reproduction, and regulate the rights and obligations of those involved in surrogacy among other functions.

The Bill is currently in its second reading.

Most of us are used to the traditional way of getting intimate, but did you know even the tip of your nose could get the job done? 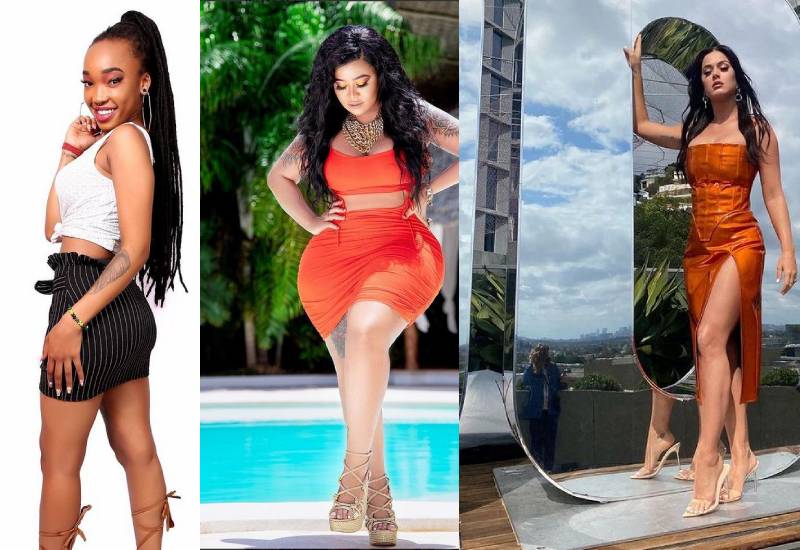 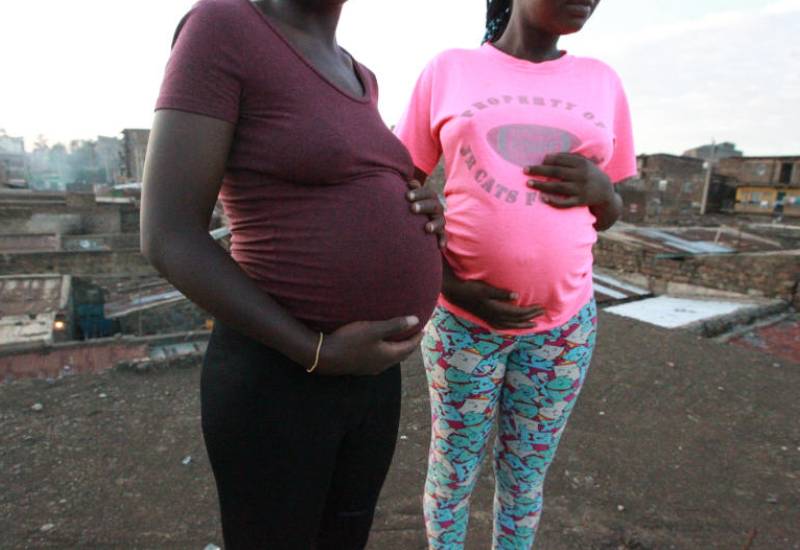 By WACHIRA KIGOTHO | 1mo ago 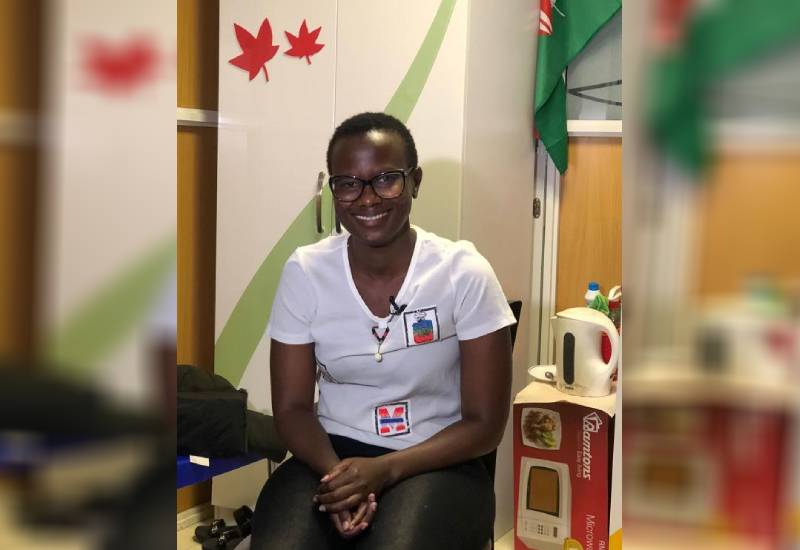 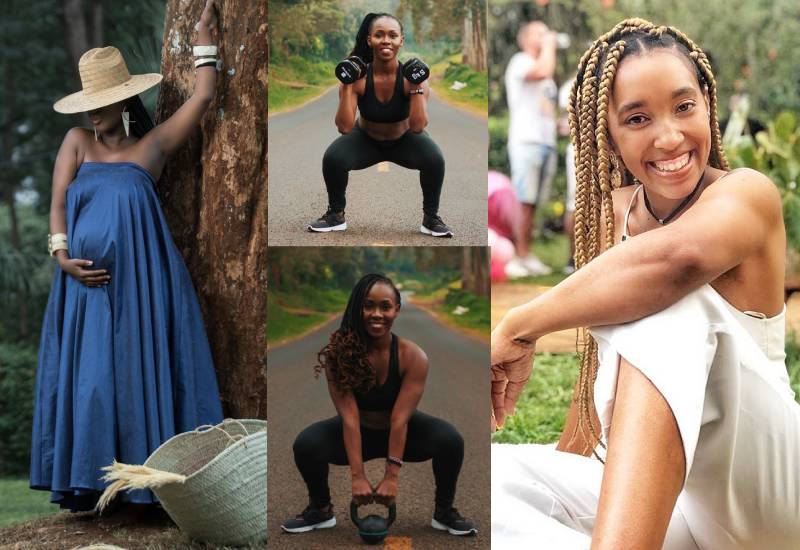 The snap back: Debunking postpartum body myths
To personalise content, tailor ads and provide best user experience, we use cookies. By using our site, you agree to use our cookies.