Young girls in slums turn to prostitution, entertain clients for as low as Sh50 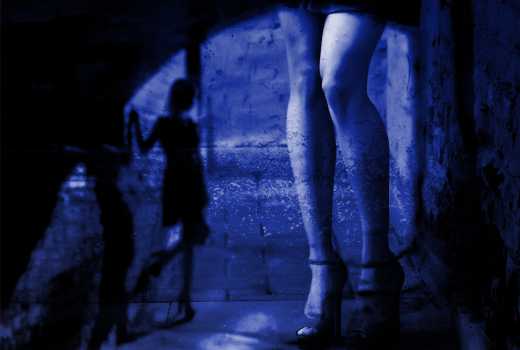 Child prostitution in the slums is on the rise, reports have indicated.

The areas previously known for criminal activities, especially during election campaigns, have become dens of sin where young girls entertain their clients at fees as low as Sh50.

Residents of Manyatta, Obunga and Nyawita slums have raised the alarm over the trend, saying it has seen an increase in sexual exploitation of school children.

Eighteen-year-old Mercy (not her real name), a resident of Manyatta who is undergoing rehabilitation after engaging in the activity for the last five years, admitted to having been recruited by friends.

She dropped out of school at Form Two and started practising prostitution.

"My father died and my mum had to take care of our family of six children. She could not provide for us adequately so I used to beg from my friends who consequently told me there were cheaper ways of getting money," she said.

Mercy said one day she sat at a club entrance in town with her friends who went away with men for a few minutes and returned with money.

"I was not lucky that day and I left without a single cent. But my friends shared their earnings with me. It looked interesting and easy and I went back the following day and got clients," she said. "I later escaped from home and that is how my schooling ended."

Her friend, now 21, said she was also lured into prostitution by friends. Unlike her friends, she met a man during a night out who offered her Sh20,000 for a session. She was in Form Two then and was struggling with school fees.

"I discovered it was not hard, and I could escape from school to meet the man, and more men came. I finally dropped out of school," she said.

The two are among other girls undergoing rehabilitation courtesy of a volunteer, Nancy Ochieng, who has been rescuing the girls.

Ms Ochieng said poverty pushes most girls into prostitution as most of their parents are unemployed and it is hard for them to earn a living.

"Most schools around have no lunch programme and children have to buy. Some men lure those who do not have money by buying them lunch, which they later pay for through their bodies. But as they grow up, the girls find it a source of income," she added.

During the International Day to End Violence against Sex Workers in December last year, Kisumu Sex Workers Alliance said they had concerns that some sex workers were recruiting children.

County Children Officer Charles Ondogo said, "Our sub-county officers have been working on the issue and one remedy was to have licensing agencies check on bars and clubs which admit children and take action against them."