Is your dressing the reason your career has stagnated?

By Tania Ngima | 4 years ago 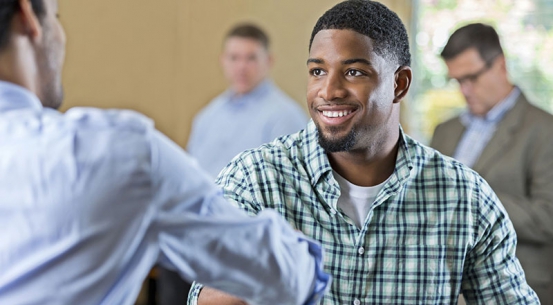 It may be unsurprising that how we dress has an impact on how we are perceived at work. What may be unexpected though, is just how far this impact goes, the residual impressions it leaves on our supervisors, and most importantly, the biases it creates and how they can potentially hold us back from achieving our goals.

Unless you are Mark Zuckerberg who can get away with wearing a hoodie, grey t-shirt and jeans to work every day, you may have to find a different way of expressing your individuality than through your physical appearance. I have yet to come across anything that depicts 'dress for the job you want, not the job you have' as starkly as a reality show I watched a few years ago.

The show is centred on mid-career professionals and business owners whose friends and families were holding an intervention for them on account of their poor personal style. The subjects were usually in the process of getting a business off the ground and needed help raising funds or securing contracts with larger, more established organisations.

Those in employment felt like they were not being taken seriously enough and had failed to be considered for a promotion at least once.

The business owners were then matched with potential clients and financiers who were interested enough in the business ideas to make time for a face to face conversation. There was one catch though; it had to be a blind interaction – with the two parties speaking from the opposite sides of a fully opaque screen.

Before the potential financiers and clients met the people they were speaking with face to face, they were asked to rate the individuals they were interacting with on different attributes – knowledge and experience around the industry they were operating in, leadership and likeability.

They were even asked, as a fun exercise, to construct a visual image of the person they had spoken with. Finally, they assigned an overall score to the individuals. They were asked to keep their scoring sheets until the end of the exercise.

In the case of the professionals in employment, honest feedback was sought from their colleagues, superiors and external parties like clients with regards to how good they were in their role and the reasons for which they may not have been considered for promotions or high visibility roles.

In the case of this show, all the subjects knew that they had been selected to participate due to their poor image – grooming, dressing and a wanting sense of style.

Most of them, though, were unwilling to change how they looked. One specifically said that her clients should judge her on the basis of the skills she brought to the table and not how she looked. Another said that his mode of dressing was a personal expression of who he was, and that being asked to dress like everyone else was essentially being asked to conform.

After the face to face meetings, 75 per cent of the potential clients and funders lowered the overall score they had initially given the targets of the intervention. The most common reason cited was "If someone cannot take good care of seemingly little things like their appearance, I cannot be confident in them to take care of my business/funds." As for the loss of individuality, the common outlook was that "it's a small price to pay to get to where you want."

"If I am attending a high profile meeting with say, a client, I am going to choose a low risk member of my staff to accompany me. I am stressed enough without having to worry if they will show up dressed inappropriately or if they will say something inappropriate at the meeting because they cannot read the room," a friend once told me when talking about the ambiguous things that prevent professionals from being exposed to high visibility situations that could propel their careers forward.

There are no rules on tats and piercings but unless you're a musician, expressing them can be frowned upon. Fortunately, most of them are easily concealed. But what about if you're sporting a tattoo in a place that's hard to miss?

You're unlikely to escape backlash, it may even go as far being associated with a poor show of character. As much as you can, cover tattoos up and take off jewelry from piercings unless they are extremely discreet and commonplace in your industry or company.

Most organisations have not changed their dress codes for decades. Some expressly state that their office is strictly a suit and tie environment. However, that's where the rules end. The culture of the firm will largely influence the dress code of the staff, with dress formality increasing correspondingly with client-facing and high-level executive interaction.

When in doubt, look to your boss or the most respected people in the organisation for guidance and follow their cues with regards to the level of formality and colours to incorporate into your wardrobe. An organization with 90 per cent of millennials will have a different dressing culture than one where the age demographic is much older. The main question is, who are the decision makers as regards career progression?

Remember people relate to (and promote) those who look, act, and appear most like them so if you want to align yourself with the right people, you will follow their cues.

Women need to keep in mind that where they are concerned, the rules may be a little more blurred. If a male boss is in charge of a woman and finds her dress code unsuitable, say hemlines are too short, seams too tight or shirts too revealing, he is unlikely to raise it with the employee for fear of sexual discrimination complaints, misunderstandings or from pure discomfort.

He will probably just keep a wide berth from you, and there goes your chances of a promotion.

Some industries have hard and fast rules that guide the dress code conversation within them. Law, accounting and finance (include all auditing functions) have pretty staid expectations and these are probably included in the employee manuals.

Creative industries like media and advertising are less conservative and provide for more leeway. This does not, however, provide carte blanch regarding wardrobe choices and how creatively you dress depends entirely on your immediate environment.

Remember the cardinal rules of the workplace. Dress for the job you want, not the job you have. When in doubt, consult with HR or the company handbook. Or even better, err on the side of caution every time. And this applies to the infamous Friday dress down too. Keep in mind – conforming is a small price to pay to get where you want to go.