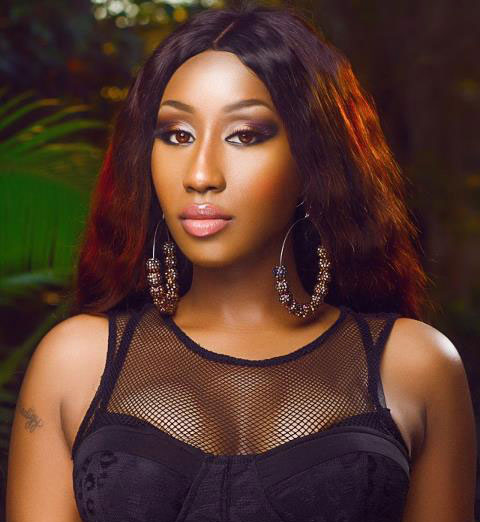 With ease, she drops the names of American celebrity icons Chris Brown, Diggy Simmons, Busta Rhymes, Cassie and Akon as some of the artistes she has done projects with.

Her eloquence, confident demeanour as well as her wide knowledge of the international showbiz game, bear witness to something clear; this is not any other upcoming Kenyan singer; she means business.

“I think singing simply runs in my blood. My dad was a musician before he saw the light. He was such a good guitarist that he would even strum it with his teeth,” she chides adding that Bamboo and Kimya, her two celebrity hip-hop heads, complete this family singing tree.

But why would such a talented singer, who started off as Mercy Myra’s back up singer at the age of eleven, before moving to the United States of America remain unknown to local fans?

In the US, she has crisscrossed several states working with big names in the entertainment circles and has hit songs like African Girl in America (Agia), Ayaya and Baby You making rotations on BBC Radio 1Extra. She recently signed up with Africa’s top recording stable Chocolate City.

“Upon arriving in Los Angeles, Laker Ron Artest discovered my talent and signed me. They taught me the art of song writing and before long, I was penning songs for big names and voicing for big stars. The songs were, however, not mine.

Later in 2009, I released a mix tape called Diplomatic Immunity hosted by 50 Cent’s DJ Whoo Kid. The song was my first major project and it opened doors for me to work with other big names across America,” she says.

“I then did a project with Timati, a Russian superstar. The song was big but he duped me and I had no rights over it after its release. I guess these are some of the pains you endure as a young star,” she remarks nostalgically, the memory clearly etched on her face.

“In America, the industry has a lot of respect for songwriters and I was making good money to pay my bills. I was also making crucial contacts and my career was picking. However, the truth is, there is usually little respect for black stars, especially the ‘black ones’ and to some extent, I was getting some opposition from people who didn’t want me to break through,” Victoria says.

“But the black community abroad works really close, and I started getting shows. I performed during the Sevens rugby circuit and Kenyans gave me a lot of love,” she quips.

Even though many of her Kenyan fans simply like referring to her as Bamboo’s sister, Victoria says she is her own girl and that even though she has a lot of respect for her two celebrity brothers, she would not like to ride on their success.

“Bamboo and Kimya have been here long enough and I respect that. Even when Bamboo was in the States, we would see each other once or twice, and that was just about it. I work hard for my success,” she notes.

With her latest release M’toto now getting favourable reviews across the continent, the otherwise social star says she is working on her debut album, Ayaya.

“I am in Kenya working on my projects and I will keep on doing my back and forth tours across Africa and America. Chocolate City has done a good network for me, and I believe that the sky is the limit as I keep knocking on new doors,” she concludes.