Opening up on her marital status during a previous Question and Answer session with her fans on Instagram, Marya said her three-year marriage is officially over.

"Are you officially divorced?" posed a fan. "Yes I am," she responded.

Not too long ago, Marya took to her social media comments section to correct any of her fans who referred to her as Mrs Raburu, requesting them to call her Ms Irungu instead.

"I am tired of deleting your comments every time! I am Ms Irungu," she said in a previous post.

Asked whether she had plans to settle down in marriage again, Marya responded with a "NO".

The couple parted ways in 2020 under unclear circumstances, a few months after losing their unborn daughter.

Word on the street had it that the news anchor had an extramarital affair. The claims have, however, not been confirmed by either Willis or Marya.

However, the lady accused of getting involved with Willis came forward and denied the allegations stating that she has never met him.

Speaking during an interview with radio presenter Willy M Tuva, Willis said he was to blame for the troubles his relationship faced as he exposed his private life to strangers.

"One, I love and respect Marya. Two, I don't blame anybody who said anything bad or good because I am the one that exposed my relationship in the beginning. It's not good to ask, why are people talking about me so much, yet I'm the one that put my business out there on social media for the world to see.

"I have chosen to be private. What I have picked from all the drama that surrounded my life is to be private. I also promised myself that the only time I will ever speak on what happened to my marriage in details is when Marya herself is present so that she can have a right of reply.

Soon after their split, Marya embarked on a weight loss journey that has left her almost unrecognisable. Marya says moving out of her marital home and starting life on her own pushed her to change a few things about herself.

"So I got back to working out in February, I had a lot on my mind, so I decided to take a random morning run. Then I started running daily after getting compliments from people who noticed the changes. I did that for a while until I started living alone. Living solo was another long process for me. It meant cooking for myself yet I love cooking for people.

"And because of the things I was going through at the time, it got to a place I could not eat, I did not want to be around food and I really shed a lot of weight until my parents noticed and asked me to go back home," she wrote. 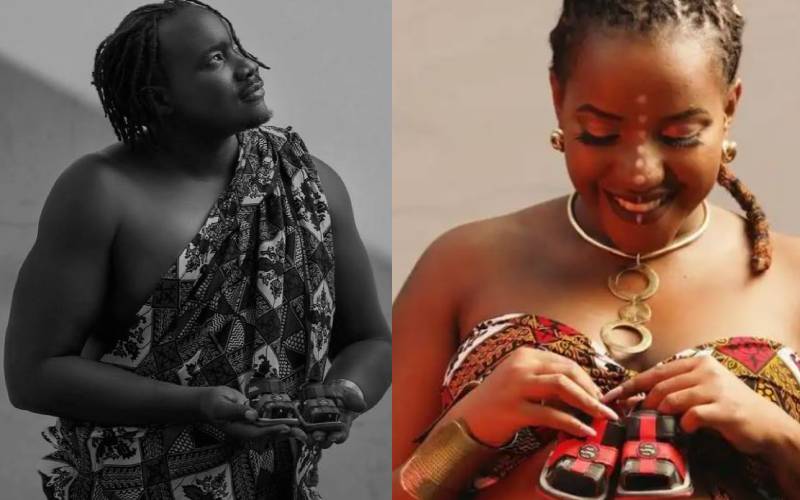